The big debate for some Liverpool fans is with regards to whether Luis Suarez will stay at Anfield next season? Every couple of weeks there are rumours that Luis Suarez is packing his bags, loading a hired van and shipping off to Germany. Then there are quotes from the player stating that he is happy at the club after having a fantastic year so far in only his second FULL season at Liverpool.

A quick look at the stats show how well the Uruguayan has played for Liverpool this season. He sits at the top of the goal scoring charts and is currently third in the league for chances created – as the images from our Stats Centre show. 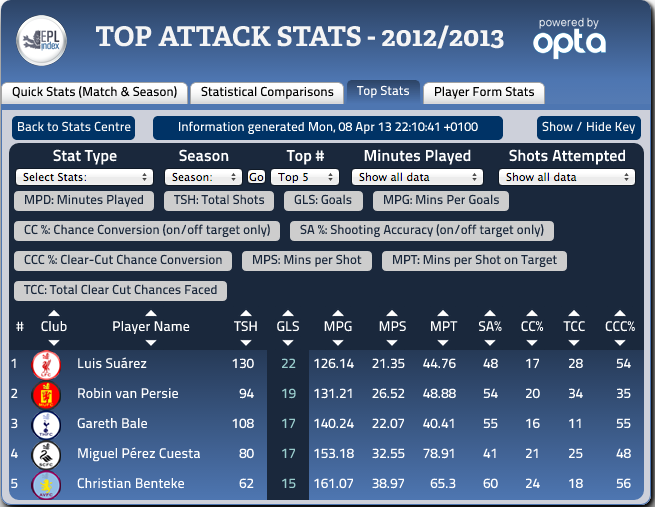 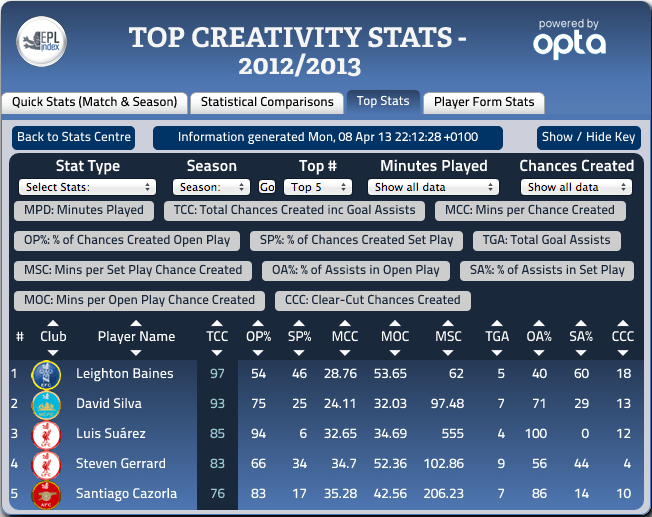 Reasons to Stay at Liverpool

Well those are the reasons we could think of. Are there any we’ve missed? Leave a comment below and how about you let us know what you think he will do at the end of the season?