Since Alonso’s big money departure to join Spanish giants Real Madrid, we have never quite come to terms with his loss. Many actually believe this has caused our decline over the last few seasons.

There have been few players like Alonso to grace the Premier League, but  Charlie Adam is currently the most Alonso-like player the league has to offer.

We came close to actually bringing Adam to Liverpool in the January transfer window, but that broke down with Blackpool not eager to sell their star man.

Using statistics avaiable to me, I will make the comparison between the two midfielders and see if Liverpool may bring in a player to finally plug the gap left by Alonso. 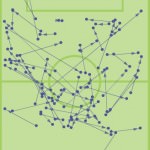 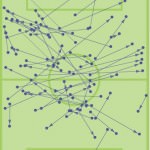 As you can see from the two chalkboards above, they both have similar passing ranges and look to play it out of similar areas.

But how do the two player’s statistics compare?

But what is impressive with Adam is the amount of passes he manages to make for Blackpool, in total he has made 702 passes, in the 11 games I have statistics for, this is on average 1.4 passes for every minute he is on the pitch. Alonso in his final season only managed to make 1.2 passes a minute for a Liverpool side in the midst of a title race.

Alonso and Adam are in the respective teams to be midfield player makers. Xabi Alonso in his final season made 3 assists over the space of 32 appearances, Charlie Adam has equaled that tally of 3 assists in his last 11 games for Blackpool.

Another statistic where Adam sits above Alonso is their average chances created per game, Alonso managed to create on average 2 chances per match, Adam however has managed to average 2.3 per match. Even if it is only a tiny difference the fact that Adam plays for a team sitting 16th in the league, speaks volumes for the player.

Despite the players both offering fantastic support to their team’s attacking efforts, playing in the centre of midfield requires you to be defensively sound as well.

Xabi Alonso does make more tackles on average per game than Adam, but Charlie Adam does have a 90% success rate over the 20 tackles he has made in his last 11 games. Alonso’s success rate sits lower at 69% over 87 tackles in 32 games.

Adam’s possession duel win rate of 58% sits 5% higher than Alonso’s at 52%, but the statistic that makes this more impressive is that Adam makes on average 18 possession duels a match, while Alonso only could manage 10 per match.

In conclusion Xabi Alonso’s passing ability is slightly better than Adam’s, but this difference shouldn’t be taken that into account as Charlie Adam is the most Alonso-like player you will find in the Premier League and I am sure that it will not only be Liverpool chasing him in the summer transfer window.

Adam’s defensive ability may actually make him a more useful player than Alonso to us at this moment in time, after the loss of Javier Mascherano.

If the Moneyball system ever highlighted a Premier League player as an ideal signing for Liverpool, it would be highlighting Charlie Adam.