Despite this seasons ups and downs there has been almost one constant in the side, Maxi Rodríguez.

Our number 17 has featured in 24 of our 31 premier league matches, joint in 5th place with Glen Johnson for season appearances.

But many people question why Maxi continues to be selected and feature so heavily in the side.

To start with Rodríguez actually has a positive effect on the team, in the 24 games he has featured in the side has a 52% win rate, but only a 14% win rate while he is out of the side.

But what is Maxi actually doing to help Liverpool achieve these victories?

He has an exceptionally high pass completion rate at 85%, which equates to 699 completed passes over the course of the season.

Out of 843 total passes made by Rodríguez, 31 of these have created a goal scoring chance. Sadly none of the 31 chances created by Maxi were converted, leaving him with a miserly zero assists.

What does stand out though, for the player who “runs down the wing for me” is his ability to put crosses into the box.

Rodríguez has crossed the ball only 14 times this season, with only two of them finding a man.

But what is the reason behind the lack of crosses from one of our only wide players? 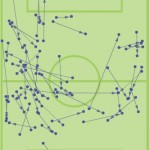 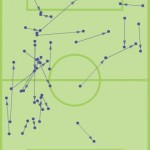 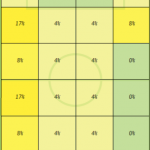 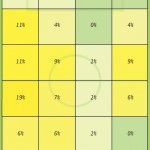 Here we have two heat maps and chalkboards from two wins that Maxi has featured in this season, one from each of Liverpool’s managers of this season.

Under Roy Hodgson, Maxi seemed as he was not encouraged to push forward into the advance wide areas on the pitch, in this particular match he spent most of the match in his own half, which was the 3-0 battering of West Ham.

This seemed to be characteristic of Maxi under Hodgson, but has much changed under Kenny’s guidance?

In terms of Maxi spending more time in the opposition’s half it has, but this has not truly transformed Rodríguez into an out and out winger.

Maxi’s accurate passing ability was mostly spent making backwards passes under Hodgson, under Kenny he has been encouraged to move the ball forward, which he does but doesn’t get the ball in the box enough to really cause the opposition any discomfort.

So despite Maxi being able to move the ball fairly well, but in an nonthreatening way what else does he offer to the team to make him a consistent starter.

It may not look obvious at times, but Rodríguez is a defensive work horse putting in no fewer than 55 tackles, coming out with the ball 75% of the time.

He is also not afraid to get stuck in, winning 102 of his 197 possession duels and not to forget the 44 interceptions he has made.

But do his defencive and passing abilities warrant him a frequent starting spot, in the current situation they do.

Liverpool have been short of real wingers for quite some time now, with this still the case Maxi Rodríguez provides a great solution and a perfect squad player once we find the elusive wingers that have been missing for such a lengthy period.

Like Dirk Kuyt, Maxi is no stranger to hard work and puts in consistent passing and defencive performances, while creating a few attacking chances that have not been capitalized on, with a bit of luck these statistics could of had a very different look to them.