At what has been akin to a graveyard for Liverpool recently, the Reds managed to recover from being a goal and a man down to win the game with virtually the last kick, with Christian Benteke calmly slotted a penalty away in the dying embers of the game as Crystal Palace continued their horrific run. It was also the first time in Premier League history that Liverpool have come from behind when down to ten men to win a game! 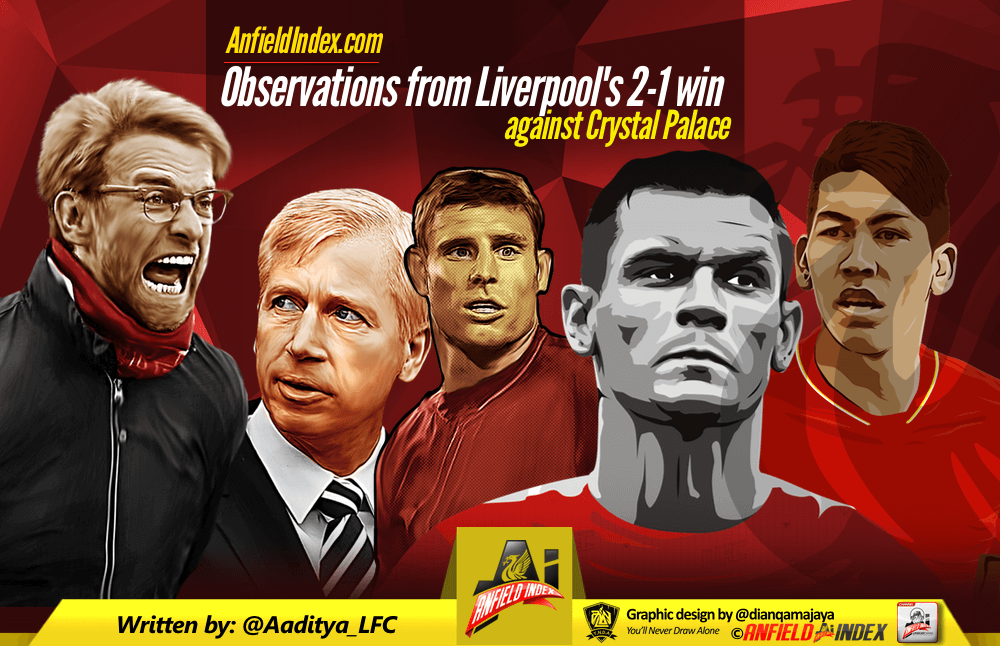 It was shaping up to be another frustrating afternoon for the Reds as Joe Ledley’s goal and James Milner’s sending off left them with around half an hour to save themselves from another disappointment at Selhurst Park.