The general consensus is that Liverpool need to sign another striker this summer. A guaranteed goal-getter to get the pulses racing inside Anfield and leave opposition defences quaking with fear. 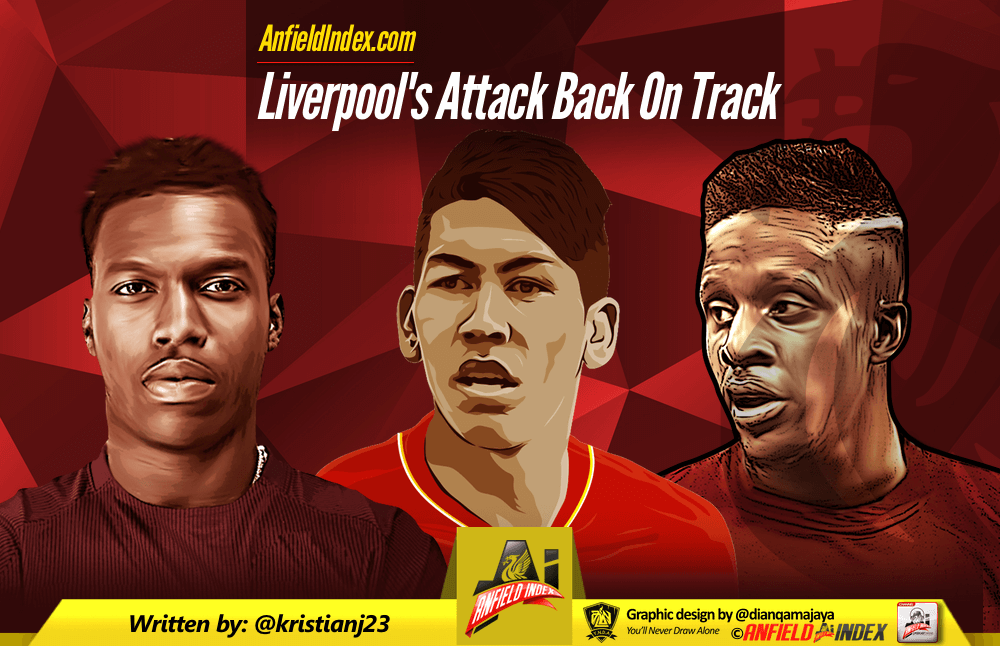 However, the Reds currently have four international strikers fully fit for the first time this season and the upturn in goalscoring form makes for good reading, as no Premier League side have scored more goals than the Reds since the turn of the year.

Most Premier League goals scored in 2016:

The luxury of having a wealth of quality forwards from which to choose is not an indulgence that many Liverpool managers have had in recent seasons.

Daniel Sturridge and Luis Suarez tore defences to shreds in 2013-14, but aside from that fearsome duo there was only corner-kick supremo Iago Aspas is reserve. David Ngog was Fernando Torres’s understudy for 18 months and even our Champions League winning squad was bare in attacking options, with Milan Baros and Djibril Cisse being the only senior forwards at the start of the 2004-05 season.

In contrast, Liverpool’s recent matchday squads have included an abundance of attacking talent both on the pitch and among the substitutes.

Take Sunday’s matchwinner, for example. It seemed to all and sundry that Christian Benteke’s days at Liverpool were numbered. The £32.5m striker didn’t even feature from the bench in the Capital One Cup final, despite Sturridge hobbling round the pitch for the majority of extra-time.

But his two cameos from the bench in the games since the Wembley showpiece have offered a glimpse of hunger and desire rarely seen in his Liverpool career to date.

In the 3-0 home win over Man City, Benteke bullied Nicolas Otmaendi and Vincent Kompany in the latter stages, winning free kicks in dangerous positions and laying off clever passes to onrushing teammates.

He was at it again against Palace, drawing the injury-time foul from Damien Delaney before rolling in the coolest last-minute penalty you’re ever likely to see. The reaction from the big Belgian told you everything you needed to know – Benteke left the pitch beaming from ear to ear as he shared a joke with compatriot Simon Mignolet.

It remains to be seen whether he’ll remain with the club beyond the summer, but he’s now singlehandedly won the Reds nine points with his goals this season – including winners against Bournemouth, Leicester, Sunderland and Palace – which may be enough to earn him a place in next season’s squad.

While Benteke’s presence in the starting XI has waned as the season has worn on, Roberto Firmino has firmly established himself as a first-choice forward under Klopp. Whether he’s playing in the No. 10 role or as a ‘False 9’, the Brazilian has been in scintilating form in 2016, netting seven goals and racking up four assists since the turn of the year – more than any other player in the league. 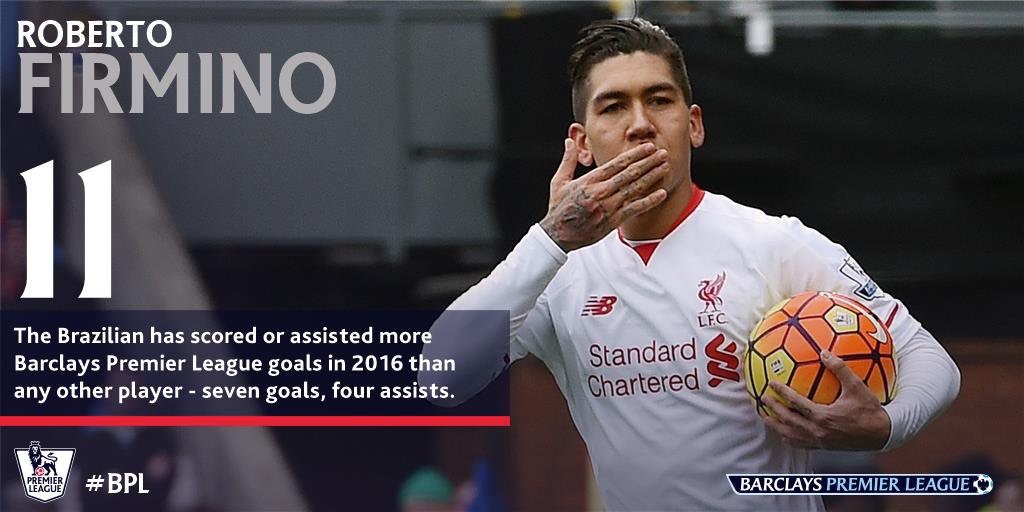 After a mixed start to life in English football, Firmino is beginning to show why almost £30m was spent to secure his services.

Perhaps the most intriguing forward in the current Liverpool set-up is Divock Origi. The youngster is undoubtedly still a raw talent, but the fact that he has been trusted over Benteke in recent matches is a testament to the talent that Klopp clearly sees in him.

His goal record to date in a red shirt isn’t anything to shout about, but his all-round play is improving with every game. Origi tirelessly runs the channels and his physical presence is vastly underrated. Scott Dann and Delaney endured a torrid afternoon up against the 20-year-old on Sunday, who has clearly spent time in gym during a spell on the sidelines after Klopp told him to “play like a man”.

Major question marks remain over the fitness of Liverpool’s best player, Daniel Sturridge, but his world-class quality in undeniable. Despite playing just six Premier League games this season, the 26-year-old has a better goals-to-minutes ratio than the league’s three top goalscorers at this stage of the season.

Sturridge’s minutes are clearly being managed more than under the previous regime and if the medical staff are able to ensure he plays more games than he misses, then Liverpool will begin to climb up the table.

Klopp certainly has an impressive pool of forwards from which to choose and this is before even mentioning the injured Danny Ings, who seems a perfect fit for Klopp’s gegenpressing style, with his relentless work ethic and impressive goal record in his short Premier League career to date.

With the Reds in the midst of a Europa League double-header against Manchester United, there’s no better time for Liverpool’s forwards to be rediscovering their goalscoring touch. Of course, they all need to ensure that both their form and fitness can be replicated over a longer period of time, but don’t be surprised if Klopp retains faith with the majority of those already at the club.