Liverpool take a healthy two goal lead into the Europa League second leg against Manchester United, but can be rest assured that things won’t be easy at Old Trafford, as the Old Enemy will look to pull all straps to ensure that they knock the Reds out of contention for their last piece of silverware for the season. 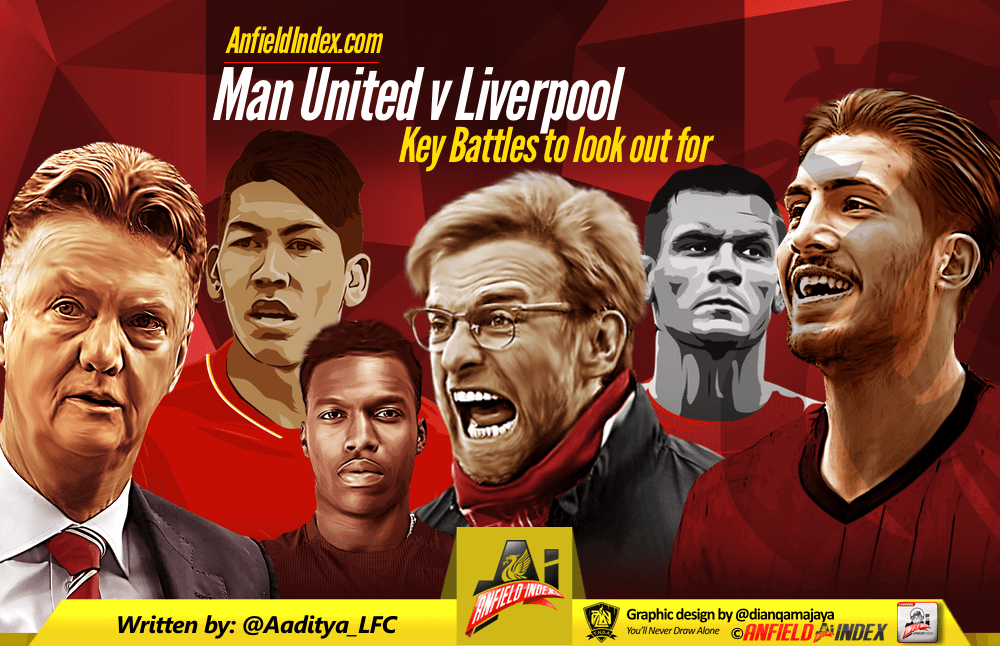 For Liverpool fans, what the first leg provided was wholesome happiness. It was a professional display from top to bottom, which led to the Reds winning 2-0. However, there was a tinge of disappointment that the scoreline wasn’t more lopsided despite us having multiple opportunities to do so.

I really think it would be daft to expect something similar in the second leg. The United faithful are going to do their best to make it hard for us. Whether their players do so is a different question, but one does get the feeling that this is going to be a more tactical battle fought by Jurgen Klopp than rushing at full throttle.

That brings us to what could be the key head-to-head battles that could be vital in deciding the outcome of our first European tie against the great rivals.

It promises to be a belter at Old Trafford, and the Reds will be gunning to deepen Louis van Gaal’s misery, and dump United out of European contention.

If you do fancy a bet on the game then you can keep up to date with football betting news at BetHut.