At this moment in time Liverpool fans are on an emotional come down. Some are taking to Twitter to vent their anger and frustration or their unwavering support. Others are quietly contemplating the summer ahead and who will be left to inspire our next emotional rollercoaster come September. 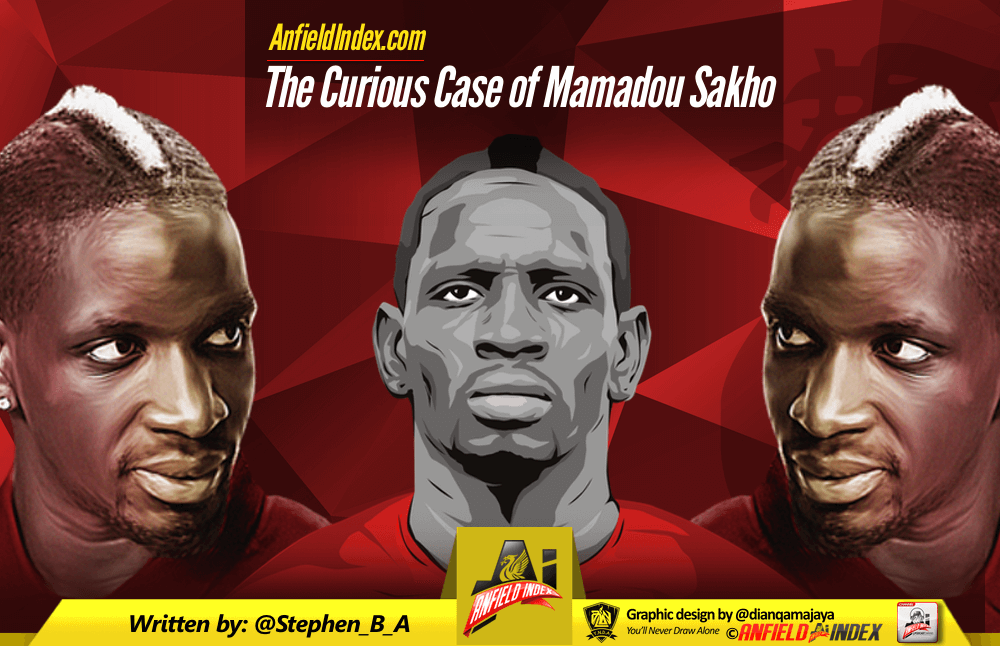 Which leads me to one of the biggest questions I have been contemplating of late. One that leaves my head battling my heart. This is certainly something that is not going to be clear for quite some time and leaves me pondering whether a favourite player of mine will go on to be a club legend or a failure of his own doing.

The curious case of Mamadou Sakho and his UEFA drugs charge.

Speak to anyone involved in sport, be it from a conditioning, skills or performance background and they will tell you that all sports suffer from drugs cheats. This isn’t because athletes are susceptible to taking drugs, rather it can be attributed to their desire to push the boundaries to maximise their success.

While this is not something I agree with – drugs cheats need weeding out as much as match fixing and other slights on our game, this is something I can understand.

Look at every day working life. How many people do you know with “creative” CVs? How many people will interpret statistics and results to back an argument at work that suits their ambitions over the company’s needs?

How many of us trade players in FIFA so we can win? Or use the Football Manager editor.

Which leads us to Sakho.

The spiritual leader of the team, the man who takes it upon himself to defend entire forward lines – sometimes at a cost – and truly divisive character. There are those who appreciate what he does both on and off the pitch, and those who lay blame at his door too often for my liking.

But Mamadou Sakho cult hero or not, has accepted a UEFA drug charge and will now be subject to an investigation. And, as many AI contributors have tweeted, we as fans need to hold off our judgement until his case is made public.

I find myself asking how does this happen in the modern game. If the papers are to be believed he has taken a banned fat burner but is pleading mitigating circumstances.

But how does a player make a mistake like this?

Surely with the club doctors, nutritionists and other sport science experts, not to mention a club mate who has suffered a similar fate, you would think there is a support structure in place to prevent such things happening.

As a professional athlete and with experts on hand, why would you even risk taking a supplement without having someone in the club approve it first? As per my previous comment, we should leave judgement until the case is heard, however it’s a question that I’m very much interested in hearing the answers.

Where this leaves me is how do we feel as fans when players seemingly make these errors of judgement. You only have to look through the recent Twitter rants so see the mixture of anger, disappointment and horror.

I personally feel that we, as fans, have been let down by a man who represents what Liverpool FC is to me.

Sakho’s a proud fighter with a never say die attitude and an appreciation of the club’s fans. He is lauded for his work in the community and the charities he helps in Liverpool and Paris. He leads by example.

But what example is he setting for other young fans and footballers?

Players have been caught for a variety of offences over the years. Some who’s careers and finances have been ruined, others who have continued to forge successful careers after their ban.

Kolo Toure was given a six month ban for a similar offence. He is now a footballing cult hero. Whether speaking to Liverpool, Arsenal or Man City fans you never hear a bad word said about him as a person. We all love his ever present smile, his never give in attitude and his Chuck Norris comparisons.

Rio Ferdinand was banned for 11 months for missing a drug test. There were multiple rumours as to why this happened and though his career could have been ruined, he’s a United legend and was an England stalwart.

Then there’s Adrian Mutu, sacked for indulging in recreational (but illegal) drugs. Sued for £17.5 million by Chelsea and forever tarnished.

Do we as fans have selective memories, do we differentiate between circumstances or do we follow the narrative that suit us as people or our clubs?

It is yet to be seen if the fans or management will hound Sakho out of our dear club, or support his recovery back into the team. My heart hopes for the latter.

This truly is a curios case for Mamado Sakho.