Looking ahead to next season I wanted to write about a time when the FA Cup still meant a great deal to all clubs and managers.

Defeat to Sevilla last month ensured that Liverpool’s focus is going to be domestically fixated next term. With no European football to contend with surely Klopp will want his men to compete on all three fronts at home? 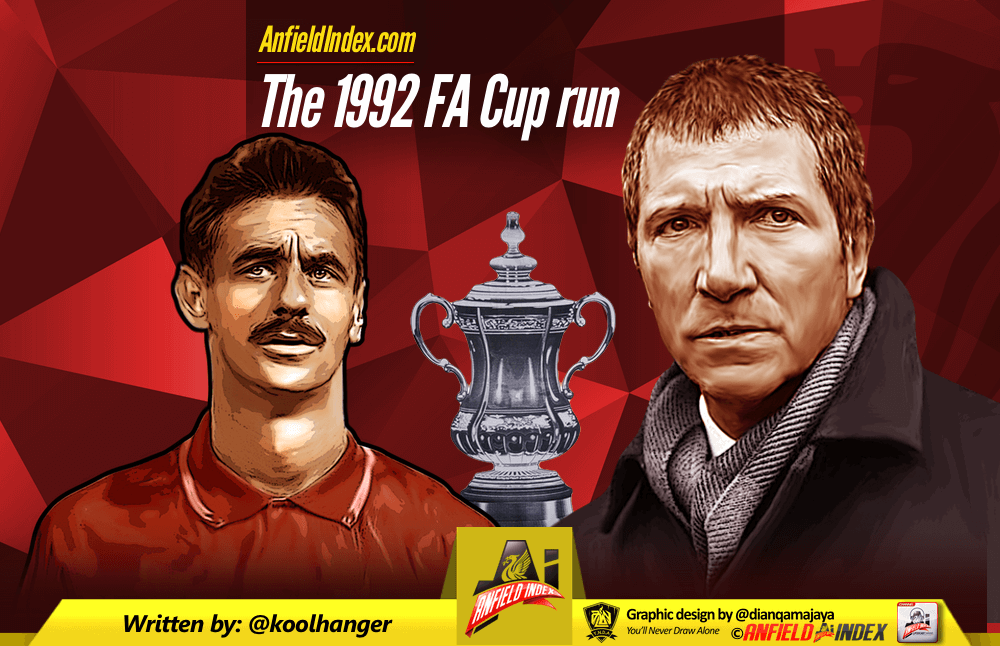 Ronnie Moran Leads Them Out

On 9th May 1992, Wembley Stadium was the venue for Liverpool’s fifth ever FA Cup triumph.  Assistant Manager, Ronnie Moran, proudly led his club out that day instead of Graeme Souness.  The Scotsman was just out of hospital after major heart surgery but was in the dugout for the game.

Souness had taken charge of the Reds in April 1991 after Dalglish had left two months beforehand.  His greatest struggle was trying to enter an ageing squad of Kenny’s into a transition phase.  Souness tried to achieve this change overnight and it backfired on him badly.

Liverpool came sixth in the league that season, the final season of the old First Division.  It was their worst league finish since 1965.

The 1991/92 season also saw Liverpool’s (and all English clubs) return to European competition after the ban from the Heysel tragedy.

From a Liverpool perspective the 1992 FA Cup final is mostly remembered for two reasons; the performance of a 20-year-old, waif-like winger named Steve McManaman, and a screamer of an opening goal from Michael Thomas.

Let’s have a look at how we got to Wembley that year.

Liverpool travelled to Crewe to begin their FA Cup journey that season under floodlights.  A John Barnes hat-trick following McManaman’s 10th minute opener saw off Dario Gradi’s men.  Barnes’ backheeled beauty was the goal of the game (skip to 48 seconds on the video below).  Liverpool were in that awful dark green kit, ensuring Barnes’ goal was the only thing pleasing on the eye that night.  We put out an almost full-strength line-up, something you don’t see much of anymore, at least in the early rounds of the cup.

The only recognisable name in the Crewe first eleven was that of Craig Hignett, who would go on to forge a decent career for himself with Middlesbrough in the late 90’s.

Twerton Park was the venue in the fourth round.  It was Wednesday, February 5th, and Liverpool were held to a 1-1 draw in Bristol.  Dean Saunders had put Liverpool ahead at half-time but his namesake, Carl Saunders, equalised on the hour for Rovers.  The Pirates more than deserved the draw and earned themselves a well-deserved replay at Anfield the following week.

Rovers nearly finished the job in Liverpool.  They led one-nil at the halfway point, Carl Saunders again proving to be the thorn in Liverpool’s side.  McManaman equalised for Liverpool after the break with Dean Saunders bagging the winner in the 77th minute.

Liverpool were through, but they were looking only a shadow of their former selves.

Another replay was needed in the next round.  An Ipswich team containing the likes of Craig Forrest, John Wark, Jason Dozzell and Chris Kiwomya, held the Reds to a scoreless draw at Portman Road.

The ever-forgettable Hungarian international, Istvan Kozma, came off the bench to make his Liverpool debut that night.  Souness had purchased the unknown midfielder for £300,000 from Dunfermline Athletic earlier that month.  Kozma would go on to make a not-so-impressive six appearances for Liverpool before being released in July the following year.

The replay was a far more exciting affair.  Irishman, Ray Houghton, gave Liverpool the lead but Gavin Johnson equalised in the last minute of normal time.  Dozzell then put Ipswich ahead in front of a stunned home crowd in extra-time.  Our great Dane, Jan Molby, managed a cracker of an equaliser two minutes after Dozzell’s goal.  Then two minutes later again, Steve McManaman scored what turned out to be the winner.  3-2 to Liverpool.

Villa came to Anfield for the quarter-final tie.  It was a beautiful, sunny day on Merseyside.  Michael Thomas grabbed the only goal of the game in the second half.  John Barnes split the Villa defence with an absolutely perfect pass and Thomas made no mistake with the finish.

On to the semi-finals, and again, a replay was needed to progress.  Not only a replay, but a penalty shootout at the end of the replay too.

Portsmouth, from the Second Division, had been one up in extra-time at Highbury in the first game. Darren Anderton had given them the lead, only to have his goal cancelled out by a Ronnie Whelan equaliser in the 116th minute.

John Barnes curled his free-kick against the inside of the post.  The rebound came back across the six-yard box after a diving Alan Knight was left helpless.  Whelan was already celebrating as he put it into the empty net.

I met Ronnie a few months back.  I wanted to ask him about that goal but he was too busy hiding his pint for the picture to listen to me properly. 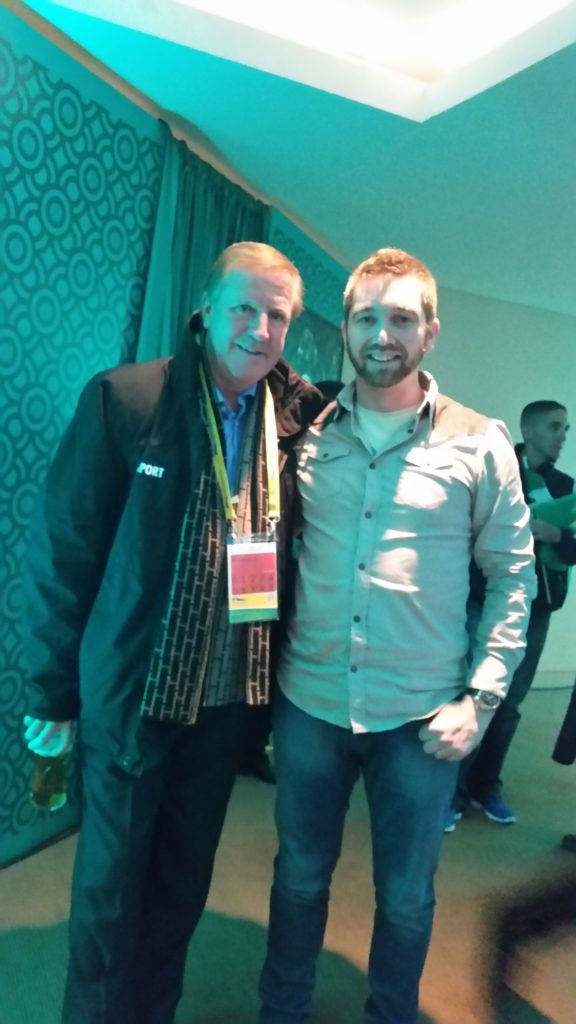 John Beresford and Kit Symons were also a part of that Portsmouth first-team.

The replay was at Villa Park and it finished 0-0 after another 120 minutes of football.  Barnes, Rush and Saunders scored the Liverpool penalties in the shootout to put the Reds into the final.

On to Wembley the Reds went.  The opposition was Sunderland, another Second Division outfit. 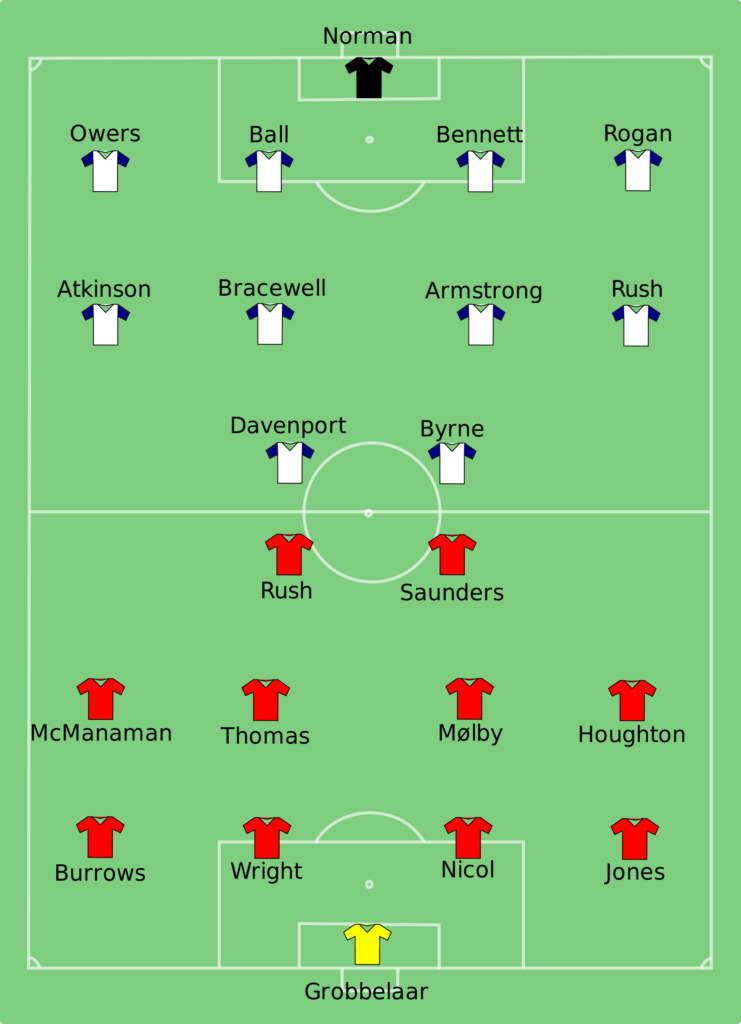 McManaman returned to the starting line-up after missing a month of action due to injury.  He was voted Man of the Match with an absolutely scintillating performance.

This was the game that really turned Steve McManaman into a household name.  He was such an exciting talent to watch, always willing to run at defenders, rarely going back towards his own goal.  He gave the Sunderland defence a torrid time in front of almost 80,000 that day at Wembley.

It was McManaman’s running down the right that set up Michael Thomas to bang in the opening goal just two minutes into the second-half, and what a goal it was from Thomas.

Twenty minutes later it was the turn of Ian Rush to nab our second.  Saunders combined with Michael Thomas to tee it up for the moustached-maestro.  He passed it into the corner of the net, like only Rush could.  Five FA Cup final goals, what a tally for the club’s record goalscorer.

Sunderland had given a good account of themselves in the first-half but once Liverpool went ahead the result was never really in doubt.  Sunderland were actually presented with the winner’s medals in error. This was noticed by the players themselves on the pitch afterwards.  They then swapped them with the runners-up medals the Liverpool team had received.

The club was a giant struggling to prevent an oncoming sleep.  The cup victory was a last glimmer of hope that jerked us awake momentarily.  However, we drifted into slumber shortly afterwards.

That season’s FA Cup win was a clumsily-placed cherry on top of an already crumbling cake.

Klopp has to concentrate all our efforts domestically next season.  Even though the cup may have lost much of its appeal to the clubs themselves I think the magic often lives on through us, the fans.

Success begets success, and gathers momentum.  A top-four finish has to be the priority next season, but wouldn’t it be great to bring home the cup again too? 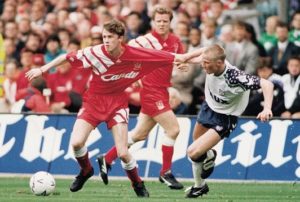 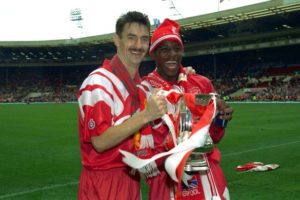