The picture below was posted on Social Media recently. It’s of Jurgen Klopp holding a tactics board while talking to the squad during preseason. It’s a picture that has generated a lot of debate on Twitter with fans talking about how the team lined up on the board. 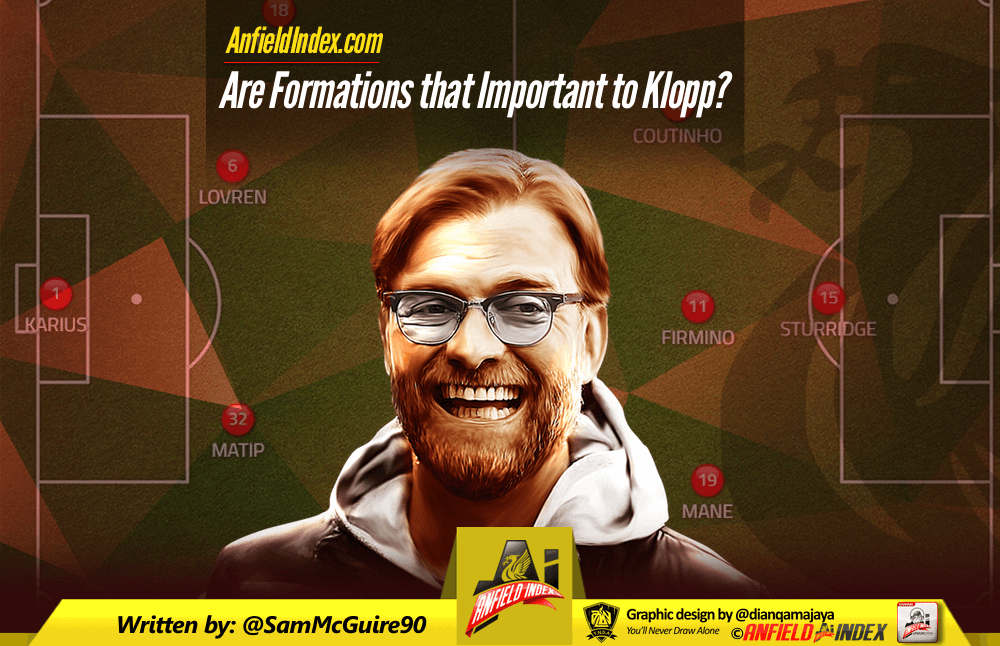 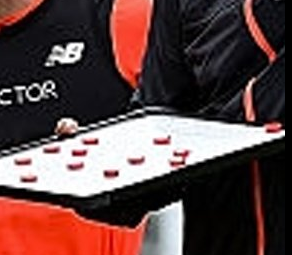 Depending on how you view it will have an impact on what formation you see. If you work under the assumption that Klopp is showing it to the players then it’s a similar tactic to the one used against Tranmere in the recent friendly. It’s a 4321 formation of sorts with one of the midfielders dropping between the centre-backs, the full-backs pushing high and wide and the two players behind the striker being fairly narrow. It’s a formation that Klopp used at Liverpool early on in his reign.

However, if you think Klopp is looking at it front on then the formation is the usual 4231 formation with the full-backs pushed on. Many assume it’s this formation because it’s one associated with Klopp – it’s his Dortmund formation.

Although the press will have you believe that Klopp isn’t tactically flexible that’s not the case. Last season Liverpool played a variety of formations with plenty of tweaked tactics. Formations aren’t the be all and end all, they’re simply a starting position. That’s why a lot of the time last season when the Reds started with a 4231 it often turned into a 4411 formation when not in possession. Liverpool also used a back three formation and a diamond at times.

To date Klopp hasn’t signed many players but the signing of Sadio Mane changes things dramatically. Mane’s explosive pace gives something they lacked last season. His inclusion, along with the likes of Roberto Firmino, Philippe Coutinho and Daniel Sturridge, enables Liverpool to have not just a fluid and interchangeable attack but it gives a threat in behind. We’ll no longer just be playing the game in front of the opposition. It automatically gives the team a plan B option without drastically changing the tactics. It’s not like throwing Benteke on and lumping balls into the box. Instead Liverpool can take a more direct route and use Mane’s pace to stretch the opposition if necessary.

Such fluidity in attack will mean the claims of having a stationary attack are left in the past. It gives Klopp options going into the new season. 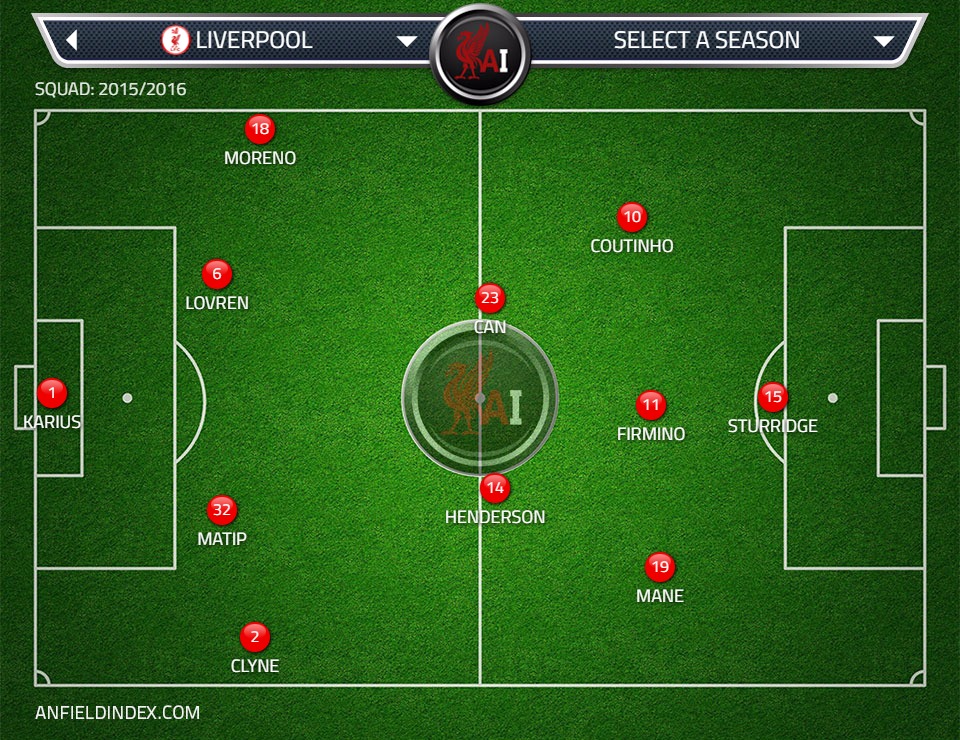 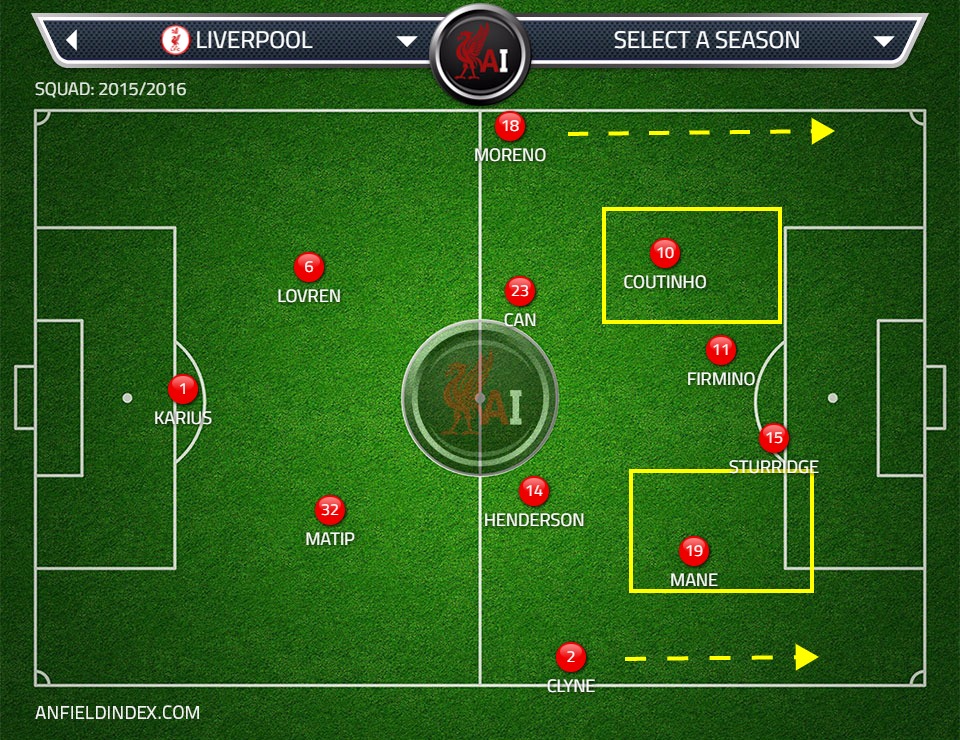 The 4231 system turns into almost a 244 system when Liverpool are attacking in possession. Both Phil Coutinho and Sadio Mane like to come centrally so the width will come from the full-backs, Nathaniel Clyne and Alberto Moreno. All four of the attackers are able to play across the attack and all four are interchangeable. Roberto Firmino will support Daniel Sturridge, partnering him in attack and at times playing centrally on his own when Sturridge drifts and wanders like he’s known for. It’s fluid. It’s a rotisserie and an onslaught. 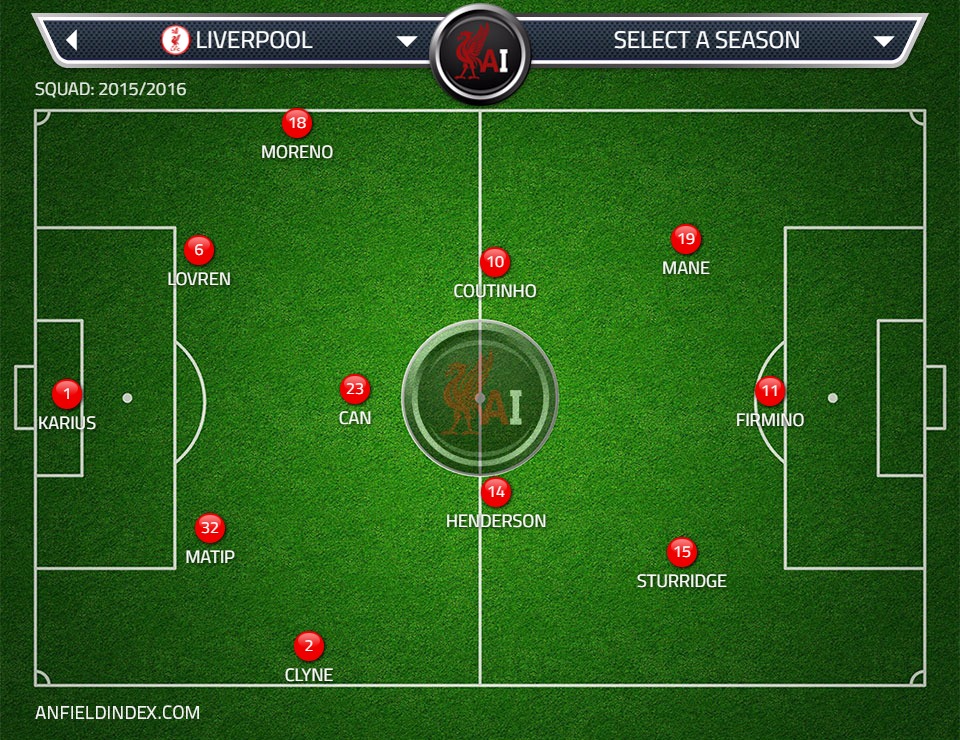 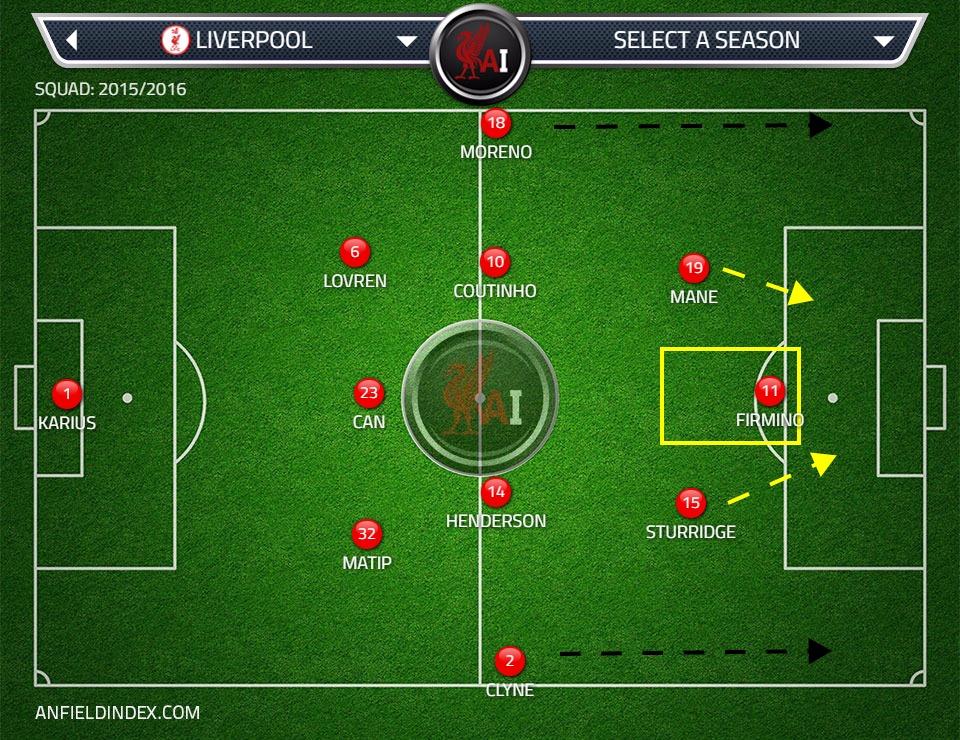 The 433/4321 system. The centre-backs split and the deepest midfielder drops between them and acts as a tempo setter. The addition of a third midfielder doesn’t detract from the attack as this tactical tweak allows the remaining two midfielder, in the picture it’s Philippe Coutinho and Jordan Henderson, to support the attack. You’d look to overload and dominate the game centrally and the full-backs will once again be the outlet out wide. Coutinho in a withdrawn position would enable him to influence the game like he did in 2013/14. It’s something all Liverpool fans have wanted to see.

In attack the three would be Daniel Sturridge, Sadio Mane and Roberto Firmino. Fans may believe using Sturridge on the right is a waste but as he showed for both England and Liverpool he’s not the sort to stay wide, he drifts centrally and gets beyond the playing in the centre, in this instance it’s Roberto Firmino. You also have Mane doing what he does best and getting beyond the striker. At times it’s almost a diamond formation with Firmino dropping to the 10. In theory it’s a nightmare for the opposition. 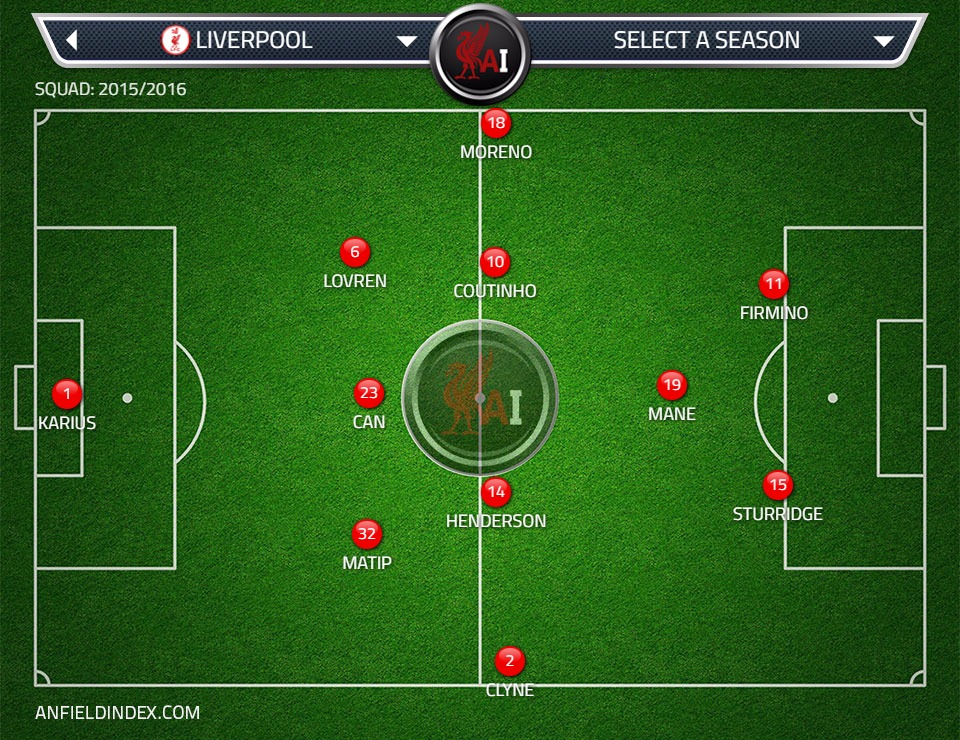 Similar to the 433 system with a subtle difference. The strikers, Roberto Firmino and Daniel Sturridge, will drift wide or drop centrally and it’d be up to Sadio Mane to make the decisive runs beyond. It’s a position he played for Southampton so is something he’s capable of doing but it’s reliant on Firmino and Sturridge dragging players out of position and creating space for the Senegalese attacker.

It simply highlights how if you get too hung up on formations you miss what’s actually going on. They’re nothing more than a guide to go off.

Liverpool have an abundance of options with just that starting XI. The formations may differ depending on what Klopp expects from the team when not in possession but you’d imagine the roles of the players when attacking will be the same regardless of the formation deployed at the start of the match. Emre Can will look to start attacks from deep if another deep-lying playmaker isn’t signed, Phil Coutinho will be expected to help out in midfield, the full-backs will be the ones to offer the width and both Firmino and Mane will be tasked with supporting the striker. The only thing that will differ is their starting positions.