It’s never truly worked out for Joe Allen at Liverpool, has it?

Hailed as the man to translate Brendan Rodgers’ ‘Death by Football’ philosophy onto the pitch, the wee man battled a shoulder injury throughout his first campaign with the club and has struggled to nail down a first-team spot ever since.

But then came the beard. 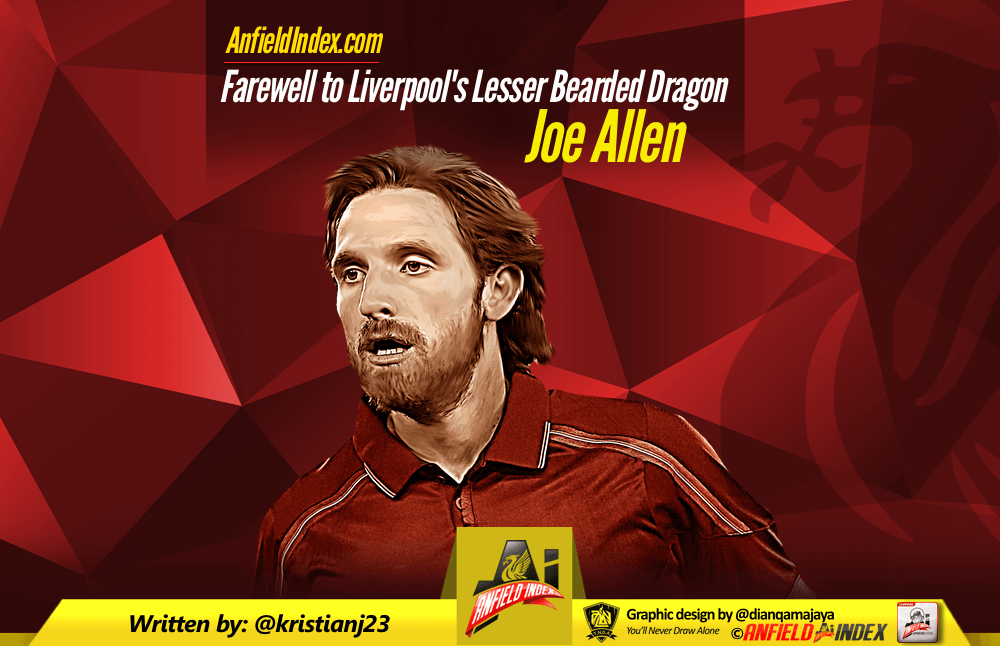 Allen’s cult status with the Reds took a meteoric rise when the first pictures emerged of the previously baby-faced midfielder sporting stubble. It wasn’t just the Jesus look that endeared him to the fanbase though. Since working under Jurgen Klopp, Allen has shown a tenacity and fight rarely seen before. He even pitched in with a crucial last-minute equaliser in the 3-3 thriller with Arsenal.

He carried his fine club form into Euro 2016, where he helped Wales to a historic semi-final berth and earned a place in the UEFA Team of the Tournament alongside the likes of Toni Kroos, Antoine Griezmann and Cristiano Ronaldo. Clearly the Welshman isn’t in the same bracket as that trio, but his assured performances in the red shirt of Wales ensured that those outside the Liverpool sphere were offered a glimpse of his late-season form under Klopp. It also allowed the whole of Europe to get involved in #JoeAllenAppreciationDay, something we can all get on board with.

Here’s the official #EURO2016 Team of the Tournament… 👏👏👏 pic.twitter.com/wnBmXUPxfd

Yet for all his qualities, Allen has never quite done enough to warrant a place in the Liverpool starting XI.

He’s neat on the ball, but doesn’t find the back of the net regularly enough. Seven goals in 132 Liverpool appearances tells its own story. The arrivals of Marko Grujic and Georginio Wijnaldum – both of whom will offer a significant goal threat from central midfield – are a clear indication that Klopp wants numbers, something Allen hasn’t been able to offer throughout his career.

It could be said that Allen is a safer pair of hands than Emre Can, the man around whom the Liverpool midfield is being built. However, the only reason Can is a little more unpredictable is because he’s a far more gifted footballer who is willing to take risks. Allen will keep any side ticking over, but there’s not enough pizzazz in his game. What’s more, Can is six inches taller than Allen and much more physically imposing – a crucial trait in any side managed by Klopp.

He’s always been a nearly man. A nice footballer to watch, but he rarely does something to get you out of your seat. Always making clever passes, but never the final killer ball. A neat swivel to get away from his man 50 yards from goal, but rarely inside the box.

A catalogue of niggly injuries haven’t helped. Every time he got a run of strong performances under his belt, he was struck down by a strain or a knock. Even throughout an impressive Euro 2016, a minor knee injury threatened to keep him out of the side on more than one occasion.

A move away from Liverpool is looking increasingly likely. There’s no doubt Allen will go on to have a fine career away from Anfield, be that with Stoke, Swansea or even Sevilla, but if Liverpool are to break into the top-four on a regular basis, an upgrade on players of Allen’s ilk is a must.