Liverpool will be hoping for a calmer three points this week, as they head to Turf Moor to take on Burnley in their second game of the 2016-17 Premier League season.

The game was initially meant to be played at Anfield, but due to the Main Stand developments, the two clubs agreed to flip the fixture list on its head, meaning the Reds have got one more away game after this until they return home to their 54,000 seat ground. 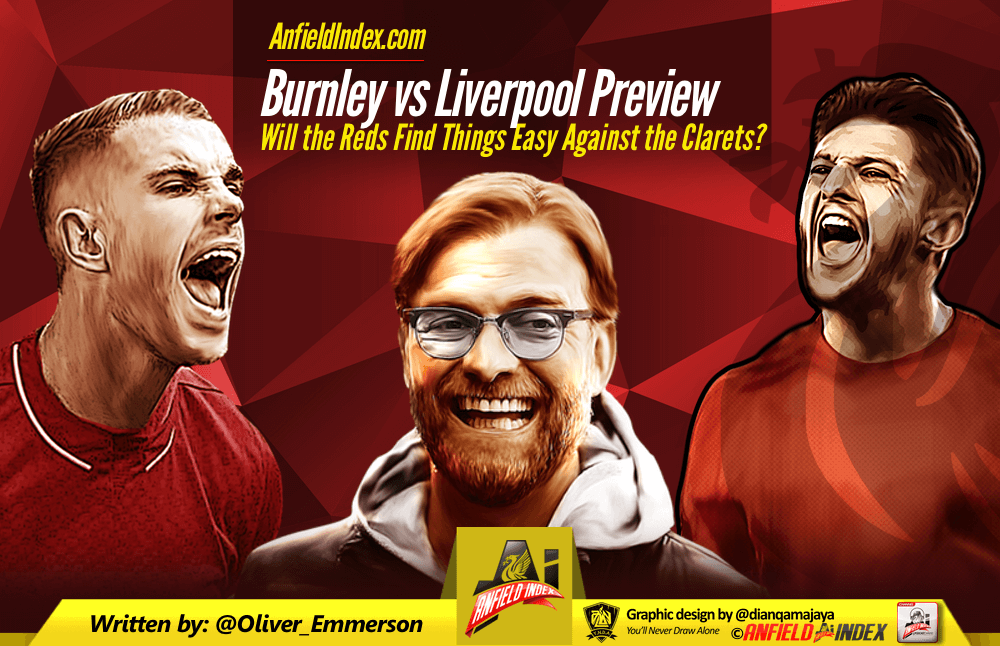 Whilst last week we took a look at Arsenal and Liverpool’s respective pre-season campaigns, the season has now started, so we’ll turn our attention to current form – even if that is just one game for each team.

As if anyone needed reminding, Liverpool swept to a glorious 4-3 win at the Emirates, with a spellbinding period at the start of the second half sealing it. The two teams went into half-time at 1-1, Theo Walcott’s opener cancelled out by Philppe Coutinho’s free-kick. However, the three points were virtually sealed thanks to goals from Lallana, Coutinho again and then a stunning solo strike from Sadio Mane. The Gunners did get back into it through goals from Oxlade-Chamberlain and Chambers, but the Reds clung on to take three points back to Merseyside.

Burnley kicked their season off at Turf Moor by hosting Swansea City, but ultimately didn’t take anything from it as they lost 1-0. It looked like the Clarets might steal a win, missing chances as the game stayed at 0-0 for the majority, before Leroy Fer struck with less than 10 minutes remaining to give the Swans all three points.

Sadio Mane’s shoulder injury is the headline team news ahead of the clash, after the Senegalese winger clashed with another player in training on Wednesday, forcing a trip to hospital, where it was confirmed that he hadn’t dislocated his shoulder. Jürgen Klopp revealed that the injury isn’t too bad, but admitted that Mane could miss Saturday’s game as a result.

Joe Gomez, Loris Karius and Mamadou Sakho remain sidelined, whilst Lucas, Daniel Sturridge and James Milner returned to training this week. Only the latter is expected to start, coming in for Alberto Moreno at left-back following the Spaniard’s poor showing on Sunday. Klopp might be tempted to use a more out and out striker, such as Divock Origi, as Burnley are likely to use a deeper line than Arsenal.

Burnley do have on name available that they didn’t have last week, having completed the signing of Steven Defour from Anderlecht on a three-year-deal, paying a club record £8million. Liverpool fans hoping to see Jon Flanagan play will be disappointed, as he’s not allowed due to FA loan rules. Burnley have one of the division’s best injury records currently, with just Ashley Barnes sidelined.

Liverpool beat Burnley 2-0 in their last meeting, March of 2015 at Anfield. It was Liverpool’s sixth win in seven games, on that glorious run of form that put them back into top four contention, only for two defeats in a week to Manchester United and Arsenal to derail those hopes. Jordan Henderson was Man of the Match that Wednesday evening, scoring the first before setting up Daniel Sturridge later on in the game.