Jurgen Klopp’s at it again, isn’t he?

There’s outside the box and then there’s Jurgen Klopp levels of outside of the box. Just when you start to scratch your head and question the logic behind it all it clicks into place and you feel stupid yourself for not seeing it originally.

Adam Lallana as a box-to-box midfielder – his dribbling and ability to play on the half turn make him an ideal candidate to break the defensive lines. Jordan Henderson as the deepest midfielder – using him there utilises his ability on the ball; It’s sometimes vanilla but he keeps the team ticking over. His stamina and speed mean he’s able to make up ground and cover if a team counters. James Milner as a left-back – his engine means he’s able to continuously support the attack as well as the defence. He’s got good delivery from out wide and he doesn’t waste possession.

We can now add Emre Can to that list.

Many, myself included, thought upon his return Klopp would restore Emre Can to the deepest midfield role. It’s a position he excelled in last season and he really come into his own in the absence of the injured Jordan Henderson. It all come to a boil in the Europa League semi-final against Villarreal as Can put in a MOTM performance and sparked the Reds recovery from a goal down from the first leg. It just made sense, on paper at least, to use Can there especially when you consider Jordan Henderson had previously performed well in the box-to-box role in Liverpool’s 2013/14 season.

Pick yourself up off the floor. I’m allowed to say nice things about Henderson. I don’t, despite people thinking otherwise, have an agenda against the captain.

However, since Can’s return to the first team, granted it’s only been two Premier League matches, he’s been deployed as a box-to-box midfielder. He’s been given the license to attack and he’s been unfortunate not to score a goal. He had Liverpool’s best opportunity against Manchester United and a few against West Brom. He’s definitely a goal threat and it’s only a matter of time before he’s on the scoresheet. It’s not something many fans had envisaged when thinking about the German midfield. It’s as though he’s been unleashed. 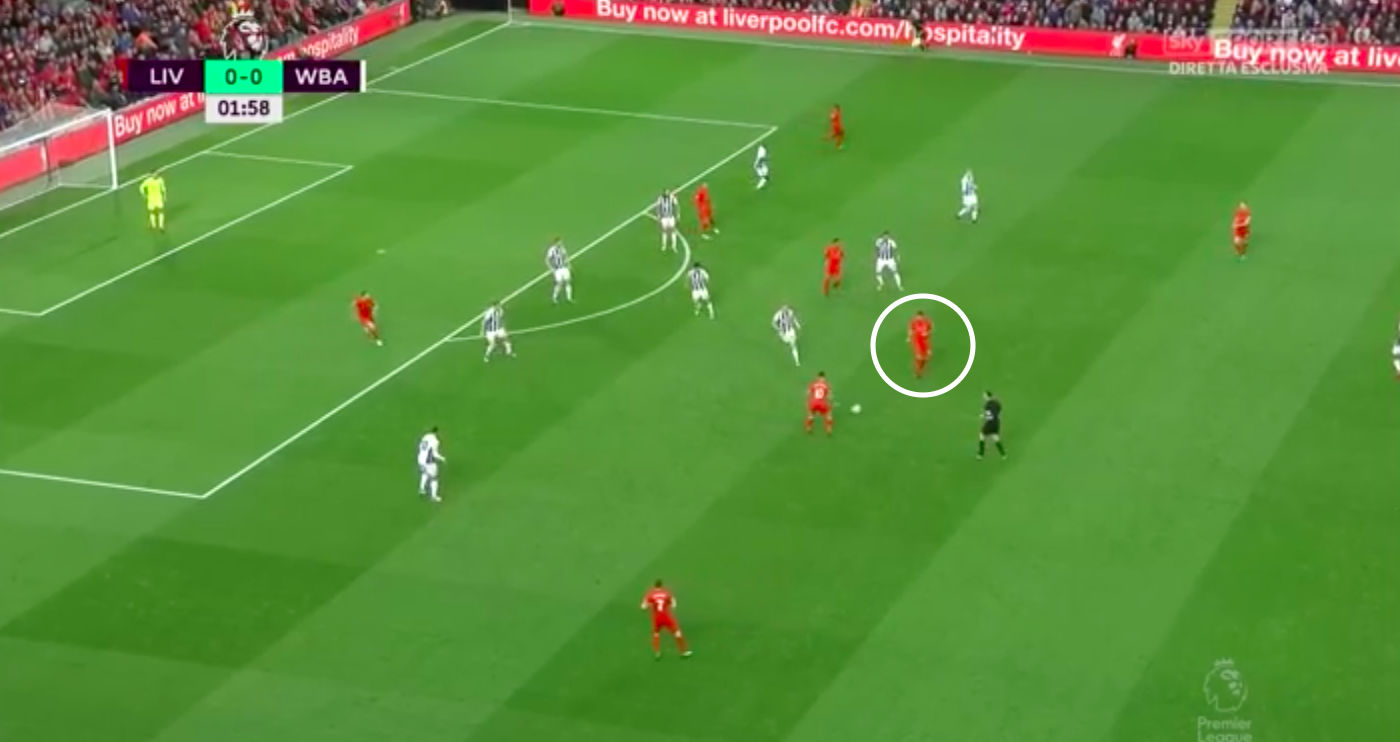 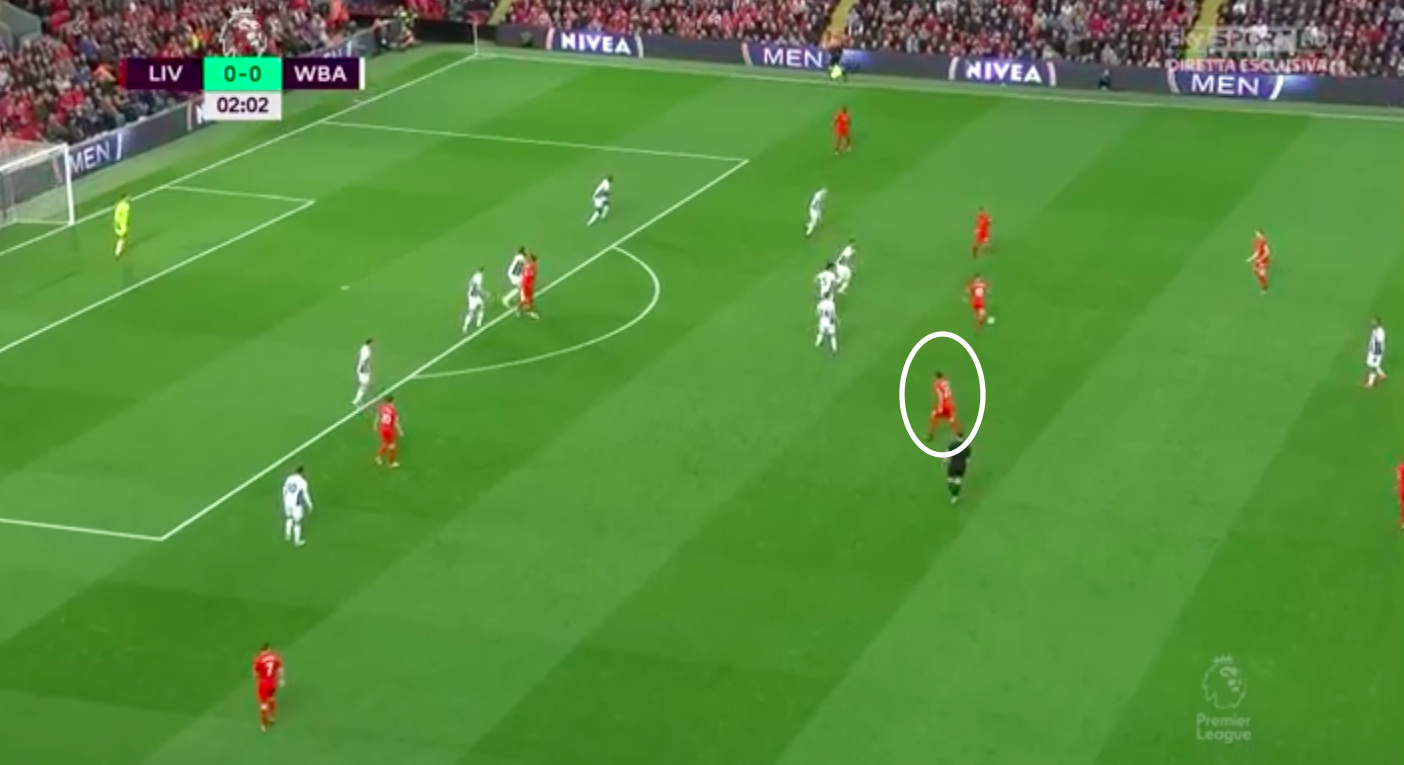 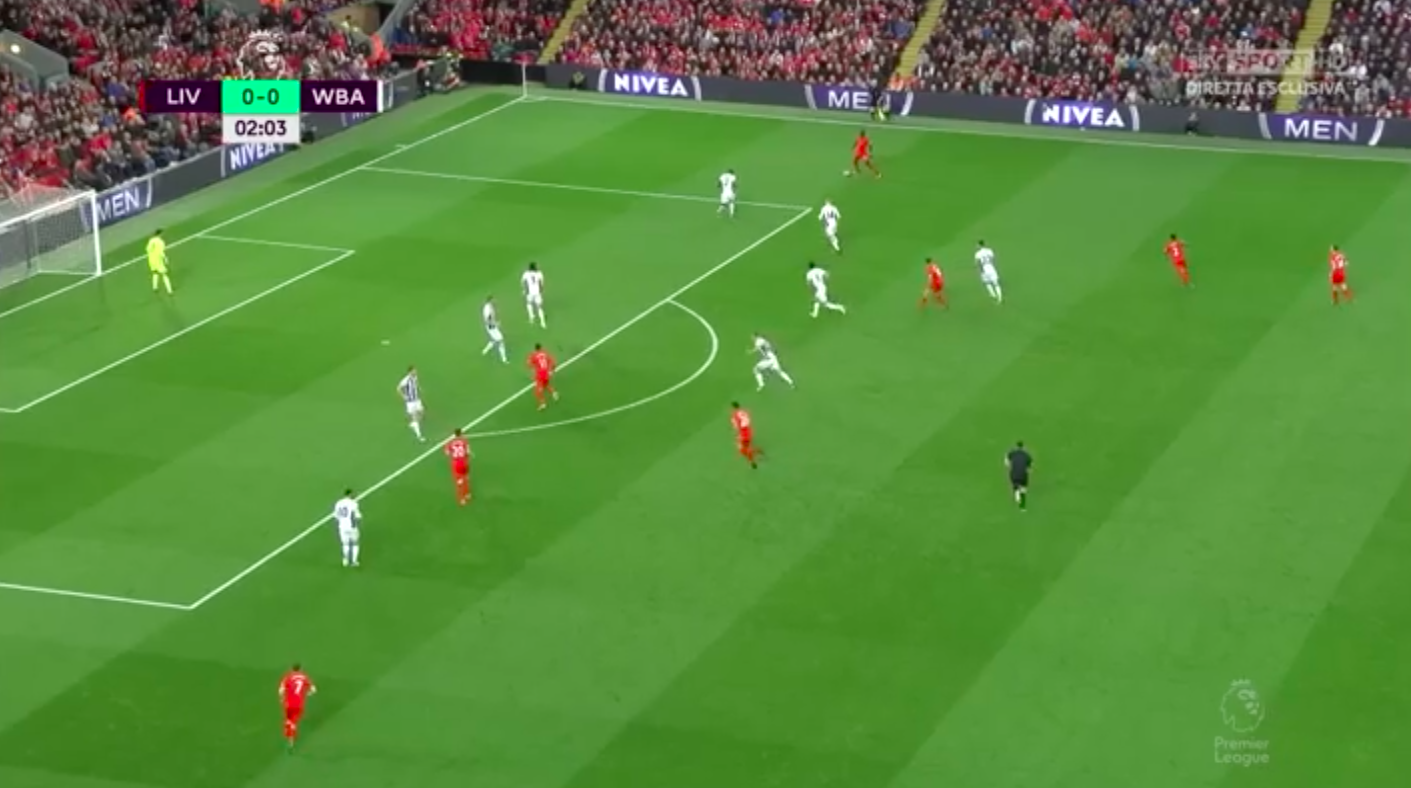 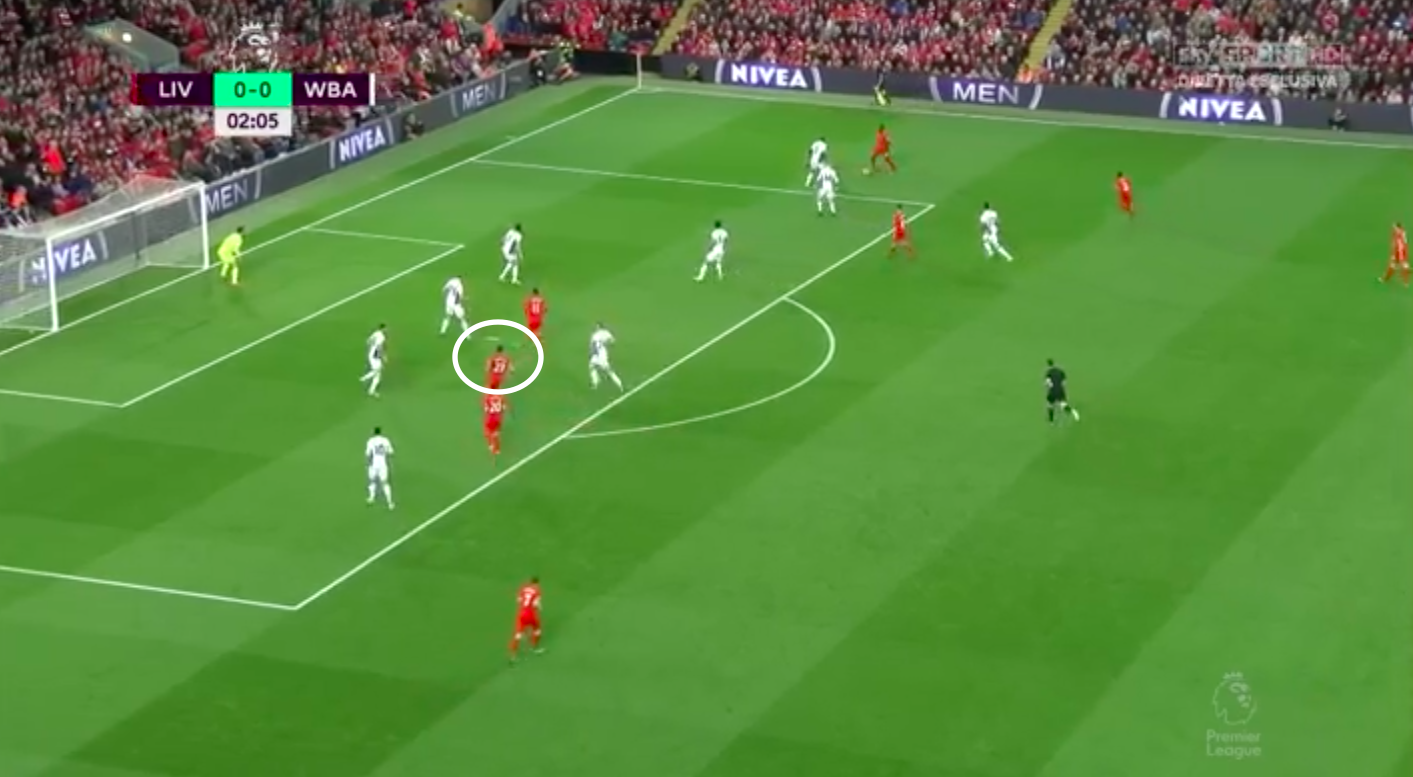 The four pictures above highlight Can’s new attacking intent. In the first picture he’s just played a simple pass to Phil Coutinho. He holds his position there until Coutinho plays the ball wide. As soon as the ball leaves the Brazilian’s foot Can is on his bike and making his way into the penalty area. In the first picture you’ll see centrally it’s Firmino up against the two WBA centre-back’s but as the ball comes it’s two vs two in the area all because Can has got in there to support Firmino. 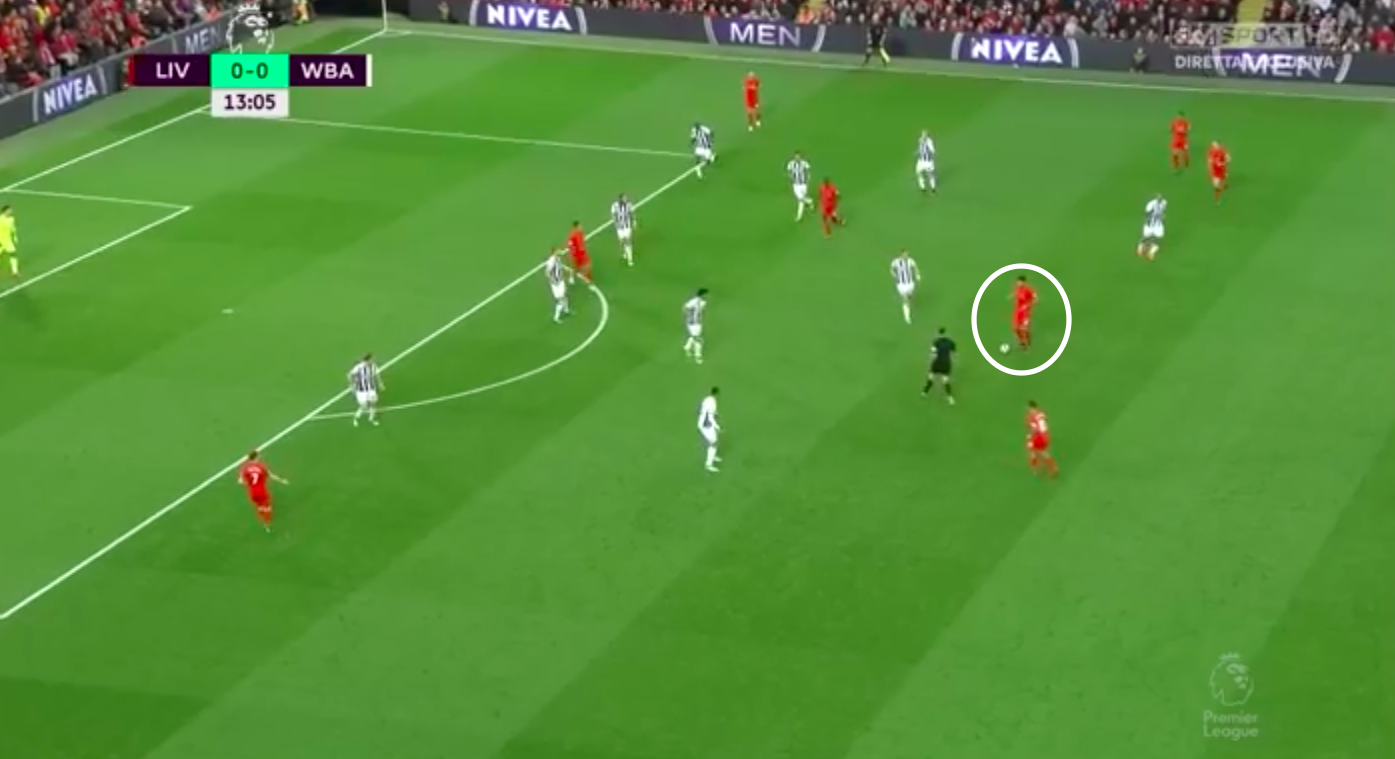 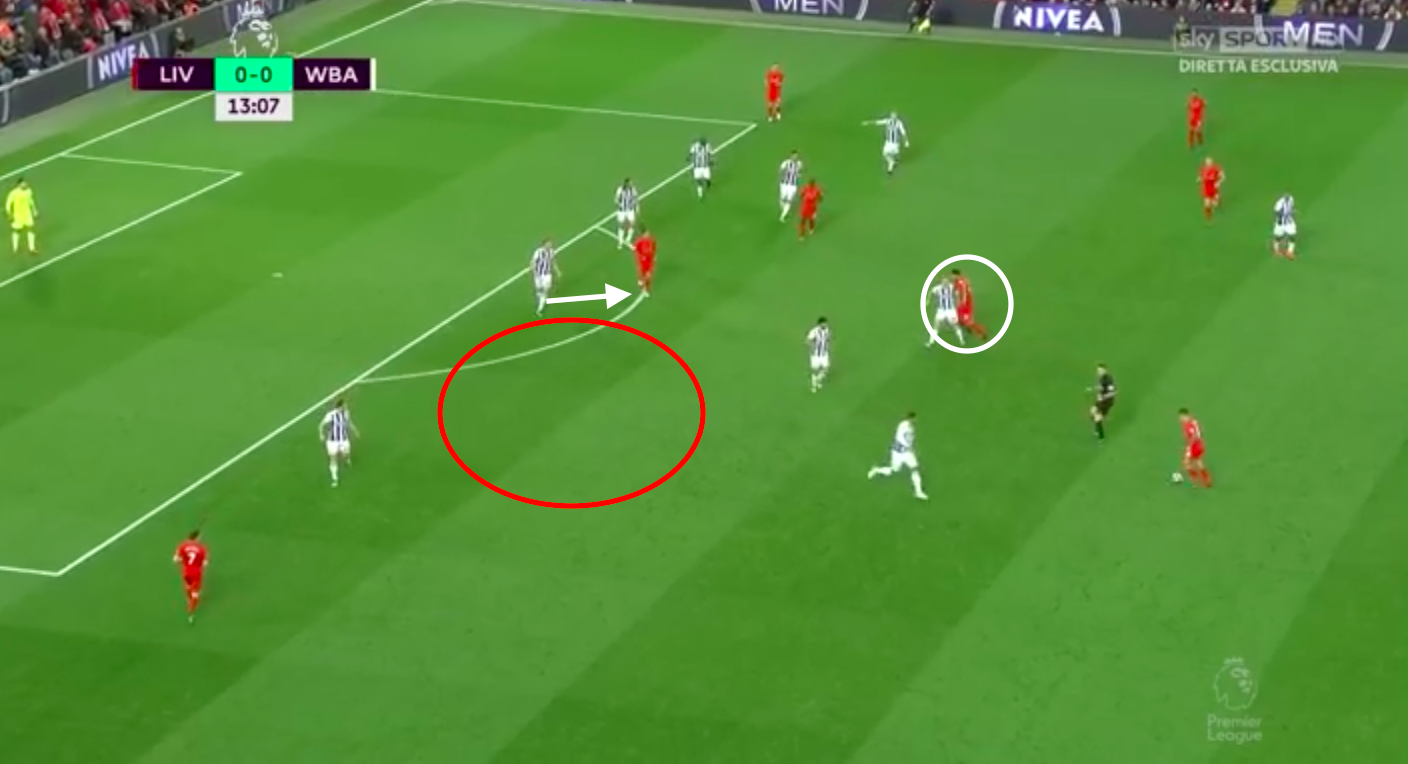 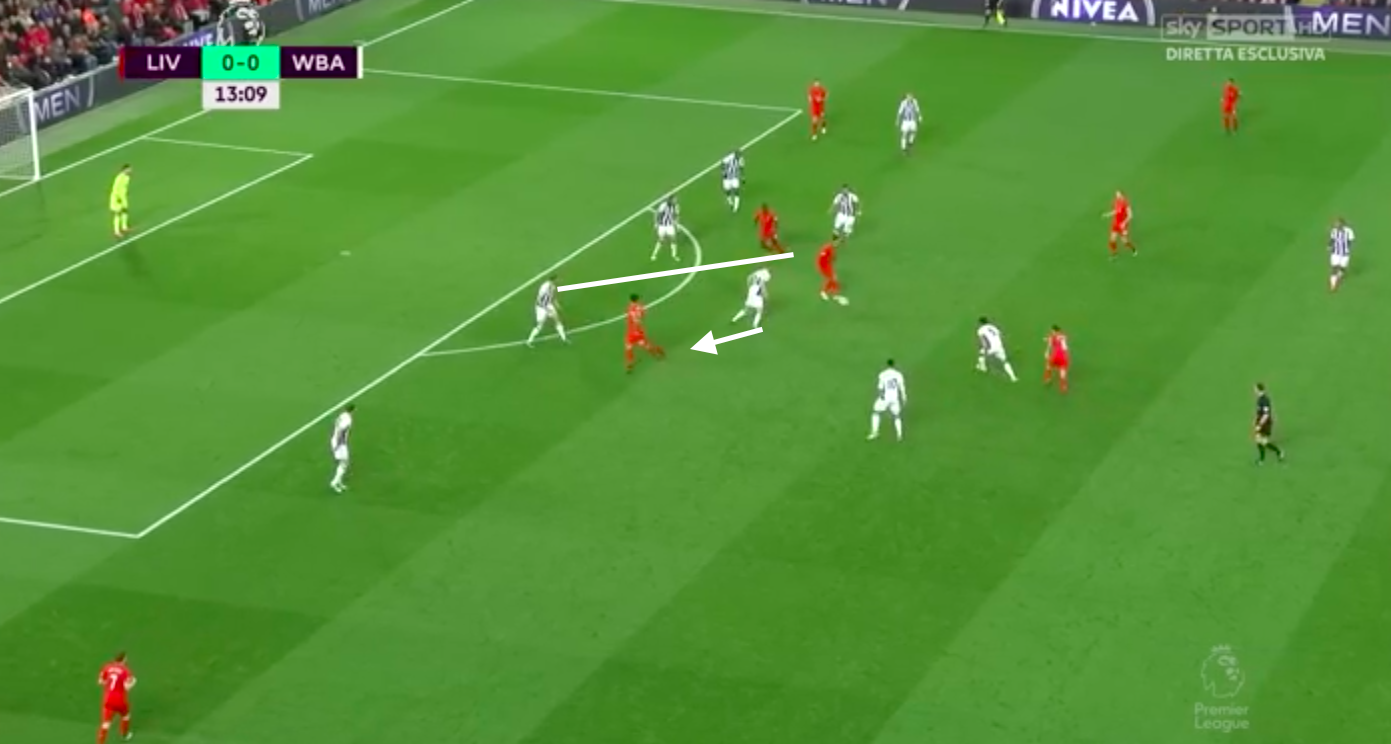 The next series of pictures again show Can supporting the lone striker. In the first picture Emre Can is in possession of the ball and WBA nine outfield players behind the ball. You can clearly see the shape of the back four, two defensive midfielders and two wide players. Firmino is smack bang in the middle of the two WBA centre-backs and there’s no clear pass to him.

Can lays the ball off to Coutinho and looks to drive into space. In the second picture you can see McAuley keeping tabs on Firmino but acres of space to his right (the red circle). Emre Can looks to get into that space and open up the play centrally.

In the third shot you can see the impact of Can’s movement. Fletcher was following Can originally but the WBA captains hands the German off to McAuley, who at one stage was tight to Firmino. With Can occupying, to some extent, both McAuley and Fletcher it gives Firmino enough room to drop deep and pick up a the Coutinho pass. Look at how many players Liverpool now have centrally too so if the ball is worked wide the Reds have men able to get into the box and onto the end of a cross. 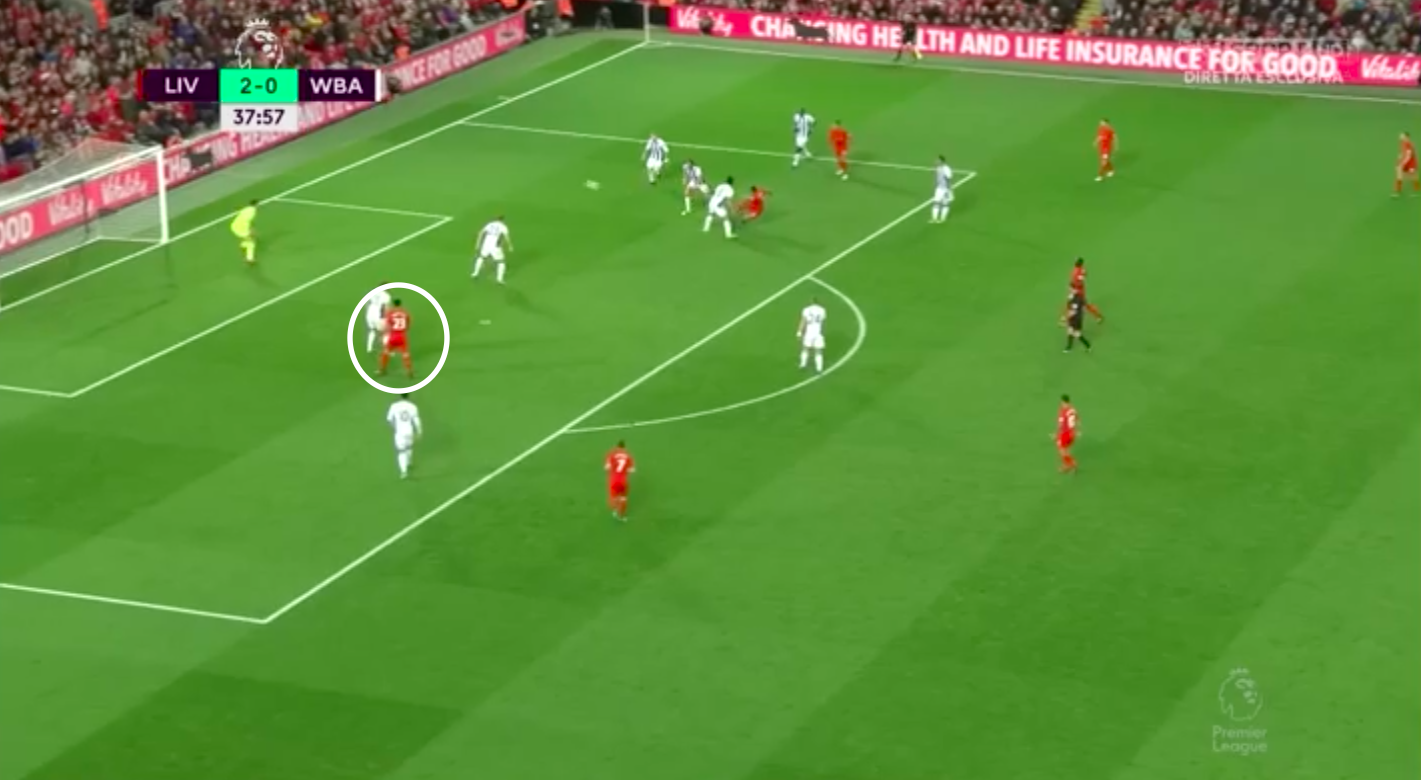 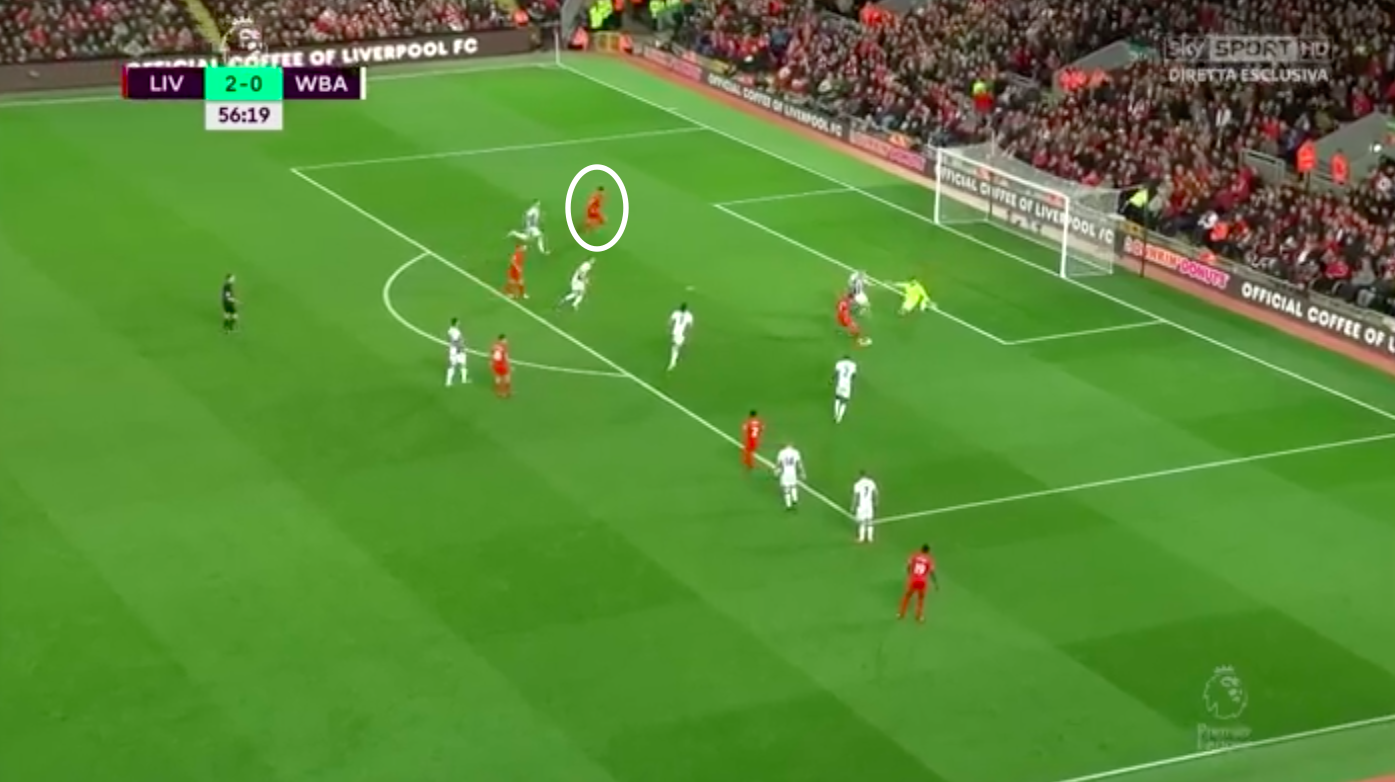 The two pictures above show two instances in which Can has got into the penalty area. The first he keeps the centre-back busy so they’re not able to push out and the second Firmino could have squared it for a tap in but you can’t blame him for shooting.

It does just go to show that even though he’s not like Gini Wijnaldum he can support the play and break the defensive lines just as effectively. It’s just in a completely different way to the Dutchman. People didn’t expect many goals from Emre Can but if he carries on getting into scoring opportunities the goals will come.