So, the international break is over and ‘real’ football returns this Saturday. Liverpool kick the Premier League weekend off in the early game at Manchester City. This game has often turned out to be one of the more exciting Premier League fixtures in recent years and Saturday’s encounter promises more of the same.

Both sides have seven points from their opening three games. City’s two wins have been on the road and they drew their only home game 1-1 against Everton. Guardiola’s men snatched a 97th-minute winner at Bournemouth in their last outing.

This is Liverpool’s first Premier League away game since the 3-3 draw with Watford on the opening day. Since then, they’ve qualified for the Champions League group stages as well as defeating bogey-team, Crystal Palace, at Anfield, followed by the 4-0 destruction of Arsenal. 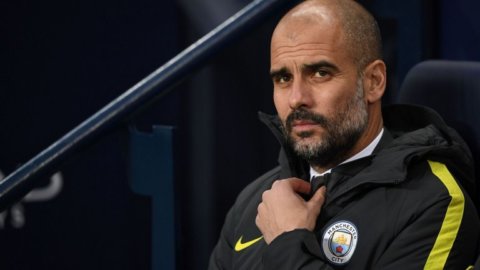 Both teams seem to have ‘escaped’ the international break relatively unscathed, injury-wise.

Guardiola’s City are still missing Gundogan. The midfielder is out injured and with no realistic return date, yet. Vincent Kompany has a slight knock but I’d be very surprised if he doesn’t start. Up front, they started with Gabriel Jesus at Bournemouth. Aguero didn’t feature in either of Argentina’s qualifiers during the last week so he should come back into the first eleven on Saturday. The striker should return to replace Sterling who will miss out through suspension.

Now that the transfer window has closed, Klopp needs to make some decisions. How will he reintroduce Coutinho to the side? Coutinho came on as a substitute in each of Brazil’s two qualifiers, scoring in one. All man-management issues aside, Coutinho will be lacking match fitness. Klopp will most likely give him a place on the bench and I’m sure we’ll see him at some stage on Saturday. Lallana is still out and will be until October or November.

We heard the surprising news this week that Nathaniel Clyne has been left out of Liverpool’s Champions League squad due to his back injury. He is obviously a lot farther away from full fitness than first predicted. Will it be Alexander-Arnold or Joe Gomez at right-back? On the other flank, will it be Moreno or Robertson?

Mignolet should return in goals after Karius’ shaky on-the-ball antics against Arsenal. Klopp maintained after the game that Mignolet was still Liverpool’s absolute number one for the moment.

Oxlade-Chamberlain is registered and available but will probably be on the bench for now.

The corresponding fixture last season was a 1-1 draw in March. Milner, up against his previous employers, gave the Reds the lead from the spot early in the second half. Aguero equalised less than 20 minutes later.

The game at Anfield was a 1-0 win for Liverpool on New Year’s Eve, with the only goal coming from a wonderful Gini Wijnaldum header after seven minutes.

The Etihad Stadium was, of course, the venue for one of this Liverpool team’s first powerhouse performances. Just over a month after Klopp arrived to take control, he brought his Reds to Manchester and the Gegenpressing really made the difference that day as Liverpool ran out 4-1 winners. More of the same this weekend, please!

After the start to the season we’ve experienced, it’s hard not to be confident as a Liverpool fan. However, City are slowly gelling into the kind of team that could well be brushing opponents aside come the new year.

A stat that may surprise many is that Liverpool have kept six clean sheets in their last seven Premier League matches. The 3-3 draw at Watford last month was the only occasion the Reds conceded in the league since their 1-2 home defeat to Palace in April.

I can’t see any way that this Red army will lose at the moment but it’s the toughest team they’ve come up against, so far.

I’m going for another goal-fest in an exciting 2-2 draw (really hoping Bobby scores at least one so we can see what new celebration he’s been working on!).