Newcastle are in a very respectable ninth position after six games. The defeat at Brighton last Sunday brought a halt to their three-game winning streak. They’ve scored six and conceded a miserly five goals in those six games.

Liverpool, on the other hand, have scored twelve and conceded eleven in their opening six games. Klopp’s men have won only one of their last five matches but a quick glance at their xG stats from those five games (in the table below) shows the dominance the Reds have displayed. The key to bringing an end to this current “slump” (too harsh a description?) is to make their dominance count. It’s only a matter of time before that happens, though. It has to be. These xG stats simply cannot continue without that team starting to win consistently. Be that as it may Liverpool are the draw specialists at the moment and will probably be the mostly likely result that punters are betting on at sites like NetBet Sport.

Newcastle are missing Dummett and Haidara due to injury, but Mitrovic returns from suspension. Florian Lejeune is also an injury doubt but may well be back in time to start.

Rafa has been applying a 4-2-3-1 system so far this season with Isaac Hayden and Mikel Merino sitting deep in midfield to guard the defensive line. Matt Ritchie already has four assists to his name from his position on the right of the attacking midfield line. Joselu only has one goal but he will be the lone striker again on Sunday. Newcastle’s leading scorer, on two goals, is actually Jamaal Lascelles, the 23-year-old English centre-half.

As can be seen from the WhoScored.com ratings below, Chancel Mbemba has been Newcastle’s highest-rated performer so far. The left-back will be up against Mo Salah on Sunday and that will certainly be a match-up to keep an eye on.

Rafa’s team can be expected to play a patient game, placing huge value on possession and focusing on keeping a deep defensive line to protect against runs in behind from the speed-merchants, Salah and Mané.

Mané returns from suspension for Liverpool for his first league game since that fateful collision with Ederson of Manchester City. Adam Lallana and Nathaniel Clyne remain on the treatment table for now.

Firmino looked exhausted on Tuesday night in Moscow and as a result, his decision-making and technique suffered. I hope Bobby is rested for this game. Sure, put him on the bench but I don’t think he should be in the starting eleven. Daniel Sturridge will surely want to make amends for a couple of misses in Moscow, most notably the volley over the bar after Henderson found him with a perfect pass. Sturridge had looked very impressive when coming on at Leicester last Saturday so, more of the same, please, Daniel.

Speaking of Henderson – it felt like the Spartak game was one of his better performances this season. He got around the pitch well but also managed to break up many of Spartak’s moves while showing that his passing was returning to its frequently high standard.

I think Andy Robertson may start at left-back. Moreno did well in the Champions League this week, I felt, but I think this game may be the perfect opportunity to mix Robertson’s seemingly consistently good delivery with Sturridge’s prowess in front of goal.

Along with Robertson and Sturridge, the only other change should be Mignolet’s return in between the sticks. 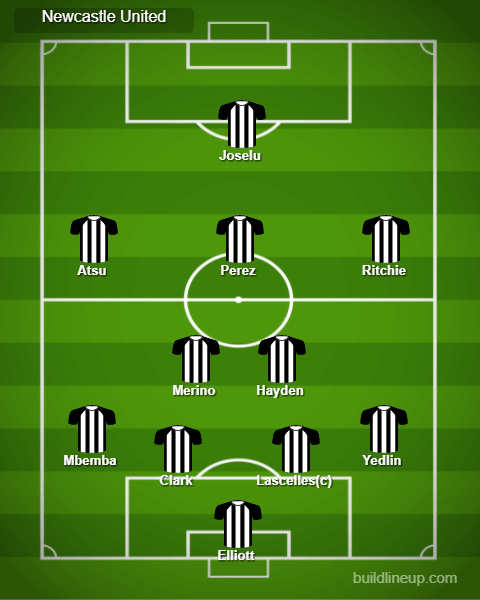 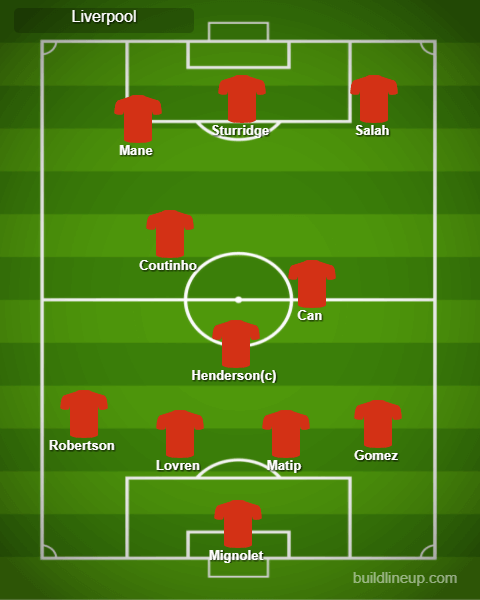 The two sides last met in the 2015/16 season, when Newcastle were relegated to the Championship. However, they still took four points from Liverpool that term, with a 2-0 victory at St James’ and a 2-2 draw at Anfield. A Skrtel own-goal was followed by a Gini Wijnaldum strike, then in the black and white of Newcastle, in that 2-0 defeat in the northeast.

Liverpool have failed to win in their last three visits there. The last win was the 6-0 victory under Brendan Rodgers in 2013.

On Sunday, I think it may be a tight affair. Rafa will have done his homework, as only Rafa can, and he will relish the challenge of cancelling out Klopp’s all-action style. I was thinking a Liverpool win for this game and I do think that the recent dominance in games is soon going to amount to someone getting absolutely trounced, but that just doesn’t make sense against a Rafa team whose games have not exactly been goal-packed so far this season.

We’re going to have to remain patient for now, Reds fans. A draw looks a very likely result.