This game, eh? This bloody game. Especially when it’s the early kick-off on a Saturday, this bloody game. The remaining happiness levels of our weekend largely depended on the following ninety minutes of football. You could argue it shouldn’t, but it does.

United arrive at Anfield seven points ahead of Liverpool and second in the league, just trailing City on goal difference. Liverpool have been off the boil, somewhat, since Arsenal were taken apart at Anfield in late August.

Mourinho’s men came to Anfield and parked their infamous bus last season, holding on for a 0-0 draw. Would it be more of the same today from Jose and co? 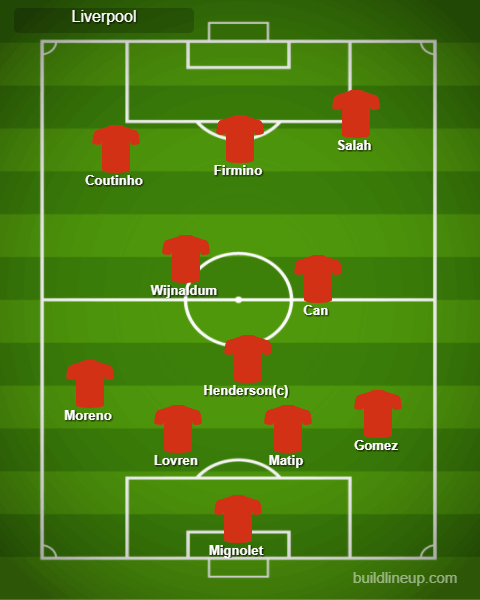 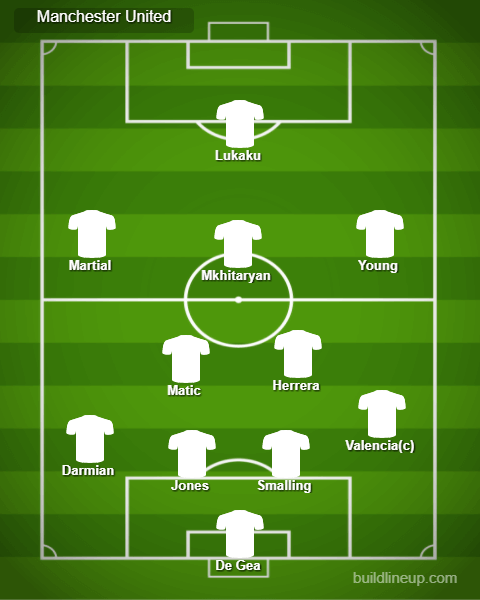 As is often the case in these games the opening few minutes were a scrappy spectacle. Thankfully, Liverpool seemed to overcome their early-game nerves faster than United, however, and soon settled into an attacking rhythm which pegged United back as deep as possible.

Wijnaldum had the first attempt on goal. Liverpool broke at speed with Gini finding Firmino on the left. Firmino put a low cross back across goal and Gini stabbed at it with his right foot from the six-yard box area. His effort went straight to De Gea.

Liverpool defended well early on with Matip looking particularly comfortable against the man-mountain that is Romelu Lukaku. United definitely targeted the right-hand side with Young and Valencia expected to overrun Alberto Moreno.

Wijnaldum had another effort saved by De Gea in the 14th minute. Salah did some great work on the right, beating Darmian and setting up Gini whose left-footed strike was tame and easily saved.

Bobby Firmino was central to everything Liverpool created in the first-half with some fantastic control, deft touches and excellent link-up play with Salah, Wijnaldum and Coutinho.

Firmino put in a cross from the right in the 21st minute which deflected off of Darmian’s leg and Salah just failed to make a connection from three yards out.

United had a rare break in the 30th minute. Liverpool failed to clear and the ball bounced to Matic just outside the box. His left-footed strike went just over Mignolet’s crossbar.

In the 34th minute, Liverpool had a corner cleared just outside the box. Moreno put a nice ball back into Firmino on the left of the box. His low cross was met by Matip but his low shot was saved brilliantly by De Gea’s who blocked it with his left foot. When the ball came back to Salah he put his shot low and wide of the left-hand post after taking it off of Coutinho’s toe.

Salah’s finishing again let him down seven minutes later. He put a weak strike straight into the body of De Gea from inside the box.

United almost scored a smash-and-grab strike just before the break. Mkhitaryan and Martial linked up well to set up Lukaku. The in-form striker put his shot too close to Mignolet and he was able to bat it away. Ashley Young tried another shot from the rebound but it was well blocked by Moreno.

It was more of the same in the second half. United sat deep and invited Liverpool to play all their football in front of them. If possible, it was even more of a defensive setup from United today than it was last season.

In the 56th minute, Emre Can had possibly the best chance of the game. Joe Gomez swung in a perfect cross from a central-right position. Can met the cross with his boot, unmarked and inside the six-yard box. He put his finish over when, for once, David De Gea would have been helpless to prevent the goal.

Liverpool were completely in control of the game, again. Also, dare I say it, they looked extremely solid and comfortable in defence. Though, this may be more symbolic of United’s defensive approach to the game rather than a new-found unity in the Reds backline.

Coutinho had a strong shout for a penalty in the 62nd minute. He looked to be fouled by Ander Herrera just inside the box but Martin Atkinson waved play on.

In the 71st minute, Liverpool displayed great patience in their build-up play in front of the United defence before Coutinho then chipped a lovely pass over the top to Firmino on the left. Bobby’s cross to the far post was just inches too high for Salah, however, and the chance went begging.

Klopp put Oxlade-Chamberlain and Sturridge into the action in the 78th minute, replacing Salah and Coutinho.

Oxlade-Chamberlain looked a different player today and gave United some problems from wide on the right.

Solanke replaced Firmino in the 87th minute but would struggle to make an impact in such a short time.

Liverpool had two corners which they headed over De Gea’s bar in the 91st and 93rd minutes. Then Martin Atkinson blew for full-time.

Liverpool fans must feel extremely deflated after today’s game. It was a good team performance again but the all-too-familiar tale of dominance not being turned into results continues to cloud the Reds’ early-season exploits.

It’s Maribor away on Tuesday night in the Champions League, followed by Spurs at Wembley next Sunday. Onwards and upwards, Reds. It’s gotta all click into place soon, doesn’t it?! 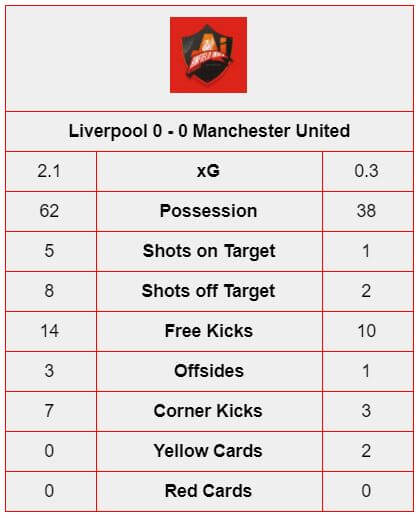 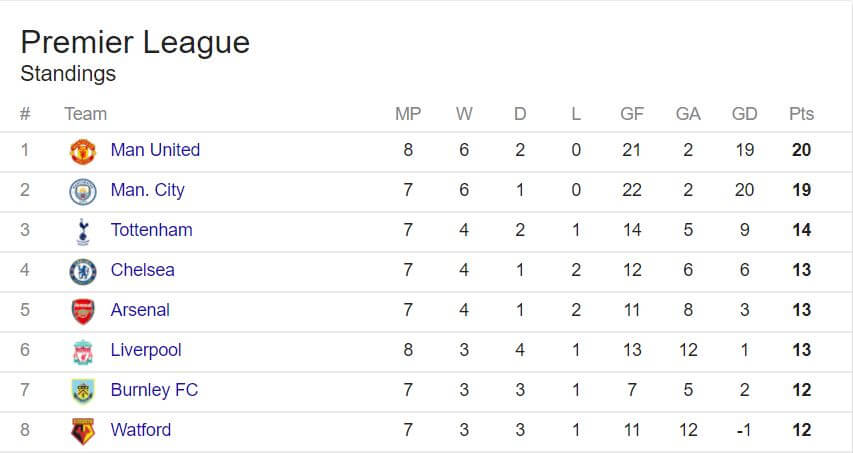