How do I write a “form” paragraph about this Liverpool side? How are they playing? There is nothing consistent about the season so far for me to detract any suitable, relevant information. Three draws in a row, where the Reds dominated their opposition but failed to make it count, was followed by a record-equalling 7-0 Champions League victory in Slovenia. That was it, that was the kick-start their season needed, surely?!

Five days later and Spurs were embarrassing Klopp’s team at Wembley. Lovren and Mignolet had games to forget (but if the memory did pop up, then it should be quickly captured and dipped in acid), and tactically speaking, Pochettino got it spot on.

What kind of performance are we going to see on Saturday? Your guess is as good as mine.

Klopp’s friend, and the best man at his wedding, David Wagner, must be happy with how his team are transitioning to life in the top flight. After making it up via the playoffs last May, the German coach, oversaw the perfect start to life in English football’s top tier. An impressive 3-0 win at Palace on the opening day of the season was followed by a 1-0 home victory over Rafa’s Newcastle.

As things stand, Huddersfield have now got a 3/3/3 record from their nine games, so far. They are struggling to score (7 goals in 9 games) but they have conceded 6 goals less than Liverpool who currently lie just two places above them. Not only was last weekend’s defeat of United their best result so far this season, it was also their first time to find the net in over four games.

Billing, one of Huddersfield’s deep-lying midfielders, is out with an ankle injury. Elias Kachunga is also reported to have picked up a slight knock but I expect him to still make it into Wagner’s starting eleven.

Clyne, Mané and Lallana will all miss out due to injury. It’s surely been a week of decisions for Jurgen Klopp after a telling defeat at Spurs last Sunday. Dejan Lovren seems to be in a bad place at the moment, performance-wise. A lot has been said about the difficulties the Croatian international has endured in his personal life in recent times. Coupled with the revelation that he has to take painkillers to get through a game these days, I think now is the time for Lovren to be given a backseat, for his own sake and that of the team.

Mignolet also had a game to forget last weekend. I think Karius is about to be reintroduced to the starting eleven as a result of Mignolet’s errors. I’m hoping Joe Gomez is given a run at centre-back, his preferred position, in Lovren’s predicted absence.

Ironically, Alberto Moreno has recently been one of the top performers along our backline while the “experienced” central pairing of Lovren and Matip has been falling apart.

Gini Wijnaldum will most likely return to the midfield after shaking off the slight knock he had for the Spurs game. 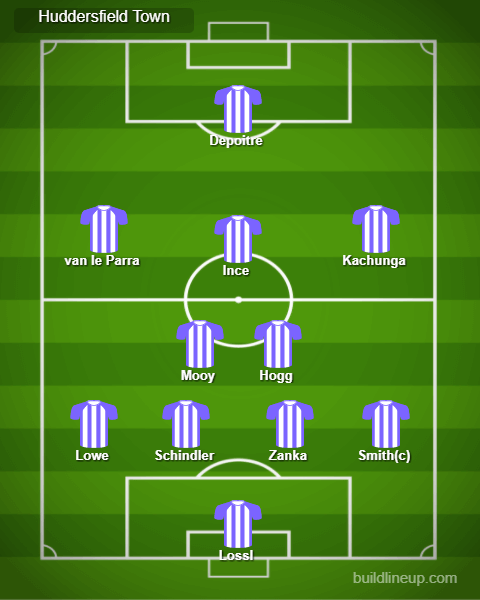 Liverpool and Huddersfield have met only once in competitive football. It was an FA Cup tie in 1999 and Liverpool won 2-0 at the home of the Terriers with goals from Titi Camara and Dominic Matteo.

The only other encounter between the teams was a 2-0 friendly victory for Klopp’s men in the summer of 2016. Grujic and Moreno were the scorers that day. Get the latest and most genuine Casumo Casino reviews from experts. Find out the pros and cons, casino games to play and welcome bonuses to claim before you sign up.

A strange and difficult game to predict. Liverpool come into this on the back of a poor defeat at Spurs, while Huddersfield just beat Manchester United in their last game. However, Liverpool normally manage to pin teams back without facing too much pressure on their own defence at Anfield. Also, Huddersfield have failed to score in any of their last three away games. I think the Reds will possess too much in the attacking third for Huddersfield to cope with. Liverpool to get three points… just about.