Today, Jurgen Klopp and Liverpool welcomed David Wagner’s Huddersfield Town to Anfield. Klopp, surprisingly, had decided to keep the same defensive setup that faced Spurs. However, a change was forced as Lovren ended up getting injured in the warmup. Klavan came in to replace him. Coutinho was also out with a slight muscle injury, giving Sturridge a rare league start for the Reds.

Wagner set his Huddersfield team up much as expected with their 4-2-3-1 shape. Could Huddersfield build on their victory over Manchester United last week? 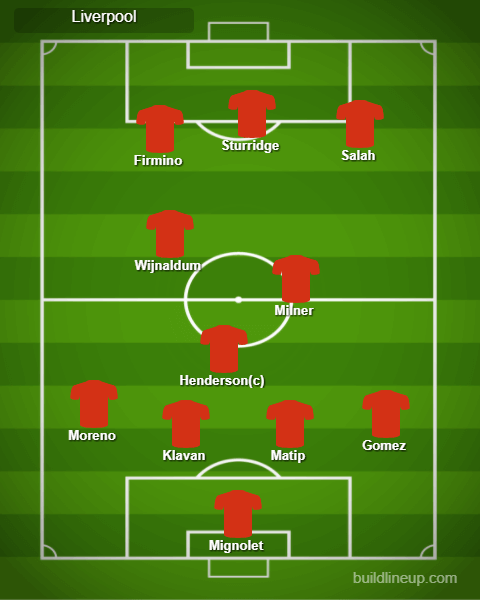 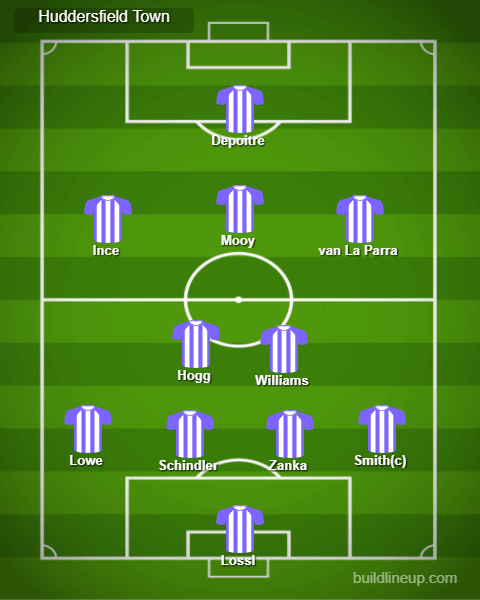 As expected, Huddersfield slipped into a disciplined low block to frustrate Liverpool. The hope was that van La Parra’s pace could be used on the right to hit the Reds on the counter-attack.

Liverpool found it difficult to create any clear-cut opportunities in the first-half.

In the 15th minute, Milner put in a deep cross from wide on the right. Sturridge got on the end of it but his right-footed effort went into the ground and bounced up over Lossl’s crossbar.

Huddersfield were sticking to their gameplan impeccably. Each time Salah got on the ball he had at least two or three defenders surrounding him.

Firmino managed to put Salah clear in the 27th minute but the Egyptian winger could only manage a weak left-footed shot that went straight to Lossl.

In the 32nd minute, Henderson put a fantastic ball from deep to Milner wide on the left. Milner guided his right-footed shot between the defender’s legs but again it went straight at the Huddersfield goalkeeper.

Wagner had to replace van La Parra a minute later. Kachunga replaced him.

In the 41st minute, Liverpool won a penalty. Kevin Friend did well to spot Tommy Smith’s tug on Firmino’s jersey as a cross came into the box.

For some reason, it was Mo Salah who stepped up to take the spot-kick. He went for power and put it pretty much straight at Lossl who deflected it back out. Henderson’s volley from the rebound went low, against the post and wide.

So, after a frustrating first-half for Liverpool, the nerves were beginning to creep in around Anfield, for fans and players alike.

Luckily, Liverpool had Tommy Smith on hand to help out. No, not the legendary defender of yesteryear, but the right-back and captain of Huddersfield Town. It was Smith’s unfortunate wayward header in the 50th minute that deflected the ball directly into the path of the unmarked Daniel Sturridge. Sturridge finished it with a first-time finish over the onrushing Lossl. 1-0!

Liverpool looked to build on their lead and pegged Huddersfield back even more after Sturridge’s goal.

Firmino pulled a low ball back across the six-yard box for Sturridge in the 58th minute but Zanka made a vital clearance to prevent him from adding a second.

However, from the resulting corner, Liverpool did extend their lead. Milner’s cross was inch-perfect and Bobby Firmino found himself unmarked to finish with a low header past Lossl. 2-0!

In the 63rd minute, Salah received a low pass from Firmino. He turned nicely and got his shot away but his strike went off the outside of Lossl’s right-hand post and wide.

Oxlade-Chamberlain came on for Firmino in the 63rd minute.

Liverpool had another chance from a corner four minutes later. Again, it was Milner with the cross but this time Matip rose highest and put his header wide of the goal. He really should’ve hit the target.

Emre Can was introduced instead of Sturridge in the 73rd minute.

Liverpool made it three in the 75th minute. It was a lovely move involving Oxlade-Chamberlain, Emre Can, Salah and then Wijnaldum. When Gini was fed the ball inside the box he took his time and placed his finish high into the top corner at Lossl’s near post. 3-0!

Salah went off for Dominic Solanke in the 81st minute.

A special mention today for Oxlade-Chamberlain who was very impressive for the time he was on the pitch. He looked pacy, direct and a lot more confident.

It finished 3-0. Not a happy day for Klopp’s friend, David Wagner, but the Reds can be very pleased with their professional performance in the second-half. 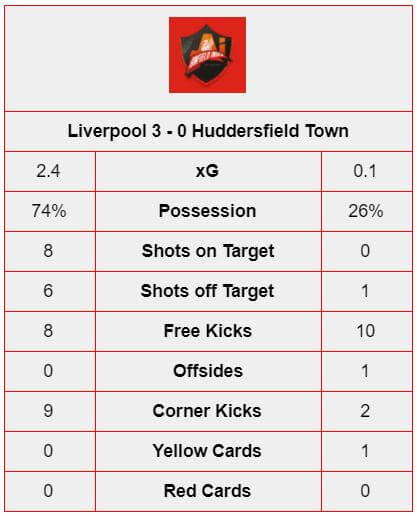 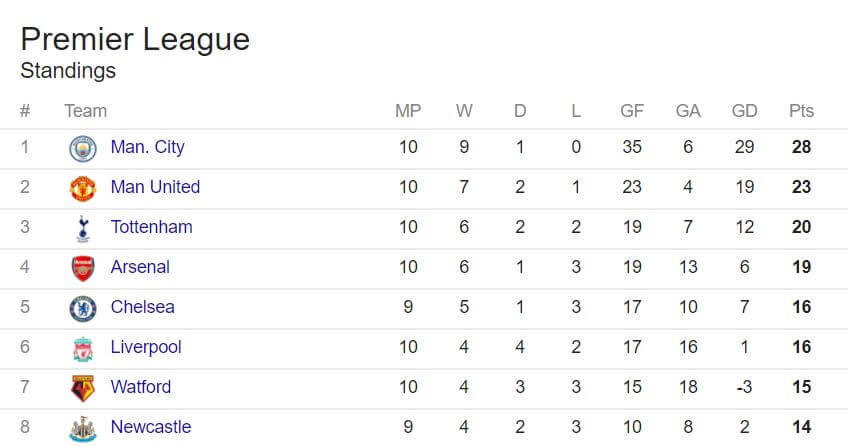