Premier League football returned today after the final international break of the year. Liverpool welcomed Southampton to Anfield. The Reds failed to score against the Saints in four meetings last season and would be hoping to put things right today.

Joel Matip missed out through injury but Coutinho, Henderson and Mané were all fully recovered and made the starting eleven.

Shane Long replaced Gabbiadini as the lone striker for Southampton while Lemina was still out injured. 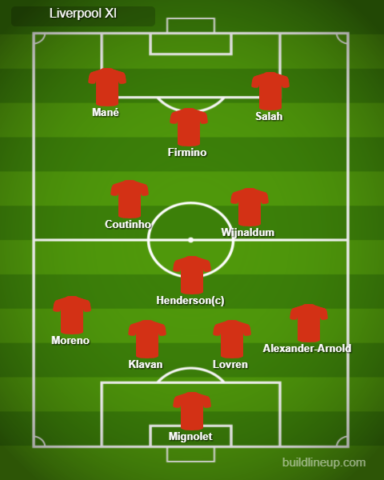 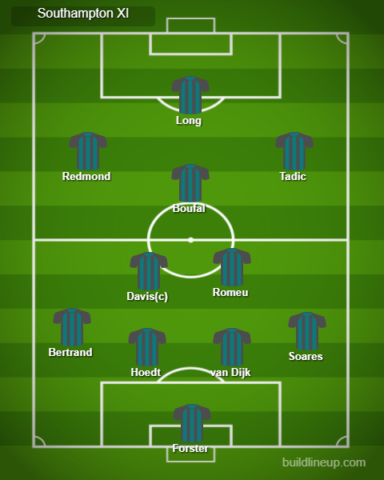 Liverpool settled into this game very quickly. It was a similar level of control that the Reds displayed at West Ham last time out.

Both Firmino and Salah had an opportunity to open the scoring in the 9th minute after some dodgy handling by Forster but the Saints’ goalkeeper got away with his error on this occasion.

Liverpool were controlling possession and playing the game almost entirely in the Southampton half.

Wijnaldum tested Forster with a long-range effort in the 22nd minute. A minute later and Coutinho forced Forster into a full-length save to tip the ball wide of the post from his low drive.

In the 31st minute, there was nothing Forster could do to stop Salah’s curling effort. Firmino won the ball back for Liverpool just outside the box. Klavan played it to Wijnaldum and Gini found Salah wide on the right. Salah cut in on his left foot and curled a beauty of a strike into the far corner. 1-0!

Salah made it two in the 41st minute. Coutinho found him with a fantastic straight ball to find Salah’s diagonal run and the Egyptian forward finished first time with his left foot past the outrushing Forster. 2-0!

Southampton managed to give Mignolet a scare just before the break. Ryan Bertrand’s effort from a free-kick went just wide of Mignolet’s left post.

The game continued in much the same vein after half-time. Liverpool did what defending they had to do very well. Lovren made one great block, in particular, denying Boufal a strike on goal in the 51st minute.

Coutinho was making plenty of space for himself to get his shots away today. Forster saved one in the 53rd minute. The Brazilian maestro put another one just wide in the 62nd minute after great work by Salah to win the ball from Southampton.

In the 68th minute, Mané found Firmino in the box with a great reverse pass. Firmino’s strike was saved but the rebound went straight to Coutinho who put it into the unguarded net with a first-time finish from twelve yards out. 3-0!

Klopp then saved Coutinho’s legs, bringing him off for Emre Can a minute later. Oxlade-Chamberlain replaced Mané in the 74th minute.

Milner came on for the fantastic Mo Salah for the final ten minutes.

Firmino was still pressing ferociously. The energy he continues to display in every game is fantastic.

In the 84th minute, Firmino created space for himself before trying a low, left-footed strike from the edge of the box, but it went just wide.

Liverpool kept pushing forward but they couldn’t get a fourth. Three would have to do, for today.

Another encouraging performance from a dominant Reds team. Next up, it’s Sevilla on Tuesday in Spain before Chelsea arrive at Anfield this day next week. 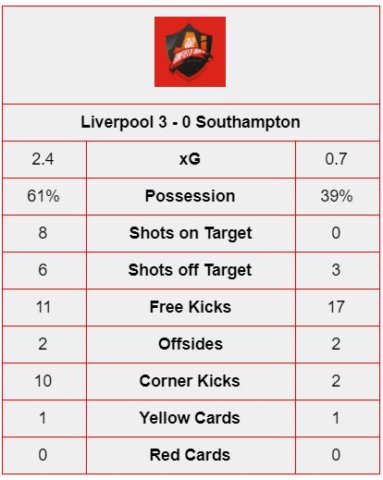