Stoke will be looking for their first win in November on Wednesday night. Hughes’ men are 15th in the Premier League, ten points behind Liverpool. It has been very hard to predict any Stoke results this season as the only constant has been their inconsistency.

Much has been said of the Reds’ last two games and how they were draws that felt like losses. Sevilla, in particular, was a game that should’ve been seen out by the Reds but, alas, game management is something we’ve been lacking for quite some time now.

That said, the last six performances from Klopp’s men (since the Spurs disaster) have been impressive in different ways. As can be seen from the table below, the last five games have produced 19 goals, 14 of them for Liverpool, plus clear dominance in the xG stats as well.

Geoff Cameron is still out due to a concussion while Jack Butland is also a few weeks away from his expected return date after a broken finger.

Stephen Ireland is the only long-term injury with a broken leg.

Mané and Firmino should return to the starting eleven on Wednesday after being on the bench for the Chelsea game. Although Gomez is expected to be rotated with Alexander-Arnold I think he could well start again on Wednesday night due to his strength compared to his younger colleague. Wijnaldum is also expected to return in replace of James Milner in midfield. Dejan Lovren and Emre Can are still expected to miss out due to slight muscle injuries. 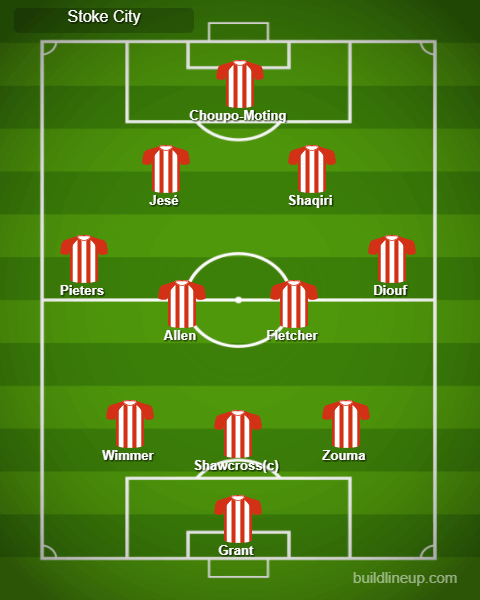 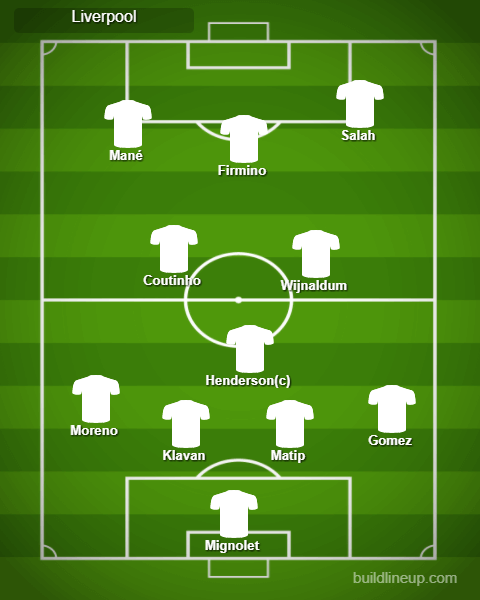 Last season’s meeting at the bet365 Stadium was a 2-1 victory for Liverpool. Jon Walters (now of Burnley) had put Stoke ahead just before half-time but two goals in quick succession in the 70th and 72nd minutes from Coutinho and Firmino turned it around for the Reds.

So, as the saying goes…. can they do it on a wet Wednesday night in Stoke, though? Yes. This Liverpool team should have enough to take all three points against a struggling Stoke City. Damp winter conditions will more than likely only help the Reds pacy wide men to skip past the Stoke defence. I expect goals (of course) and three points for the Redmen.