Chris Hughton will be very happy with how things are going for his men in the Premier League, so far. After a difficult baptism at home to Manchester City and away to Leicester, Hughton’s team have only tasted three defeats in their twelve league matches since then.

Last weekend, Brighton were beaten 1-0 at Old Trafford. They followed that up with a 0-0 home draw with Crystal Palace on Tuesday night. They have not lost at home since that 2-0 reverse on the opening day of the season against Guardiola’s City. They have drawn their last four home games in a row.

As can be seen from the table below, they do struggle to create and impose themselves on games but the average xA (expected goals against) is also quite low, showing the strength and organisation in defence that their relative success this season has been built upon.

The Reds have slightly improved defensively over recent games and glaring individual errors have been occurring less and less since the Spurs game at Wembley. Last weekend, Liverpool were unfortunate not to take all three points at home to Chelsea but the game in Sevilla was simply another collective collapse in the second half. No team should be losing a three-goal lead in any game. Before that, however, Liverpool have impressed against West Ham in London and at home against both Huddersfield and Southampton.

On Wednesday night, Liverpool won well in Stoke and such a performance surely bodes well for the trip to Brighton on Saturday.

Veteran-midfielder, Steve Sidwell, is Brighton’s only long-term injury concern. Hughton will look to the experience of his captain, Bruno Salter, along with Glenn Murray up front, to guide his team through this tough home fixture. Davy Propper will look to control the tempo in midfield for The Seagulls.

Liverpool are still without Nathaniel Clyne who isn’t expected back until February 2018 at the earliest. Klopp has started rotating for the Christmas period already so it’s getting harder to predict his starting XIs! 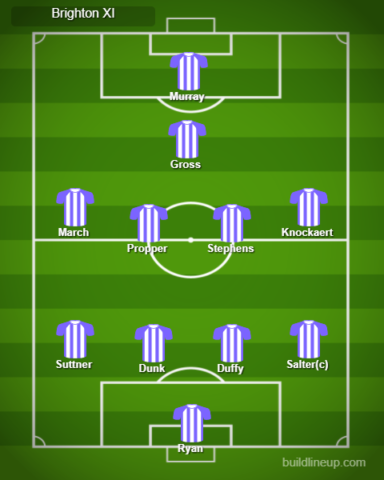 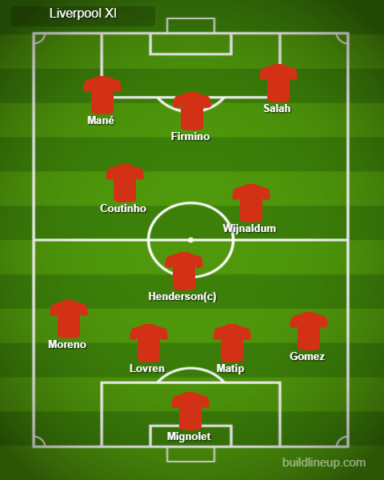 Brighton and Liverpool have met 25 times in the past with Liverpool winning 13, drawing 8 and losing 4. Brighton’s last victory was a 2-0 home win in the FA Cup in January 1984.

There have only been two meetings between the teams since the turn of the century. Liverpool won 2-1 away in a league cup tie in 2011 and trashed The Seagulls 6-1 at Anfield when they met again, six months later, this time in the FA Cup. Brighton gifted the Reds with three own goals that day! Martin Skrtel, Andy Carroll and Luis Suarez were the other scorers that day.

Liverpool have a relatively “friendly” fixture schedule in December. This, of course, is due to having already met all of the top six at least once in the league. The trip to Brighton is another game the Reds really should be taking all three points from and I expect that to be the case. Back Bobby Firmino to score 🙂