The hectic Festive schedule is upon us. Stoke City were hoping to cut Liverpool down to size, as they so love doing to the bigger clubs. Liverpool were looking to overtake Spurs by claiming all three points. Solanke made his first Premier League start for the Reds while Emre Can and Dejan Lovren also returned to the starting eleven. Oxlade-Chamberlain held onto his starting berth from the Chelsea game at the weekend. Salah would start on the bench but Mané and Firmino returned.

Crouch started up front for Stoke. 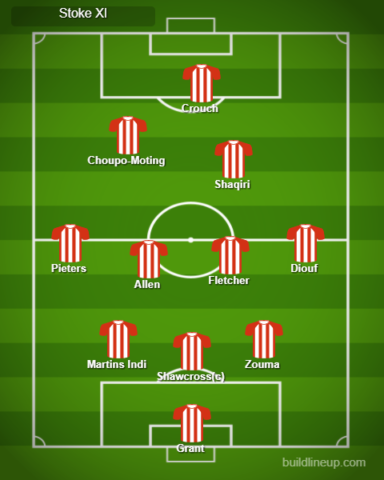 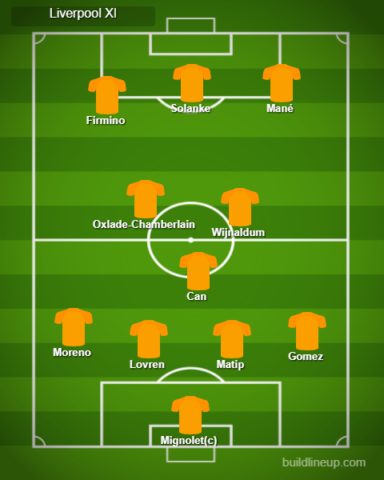 The game started very quietly with both sides trying to gain control early on. Neither ‘keeper had anything to do for the first 17 minutes.

Then it was Grant who had to pick the ball out of his net. Great work from Gomez on the right as he managed to just keep the ball in. His cross was controlled by Solanke. The young striker flicked it through the centre for Mané who finished with a lovely chip over Grant’s body from close range. 1-0!

Oxlade-Chamberlain had a long-range shot saved by Grant nine minutes later. Grant again made a save in the 38th minute after Solanke was put clean through after a wonderful one-two with Firmino. Solanke should have finished but his low strike wasn’t far enough in the corner to trouble Grant.

In the 40th minute, Liverpool should have considered themselves fortunate to keep Mignolet on the pitch. He fouled Diouf as he was clean through and could easily have seen red. In the end, Martin Atkinson gave Stoke the free-kick and Mignolet a yellow card. Shaqiri’s resulting free-kick was deflected wide by the wall.

Mané had time to hit the post before the break. Solanke released him with a great ball into space but Mané seemed to slow up and take too much time before slightly mishitting his shot into the post.

Stoke should have equalised in the 48th minute. Shaqiri put in a cross from the right. Diouf and Lovren challenged in the air and the ball fell to Joe Allen. Allen’s shot was slightly blocked by Lovren and went out for a corner.

Liverpool managed to calm the game down for the next twenty minutes or so. Milner and Salah came off the bench in the 66th minute, replacing Oxlade-Chamberlain and Solanke.

Three minutes later, Pieters put in a cross from deep on the left. Crouch knocked it down for Allen but again the former Red missed. This time he skyed the effort well over the bar.

In the 77th minute, Liverpool made it two. Mané did really well to beat Fletcher on the right. He took it to the byline and then put in a perfect cross to find the unmarked Salah at the back post. Salah volleyed his finish home perfectly. A fantastic goal! 2-0!

Salah scored again six minutes later. Emre Can put a ball over the top for Salah to chase against Pieters. There was only going to be one winner there. Salah finished calmly past Grant to make it three. 3-0!

Gini had a free-kick saved by Grant in the 88th minute. Henderson made a cameo appearance at the end, instead of Mané. That was it for the Reds. A good performance and a great three points.

Roll on Brighton on Saturday. 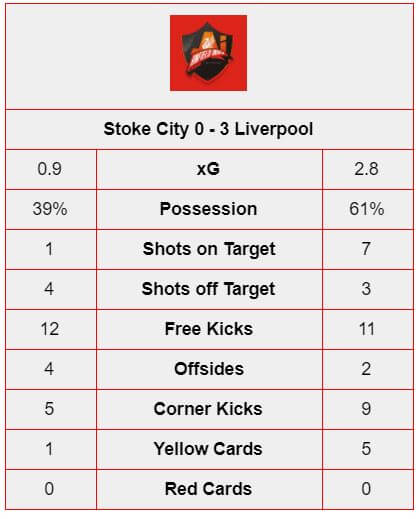