The stage was set at Anfield. The knockout stages of the Champions League awaited the victors. A win for Liverpool would also guarantee top spot in the group. Draw, and the Reds would probably slip into second place as Sevilla were widely expected to defeat Maribor in their final game, also tonight. Spartak had to win to progress.

Klopp again rotated his starting eleven with five changes from the team that took the pitch at the start of the Brighton game on Saturday. Karius, Gomez, Klavan, Moreno and Mané all started with the team set up to take a more orthodox 4-3-3 formation, changing from the 3-5-2 shape from last weekend. Coutinho was handed the captain’s armband for the night. 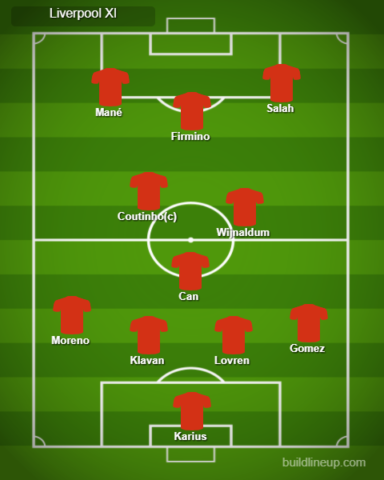 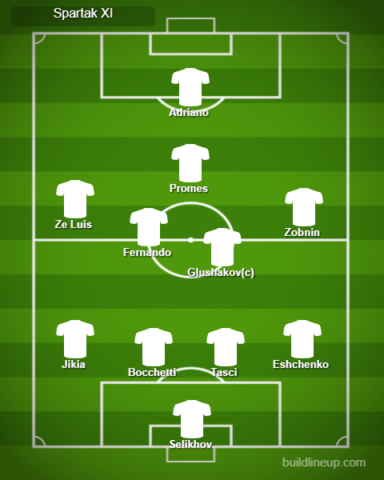 In the 3rd minute, Coutinho put in a cross from deep on the left. Jikia collided with Salah and was adjudged to have fouled him. Penalty to the Reds. Coutinho stepped up, waited for Selikhov to dive and then placed his spot-kick low and to the right with the Spartak ‘keeper gone the other way. 1-0!

Emre Can was booked in the sixth minute after a reckless challenge on Ze Luis. Silly from Can, considering the great start the Reds had made and the comfort with which they had started the game.

In the 13th minute, Adriano had a low shot from outside the box saved by Loris Karius.

Two minutes later and Liverpool were two up. A lovely flowing attack involving Salah and Firmino ended with Bobby pulling a perfect ball back for the incoming Coutinho who finished low and into the corner with his left foot. 2-0!

It was three in the 18th minute! Mané put in a cross from the right. It bounced off of Bocchetti and fell perfectly for Firmino who finished well with the outside of his right foot. 3-0!

Salah had a couple of more attempts before half-time, one saved and one curling just over the bar.

At the other end, Quincy Promes tried to pull Spartak back into it but both his efforts were tame, one going out for a corner and one a simple save for Karius.

Mané had a great chance to make it four in the 36th minute but he skied his effort after a great attack including Coutinho, Firmino and a lovely backheel pass from Salah to set up Mané.

Klavan made a great block in defence in the 41st minute. Moreno’s interception of a cross deflected into the path of Ze Luis and his shot was closed down brilliantly by the Estonian centre-back.

The only blip on the first-half was an injury acquired by Moreno after preventing a shot in the 43rd minute. He was replaced by Milner just before the break.

It only took two minutes of football after half-time for Liverpool to increase their lead. Coutinho played it to Milner wide on the left and his cross was met brilliantly by Sadio Mané first time. Selikhov didn’t stand a chance. 4-0!

Three minutes later, Coutinho had a deflected effort find its way past the Spartak ‘keeper after good work on the left from Firmino and Milner. 5-0 and a hat-trick for the night’s captain!

Lovren was replaced on the hour by Trent Alexander-Arnold. The youngster went in at right-back and Gomez moved into the centre alongside Klavan.

Sturridge replaced Firmino after 71 minutes for the final substitution.

Five minutes later, Sturridge was involved as Mané made it six. Mané won the ball back well for the Reds and then Salah and Sturridge combined to put Mané in for his second. 6-0!

Salah finally got himself on the scoresheet with five minutes remaining. Milner put a header back across the square from the byline. Salah controlled it well, took his time and then placed it past Selikhov. 7-0!

That was it for the night. The referee blew it up right on 90 minutes, not wanting to inflict any more misery on Spartak.

Not really a testing game but the perfect confidence-booster for this weekend’s derby! 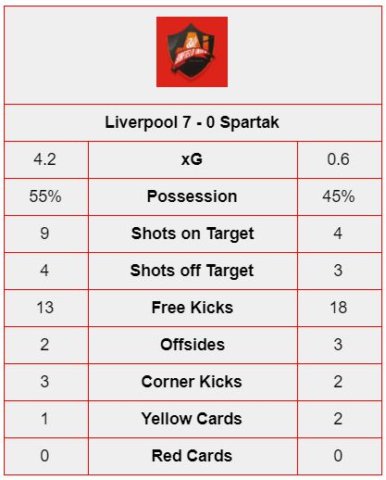