Liverpool have been in blistering form, lately. The last three games all ended in victory for the Reds with 15 scored and 1 conceded in those matches. In their last five games, they have won three and drew two, with 19 scored and 5 conceded.

Everton had been in freefall until their last three games which were convincing home victories over West Ham (4-0) and Huddersfield (2-0), as well as this week’s win at Apollon Limassol (3-0) in the Europa League. Liverpool, in this form, however, is a whole different kettle of fish for Allardyce and co to contend with.

Clyne is unavailable until February with a back injury. Matip is not expected to be fit again until January while Grujic (fractured finger) and Moreno (ankle) are also expected to miss out. Lallana will be hoping for more minutes on the field so depending on how the game is shaping up I would expect to see the England international given the chance to gain some more match fitness.

Milner will most likely start at left-back in place of Moreno with Henderson returning in midfield in place of Wijnaldum. Klopp has shown his ability to rotate effectively over recent weeks and I think he may give Sturridge a start in place of Salah on Sunday.

Everton have a lengthy injury-list at present. Baines, McCarthy, Stekelenburg, Barkley, Funes Mori, Coleman, and Bolasie are all out injured for the moment. Liverpool fans will rejoice that Bolasie won’t be making an appearance as he always had the Reds defence in tatters when playing for Crystal Palace.

Rooney and Sigurdsson should be the main men in a crowded Blues midfield with the young starlet, Calvert-Lewin, on his own up front. 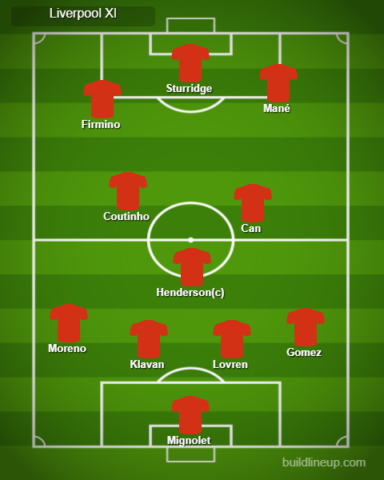 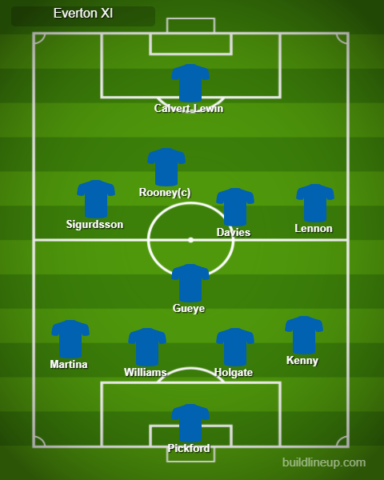 Liverpool won 3-1 when the teams last met. It was at Anfield in April of this year when an early goal from Mané was followed by a cracker from Coutinho plus a third from Origi in the second half. Pennington had equalised for Everton just three minutes before Coutinho restored the lead.

In fact, Everton have not tasted victory in the Merseyside derby since the dark days of Hodgson, Konchesky and Jovanovic in late 2010.

Yes, Everton have improved in recent weeks, but they’re still not a patch on the Red half of Merseyside. I think Rooney could snatch a goal for The Toffees but it should only be a consolation as Liverpool’s attacking prowess proves too much for the opposition again.