Bournemouth’s last home win was a 4-0 trouncing of Huddersfield Town. Since then they have drawn three and lost two, with one of each of those at home. Eddie Howe will surely have been impressed by his side’s efforts at Old Trafford on Wednesday when they were unfortunate to leave Manchester with no points.

It was all going swimmingly for Klopp and co until the Merseyside derby. Yes, those jammy Toffees managed to scrape a draw with Rooney’s late penalty. Of course, Liverpool should have had the game put well beyond doubt by that stage. It was more of the same midweek, as a well-disciplined West Brom also managed to hold out and take a point from Anfield.

Before that, Liverpool were banging in the goals and only conceded two in the last five so it’s not exactly panic-stations yet, despite what many of the kneejerk-reactionists would have you believe.

Several Bournemouth players had to receive treatment at Old Trafford on Wednesday night so I expect some changes to Howe’s starting lineup.

Former Red, Brad Smith, misses out with a hip injury, as does Tyrone Mings with a back problem.

Bournemouth have no suspensions for this game.

Clyne is unavailable until February with a back injury. Matip is not expected to be fit again until January while Moreno (ankle) is also unavailable for the next few weeks at least. Lallana will be hoping for more minutes on the field so depending on how the game is shaping up I would expect to see the England international given the chance to gain some more match fitness.

Daniel Sturridge is also a doubt with a tight hamstring. Klopp surprised many of us with his inclusion of Loris Karius in the starting eleven against West Brom. It’s just a guessing game for us fans at this stage but I feel he may continue with Karius in goals at the weekend. I think Mané will start on the bench this weekend with Solanke getting a run up top alongside Firmino and Salah. Gomez and Henderson will also most likely make the starting eleven in place of Alexander-Arnold and Emre Can. 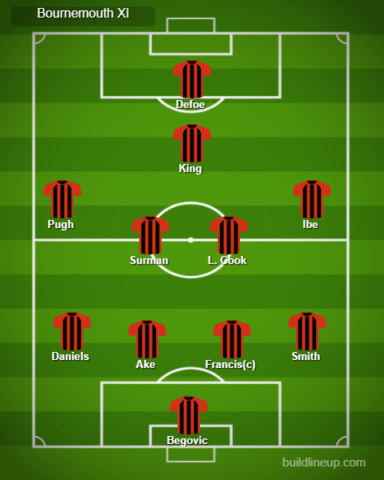 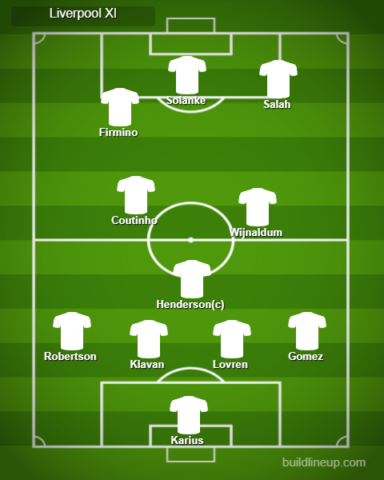 Bournemouth had the better of Liverpool in their league encounters last season. Eddie Howe’s men won this fixture 4-3 after a cracking game at the Vitality Stadium. The Reds were not able to exact revenge on Bournemouth at Anfield in April as that game finished 2-2.

After 11 goals in their two meetings last season I’m going for goals aplenty again on Sunday. I think Liverpool have been performing better on the road lately and I think they’ll claim all three points in what should be a highly entertaining match.