Burnley’s form, of late, has been a little bit meh when compared to the start they made. However, that doesn’t take away from the job Sean Dyche has done with Burnley. This season they are punching far above their weight and Dyche is a very underrated manager in the current Premier League.

Burnley were within touching distance of a memorable victory at Old Trafford on Boxing Day but Mourinho’s men clawed it back from two goals down. Burnley’s last home game was a disappointing 0-3 defeat against Spurs. They’ve kept three clean sheets in their last five games, including the draw at Huddersfield on Saturday where they kept David Wagner’s team to an impressively low xG of 0.05 for the game!

Liverpool have enjoyed a relatively successful festive period with the home draws against Everton and West Brom the only real “low” points. Of course, there was also the fact the Reds let a two-goal lead slip at the Emirates against Arsenal but there have been impressive wins against Bournemouth and Swansea as well as a come-from-behind win against Leicester in what was an extremely professional performance at Anfield on Saturday.

Robbie Brady, Tom Heaton, Tarkowski and Ward are all out for Burnley while Chris Wood is still a doubt with a knee injury. Nick Pope has proved a very impressive replacement for the injured Tom Heaton in the Burnley goals. They’ve kept the same starting eleven in their last two games and I expect Dyche to keep it the same on Monday.

Burnley have no suspensions for this game.

Clyne is unavailable until February with a back injury. Jordan Henderson misses out with a thigh injury he picked up in the early stages of the game at Arsenal while Moreno’s ankle injury is expected to keep him out for another couple of weeks, at least. Daniel Sturridge is lacking match fitness after missing out on the last couple of games because of a tight hamstring while Grujic has a wrist injury that could keep him from a place on the bench. Oxlade-Chamberlain and Solanke may be awarded starting places to replace Mané and rest Firmino. 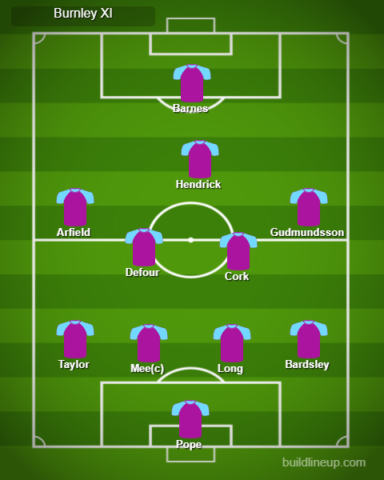 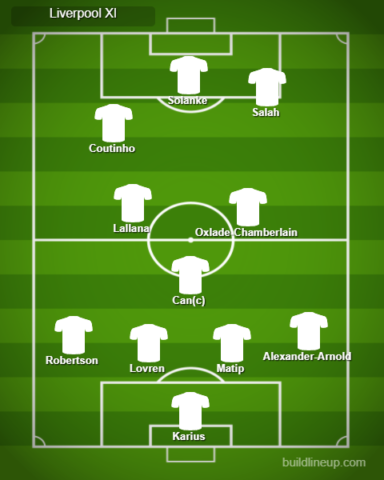 Burnley won this fixture 2-0 last time out, putting an early dent in the Reds’ hopes for the season. Liverpool could only manage a 1-1 draw in the reverse fixture back in September.

I think Turf Moor is going to be a very difficult place for the Reds to visit on New Years Day. Both teams will be tired with their second outing in 48 hours but Liverpool may well have to adopt a different approach to cope with Burnley as well as their accumulated fatigue. I think a draw is a very probable result and knowing Burnley, it won’t be a high-scoring game.

It will be interesting to see what Klopp has learned from last season’s experience at Turf Moor. We know what to expect from Dyche. It’s up to Jurgen to spring the surprises.