Liverpool have been in very impressive form since mid-December. More importantly, it has been noticed by many, the Reds seem to be developing a bit of “steel” about them. Against Leicester, Liverpool came from behind to grab the win. In the Burnley game, Sean Dyche’s men delivered the perfect sucker-punch with a late equaliser. Liverpool did not drop their heads, though. They continued to believe and push forward and were rewarded with Klavan’s late winner. The same could be said for the derby win. Up jumped our new talisman and etched himself into the Liverpool history books.

How do I summarise City’s form this season? They have been exceptional, simply blowing away 95% of the teams in front of them. One defeat in 33 games this season tells it’s own story. Also, it’s worth pointing out, that defeat was in a “meaningless” Champions League group game against Shakhtar. City had already sealed their place at the top of the group when that game took place.

Guardiola seems intent on blowing all existing records out of the water as City stride towards an unprecedented quadruple. Crystal Palace managed to put the only blemish on their recent record, bringing a halt to their 18-game winning streak in the league. Palace managed to hold City to a 0-0 home draw on New Year’s Eve.

Alberto Moreno is nearing a return to full training so another couple of weeks should be enough for him to get back into contention. However, Andy Robertson has grasped his opportunity at left-back with both hands and Moreno will find it tough to edge his way back into the starting eleven.

With more and more rumours surfacing about Nathaniel Clyne it will be interesting to see any future developments. Personally, I wish him well and hope he hasn’t ruined his career with some silly mistakes. The official line, however, is that he is still injured and is not going to be fit for at least another month or two.

Liverpool do not have any suspensions for this game.

City managed to get through their Carabao Cup semi-final tie with Bristol City unscathed, injury-wise. Gabriel Jesus and Benjamin Mendy are still out through injury but Vincent Kompany is pushing for a place on Sunday.

City do not have any suspensions for this game. 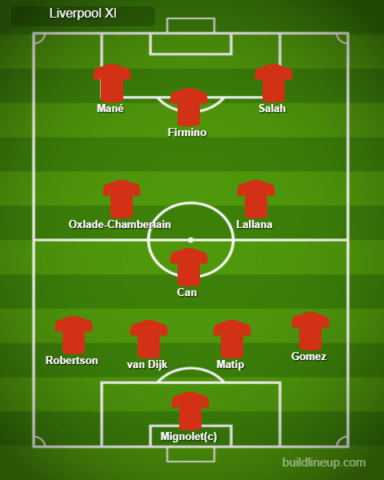 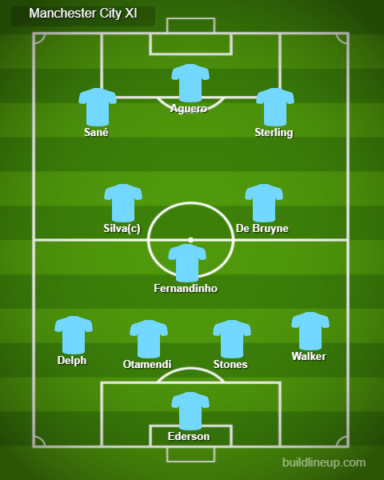 The last meeting between the two sides ended in humiliation for Klopp and his men. City ran out 5-0 winners after a first-half sending off for Sadio Mané. The last meeting at Anfield was just over a year ago, the day Wijnaldum rose highest to head home the only goal after a cross from Lallana.

Liverpool have not lost against City at Anfield since 2003. However, this City is a different animal than any previous version they have faced. It should be a cracking encounter and the Reds will want to get some kind of payback for the 5-0 drubbing at the Etihad in September. It’s time for the midfield to step up and show that they can do a job in the place of the departing Coutinho.