It was all going swimmingly, wasn’t it? Then a trip to the bottom of the table club in Wales puts an end to the run the Reds had been on. There is nothing more “Liverpool” than beating the team who are quite probably the best team in the world and then following that up by losing at Swansea, eight days later.

Let’s be fair, however. Liverpool’s xG of 2.2 was better than what they had managed against City, Everton and Burnley in the three previous games – three games they actually won. They restricted Swansea to an xG rating of 0.5 which was less than what Burnley and Leicester managed in their recent defeats to the Reds.

As has been pointed out on AnfieldIndex.com, these defeats are becoming a very rare occurrence indeed. Liverpool had gone 18 games unbeaten before Swansea on Monday night. That was also only the third league defeat all season. It is one defeat less than at the same stage last season, and the Reds have earned one point more.

Swansea was one of those blips that happen. This is real life. This is football. There is no such thing as perfection. The Reds proved that by toppling City the previous week. Liverpool will get back on track. My belief (and hope) is that this team is better than what we had a year ago. To prove that, Liverpool need to get back to winning ways quicker than most fans expect them to. You would be forgiven for presuming the worst, that the Reds will go into a freefall as they did in January 2017. Klopp and his men must show us that is not going to be the case.

Alan Pardew enjoyed his first victory as West Brom boss when they won 2-0 at Exeter City in the 3rd round of the FA Cup. In the ten league games he has been in charge, West Brom’s record is W1 D5 L4 – with 0.8 points per game. Pardew has taken West Brom from 17th to 19th in the Premier League.

That doesn’t tell the whole story, though. Pardew’s Baggies have drew twice with Everton, won at Brighton and achieved respectable draws at home to Arsenal, and more notably at Anfield. The 0-0 away draw with the Reds was very early in Pardew’s reign and gave West Brom fans great hope for what their new manager could possibly achieve this season. Progress has been slow since, to say the least, yet, it is a worrying point that Pardew was able to set his team up to stifle Klopp’s Reds at Anfield once already, this season. West Brom’s xG rating from that game was 0.52 and it was 2.14 for Liverpool, suggesting Lady Luck certainly had her part to play, too.

Liverpool have some niggling injury concerns this week. Dejan Lovren has a virus and may miss out. Daniel Sturridge is said to still have a slight hamstring issue, though that may be a negotiating issue if he is indeed in talks with Internazionale about a potential loan move. Nathaniel Clyne is still out of the picture, indefinitely, but club captain, Jordan Henderson, and Alberto Moreno are getting closer to full fitness each day and may well make the squad for Saturday.

Virgil van Dijk should start for the second game in a row. Klavan may get a run-out but it’s also possible that Klopp wants to continue to nurture the partnership of Matip and VvD in the centre. Karius will most likely keep his place in goal and Milner might get a rare start in midfield, along with Lallana. Up front, expect to see Liverpool go full throttle with Salah, Firmino and Mané.

West Brom have just two players missing through injury. Midfielders, Nacer Chadli and James Morrison, are not expected back until late February. Chadli has a thigh muscle strain while Morrison is suffering from an Achilles injury.

Pardew set up with a 4-5-1 shape in the December game. He may well opt for the same again on Saturday. If he does, Rodriguez would be dropped to the bench, probably for McClean, Yacob, or Livermore, to add the extra body in midfield. 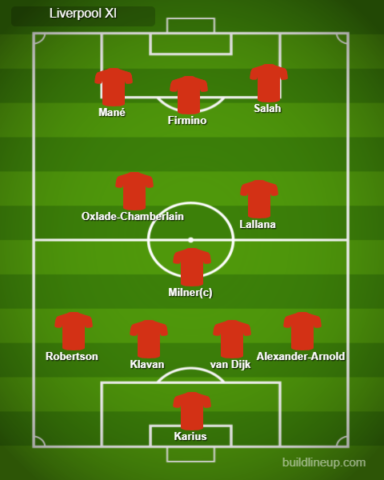 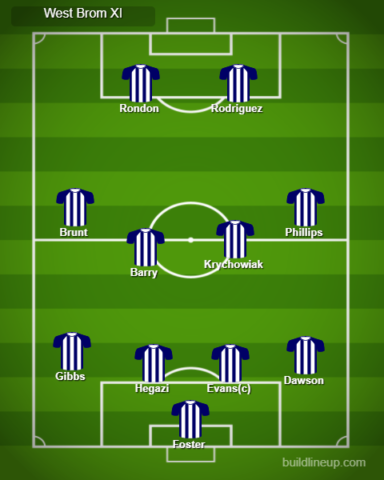 The last meeting was the aforementioned 0-0 draw at Anfield back in mid-December. West Brom have not beaten Liverpool since a 2-0 victory at Anfield in February 2013. In the last eight meetings between the two teams, there have been five draws, and Liverpool won the other three, but always just by a one-goal margin.

Liverpool fans are getting tired of waiting for some silverware. The Reds have a realistic chance of success in both the FA Cup and the Champions League this season. Klopp just needs to figure out how to keep the challenges going on all fronts. He rotated his squad very effectively over the Christmas period and will need to continue to do so if the cup fixtures pile up as the season progresses. With this in mind, it should be another strong selection for Saturday night and I expect Liverpool to get past Pardew and West Brom, but only just.