On Tuesday night, Liverpool did what they had to. A calm, composed, and professional performance from Klopp’s men led to a convincing 3-0 win at Huddersfield. The midfield of Henderson, Can, and Milner, certainly lacked a creative spark and any real incisiveness but they eventually passed their way into the Huddersfield area and helped the team create an xG rating of 2.08 for the game. Defensively, the central pairing of Matip and Lovren was comfortable, but Huddersfield didn’t really offer much threat to test them. Yet, they did what they had to do, and did it with a certain level of composure.

I think Henderson is making a difference back in the middle. He’ll probably never be a “world class” talent but he does keep things ticking over with some good vision and first-time passes. Emre Can was impressive again – who knows what the summer holds for him?

Up front, well, I just love Bobby Firmino. The footballing brain I wish I’d had. What a player and he’s been in great form for most of the season now. Salah is still a constant threat while Mané is still trying to get back to the levels he reached at Anfield, previously. But he is getting there, and he will reach those levels again. Mané banged in two goals in this fixture last season, so, more of the same please, Sadio.

Spurs were simply breathtaking on Wednesday night against United. Granted, any team who scores after 10 seconds will be flying high on confidence for the rest of the game, but they never let up. United were pegged back and rarely allowed to threaten Lloris’ goal, as can be seen from the xGA stat on the table below. They almost restricted United to as little goal opportunities as they had done to Everton in the 4-0 win back in mid-January.

They have drawn their last two away games, at Newport and Southampton. Before that, they won at Swansea and Burnley after a 4-1 defeat at the Etihad in mid-December. Ordinarily, Spurs don’t enjoy their visits to Anfield and it will be very interesting to see how they approach the game on Sunday.

Liverpool are still missing Lallana, Klavan, and Clyne. In recent weeks, Klopp has seen the return of Henderson, Moreno and van Dijk. I expect Andy Robertson to keep his place at left-back with Matip and van Dijk paired up in the centre of defence. Again, I hope to see the early-season midfield trio in place of Henderson, Can, and Wijnaldum.

Karius will keep his place in goal and rightly so. Mignolet has had four and a half years to prove himself and failed. Let’s at least give Karius every game from now until the end of the season.

Spurs will be without first-choice right-back, Serge Aurier. Winks is also out while Alderweireld is a slight doubt. I expect to see the same starting eleven that Pochettino sent out against United on Wednesday night.

Spurs have no suspensions for this game. 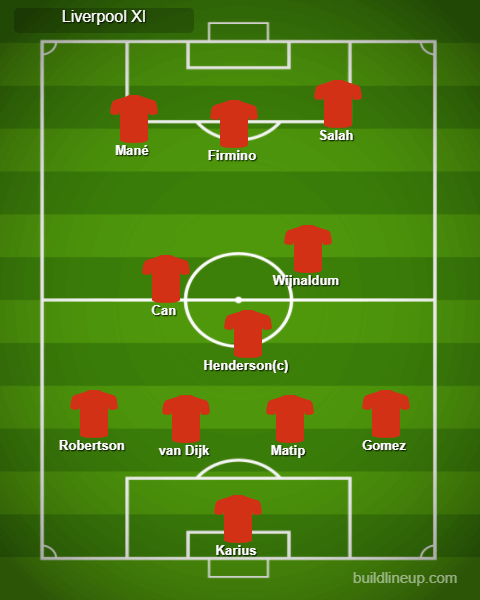 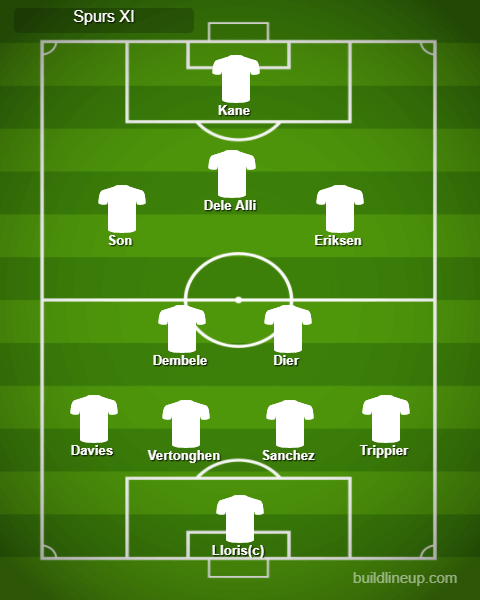 Spurs haven’t won at Anfield since 2011 when goals from van der Vaart and Modric gave them a 2-0 victory in the northwest. In the last seven meetings at Anfield, Liverpool have won 5 and drawn 2. However, that was, of course, before this season and in advance of the Reds getting hammered at Wembley by Pochettino’s men on a day remembered for Lovren’s nightmare resulting in being hauled off after half an hour. A brace from Kane, along with strikes from Dele Alli and Son, meant a 4-1 victory for Spurs in that game back in October. Liverpool have only lost one league game since then and they do, generally speaking, perform well at home to Spurs. A first-half double from Mané gave Liverpool a 2-0 win in this fixture, almost a year ago.

Spurs will be flying high and will not be sitting back at Anfield. This should suit the Reds and I expect goals aplenty. Thankfully, for Klopp and co, they got the convincing win at Huddersfield under their belt after two disappointing results against Swansea and West Brom. I expect the Reds to raise their game again on Sunday and meet Spurs head on. It should be a cracker. Back BTTS and Liverpool to win 🙂