United came from two down on Monday night to take all three points at Crystal Palace. Just when it looked like Roy Hodgson was finally going to have a positive effect on Liverpool’s league position, it all fell apart. Before that, United beat Chelsea 2-1 at Old Trafford. However, this is a Chelsea where Conte seems to already have his eye out for a new role as he will almost certainly be leaving London in the summer.

Mourinho’s men continue to advance in the FA Cup and are well set up to progress in the Champions League, as well. The biggest gripe United fans (the honest ones!) have is with the style of football that Mourinho has his ultra-expensive ensemble play. Yet, that won’t bother them one bit if they manage to defeat Liverpool on Saturday.

Liverpool have been hitting great heights again after a slight blip in January when they lost at Swansea and exited the FA Cup at the hands of West Brom at Anfield. They have won five in seven since then, keeping five clean sheets in the process. In fact, they’ve only conceded one goal in their last five games. The most impressive thing about the four wins you can see in the table below is that they were all very professional performances, not dependant on gung-ho attacking (maybe a little in Portugal), but combining impressive offensive play with a solidity at the back that has been sorely missed for a long time. Is Virgil van Dijk really the difference, already? Or is it simply a case of Karius and his backline growing in confidence as they play together more and more?

United are missing Daley Blind, Fellaini, Herrera, and Ibrahimovic through injury. Phil Jones and Anthony Martial should be available after coming back from slight knocks.

Mourinho will most likely go with a 4-3-3 shape, reverting to a 4-5-1 when United are out of possession. Lukaku will lead the line, supported by Martial and Sanchez from the wide areas. Ashley Young will be tasked with taming Liverpool’s Egyptian King, Mo Salah. Pogba, Matic and McTominay should be the three for United in the middle.

Clyne is still out for Liverpool but Wijnaldum should be available for selection. Captain, Jordan Henderson, received a dead leg at the end of the Porto game on Tuesday but expected to be fine after some rest.

Karius will remain in goal while Alexander-Arnold will return at right-back, a place he has made his own ahead of Gomez in recent weeks. It’s a toss-up between Matip and Lovren to partner VvD at the back. I expect Lovren to get the nod with the hope he is able to cope with Lukaku’s physicality more than Matip.

The midfield should be Henderson and Emre Can at the base with Oxlade-Chamberlain breaking the lines and supplying the front three of Salah, Firmino and Mané. 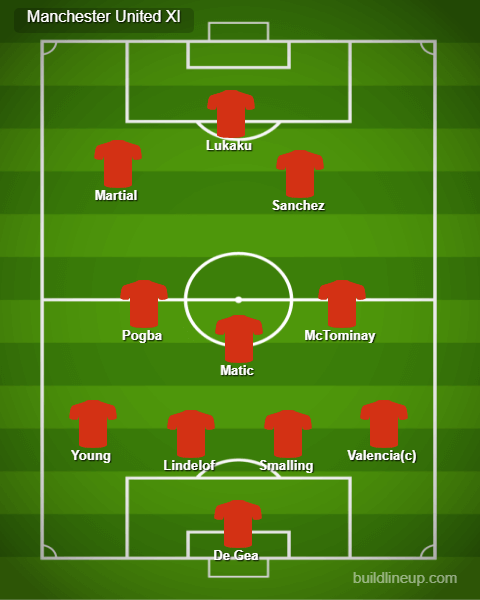 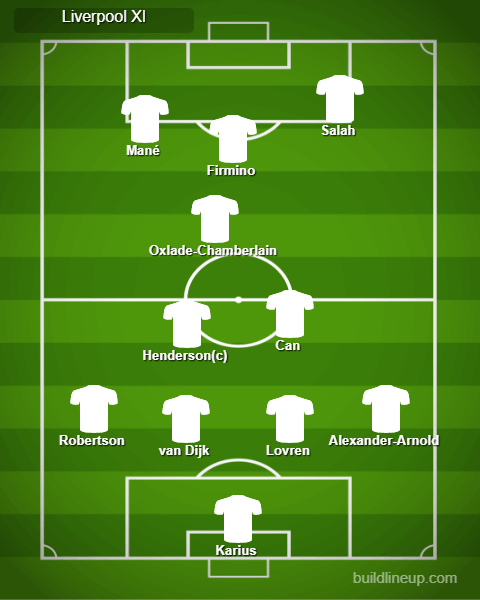 The last four meetings between the two have ended even. This season at Anfield, Mourinho’s team well and truly came with one aim, and they achieved it in the dour 0-0 draw.

I think Liverpool are going to take this one. Yes, I may be ever-so-slightly biased but Salah and Firmino are nigh on impossible to cope with at the moment. Oxlade-Chamberlain has also really impressed lately and Liverpool should have too much dynamism for Mourinho’s one-dimensional setup.