Liverpool have been playing well, despite one or two blips, since late October. That is no mean feat. Klopp’s men have impressed on almost all of their outings since Spurs gave them a right old beating at Wembley. Defeats at Swansea and Old Trafford have been the only real low points as well as the FA Cup exit at home to West Brom in January.

The last two games have shown that Liverpool can still win in style (5-0 v Watford) or, if the need arises, scrap out an “ugly” victory (2-1 at Palace on Saturday).

City have been a different animal this season. Sexy football combined with a mean defensive record makes this team almost perfect in terms of performance and setup. Guardiola, although maintaining his cool and calm exterior, must be absolutely delighted with how things have improved since last summer. City’s only recent defeat was the 2-1 loss at home to Basel in the last round of the Champions League when the game was effectively a “dead rubber” after City had won the first leg 4-0 in Switzerland. It was a similar situation to Liverpool’s 0-0 draw at home to Porto as the Reds had already done the damage, winning 5-0 in Portugal.

City can win the Premier League title with a victory over United at the weekend so they are now in the enviable position of being able to put all of their focus on the Champions League.

Klopp’s only long-term concern is Adam Lallana who picked up a thigh injury after coming on as a substitute at Selhurst Park on Saturday. Joe Gomez is expected to be out for the next few weeks and will miss the City game. Emre Can will hopefully have returned to almost-full fitness from the knock he received when training with the German national team last week. Can should start on Wednesday as, at the moment, an 80% or 90% fit Emre Can is still a better option than most of our other midfielders.

This game comes just too soon for Nathaniel Clyne who is gradually trying to get back into the starting eleven after recovering from a back injury which has kept him out since the summer. As a result, it will have to be Alexander-Arnold who starts at right-back in place of the injured Joe Gomez. This is a concern as in recent games we have seen Marcus Rashford and Wilfried Zaha give TAA a very difficult 90 minutes, constantly getting on goal-side of him. If Leroy Sané is in the mood on Wednesday night then the right-back position could be Liverpool’s Achilles heel.

Henderson and Can at the base of the midfield would be my preferred starting setup on Wednesday plus I would go with Oxlade-Chamberlain at the tip of the midfield in place of Wijnaldum. The front three is set in stone at this stage while at the back it will probably be Matip to partner VvD in the centre.

City are still without Benjamin Mendy while John Stones, Fabian Delph, Laporte, and Aguero will all require late fitness tests. I think Laporte and Aguero will make it into the starting eleven for Wednesday night.

Guardiola will most likely set up in a 433 shape with Kompany and Otamendi partnering up in the centre of defence. His first-choice midfield trio of De Bruyne, Fernandinho, and Silva will support the front three of Sterling, Aguero and Sané.

City have no suspensions for this game. 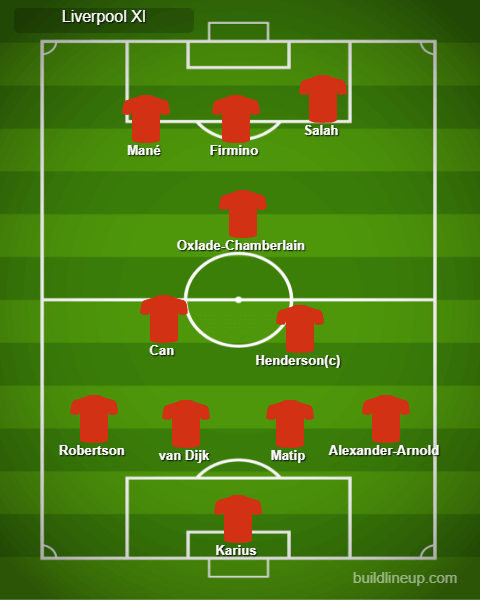 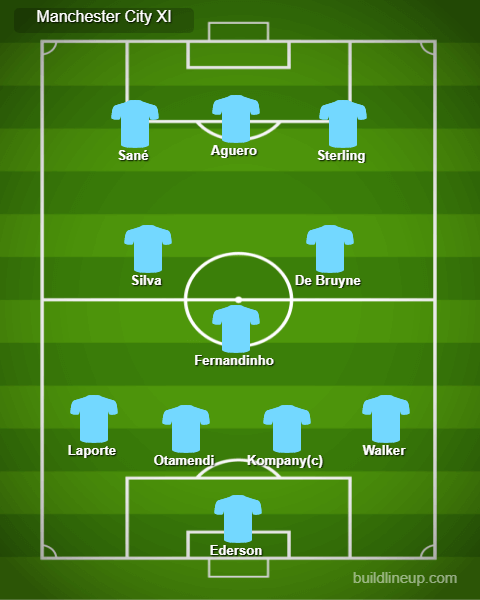 These sides have met twice already this season in the Premier League. The game at the Etihad finished in a 5-0 trashing as City made the Reds pay for going a man down before the break after Mané was given a straight red card for his high challenge on Ederson. Their meeting at Anfield was a rollercoaster of a game with Liverpool dominating for 80 minutes of play to go 4-1 ahead before just managing to finally hold on for a 4-3 victory. The Reds’ performance that day, up until the 80th minute, was top class. Firmino, Salah, and Mané were on fire and ran the City defence ragged. Klopp will be hoping for more of the same this Wednesday night.

This is another tough one to call. One thing that we expect, for sure, is goals. My first thought was a 2-2 draw but considering the advantage of the Anfield crowd on a European night I think it might just be enough to get the win in this first leg.