City have had a disappointing week. Defeat at Anfield was followed by a failure to win the title at home to United on Saturday evening. It will be very interesting to see how this team reacts on Tuesday night when they have to overturn the three-goal deficit from the first leg.

Liverpool made five changes to their team for the derby on Saturday. A 0-0 draw was the outcome and I think most Reds fans were happy with that due to the fact no new injuries were sustained. We also got to welcome Nathaniel Clyne back to action and see Wijnaldum play at the base of the midfield in preparation for City. Liverpool have been on good form of late with the City game last Wednesday the obvious highlight.

John Stones may be called upon in place of Vincent Kompany as it remains to be seen if the veteran Belgian defender has the capacity to start three games in six days. Delph played at left-back against United on Saturday but I expect Laporte to be back in the starting lineup for this game.

Sergio Aguero will also most likely return to the first eleven in place of Gabriel Jesus after making a substitute appearance on Saturday.

Henderson is suspended for this game and Liverpool’s ever-increasing injury-list means there is not much in choice in midfield for Klopp. Wijnaldum was employed in the “number six” role at Goodison Park on Saturday and had an impressive game. So, it will be Gini at the base of midfield with Milner and Oxlade-Chamberlain doing the busy work around him. Goalkeeper, defence and attack will all be the same as from the first leg. 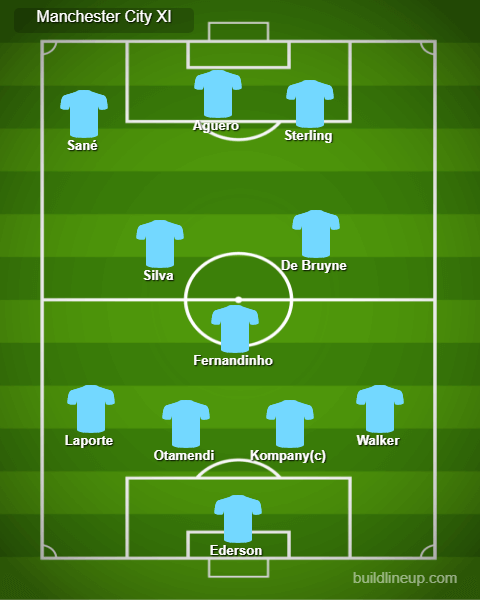 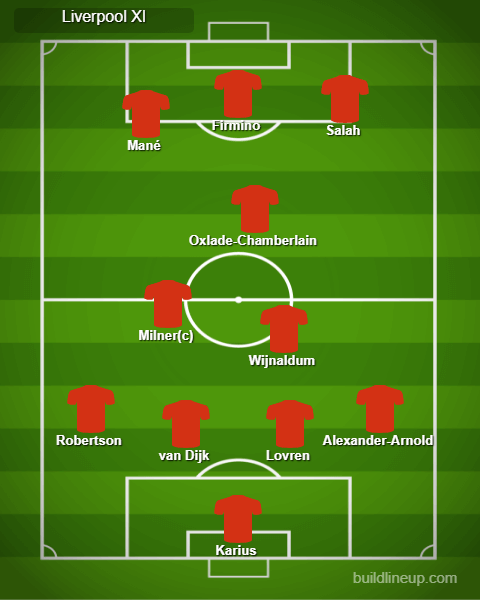 On Wednesday night, Liverpool were simply fantastic. It was the most complete performance I have seen from a Liverpool side in many years. City will be well aware that they have already inflicted a very heavy defeat on the Reds at the Etihad this season. The turning point of that 5-0 trashing was when Mané was sent off. Klopp knows his team need to keep all eleven players on the pitch this time around.

I expect the Reds to cap off a disappointing six-day spell for Guardiola and City. Liverpool’s defence were simply fantastic at Anfield last Wednesday and I think we will see more of the same on Tuesday night. City might snatch one goal but the Reds will score one or two themselves when City have to chase the game and leave gaps at the back. The 5/1 price for a Liverpool win is a very tempting offer 🙂