The Reds’ 80% win rate from the last five games has been the perfect response to that defeat at Old Trafford in March. Two of those four victories were against Manchester City. Three clean sheets and only two goals conceded in those five games – twelve goals scored. Liverpool have plenty of injuries to deal with for the next few weeks but they are hitting another purple-patch in terms of form. The Reds are undefeated at home in the league this season and only lost one at Anfield in all competitions (2-3 v West Brom in the FA Cup).

Bournemouth have won just three times on their travels in the Premier League this season. Their last away victory was an impressive 3-0 win at Stamford Bridge at the end of January. The Cherries are safe for another season, in eleventh position and currently ten points above the relegation zone. They displayed a good never-say-die attitude to come back against Crystal Palace last weekend and will be hoping to push on and possibly challenge Leicester, Newcastle, and Everton for a place in the top eight of the Premier League.

Matip, Gomez, Can and Lallana are all out. Salah and Robertson may not be risked on Saturday after being touch-and-go for their starting places at the Etihad. Moreno will be hoping for a chance to get into the starting eleven in Robertson’s absence. Henderson should return in midfield while I expect James Milner to be rested after his recent heroics.

Eddie Howe has been setting his team up in a 4411 shape lately and it should be the same at Anfield with Defoe keeping himself busy with runs off of Wilson who will be the focal point of their attack. 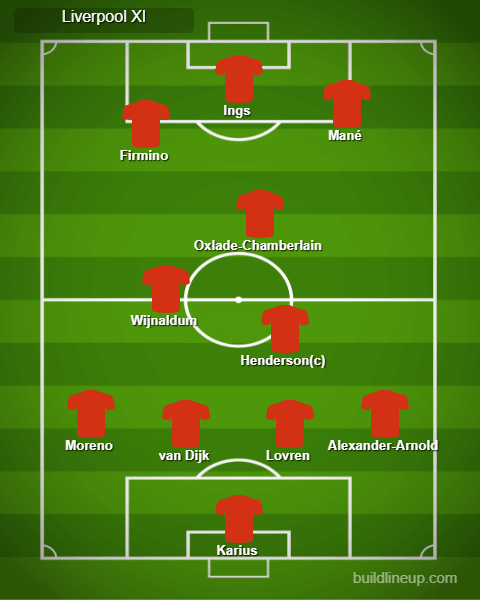 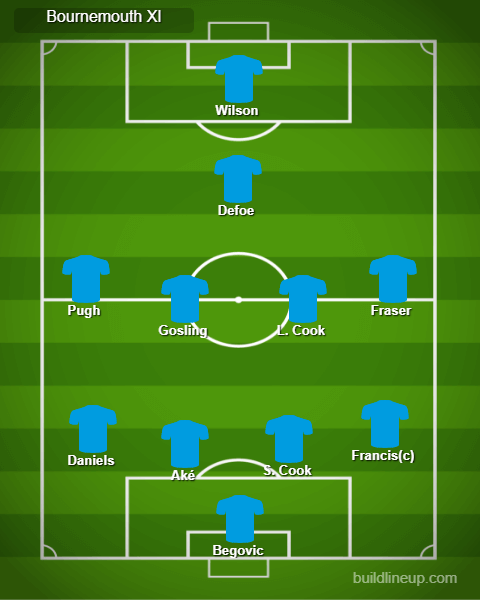 Liverpool ran out 4-0 winners in the reverse fixture at the Vitality Stadium with goals from the now-departed Coutinho, Lovren, Salah, and Firmino. The sides drew 2-2 in this game at Anfield last season when Joshua King scored a late equaliser for The Cherries.

The Reds are bound to be tired after their recent games with Manchester City but there is a four-day gap between the second leg at the Etihad and this game at home to Bournemouth. I expect the recently improving Liverpool defence to hold firm at Anfield while Klopp’s men should contain too much firepower for Bournemouth at the other end.