Darren Moore has been in charge for the two games since Alan Pardew was sacked. They drew 1-1 at home to Swansea and then went and won 1-0 at Mourinho’s United at the weekend. Moore will be looking to keep that form going as he possibly pushes to take over West Brom in the Championship next season. The Baggies are rooted to the foot of the Premier League table, as they have been for most of the season. However, they have performed well against Liverpool twice already, this season. Moore will have them psyched up and they are under no pressure whatsoever so it will be interesting to see how it goes on Saturday.

Liverpool have been in great form lately, winning five of their last six games. Two of those wins were against Manchester City in the Champions League quarter-final. Just two goals conceded in that spell points to the improvements we have witnessed in Liverpool’s defensive solidity in recent months with the acquisition of Virgil van Dijk and the emergence of the excellent Andrew Robertson.

Gareth Barry, James Morrison, Hal Robson-Kanu, and Jonny Evans are all due to miss this game. Nacer Chadli is also struggling to make it back from injury in time for Saturday. Caretaker manager, Darren Moore, will most likely stick with the same starting eleven that did such a great job in taking all three points from Old Trafford last Sunday.

Liverpool are in the enviable position of having a European Cup semi-final to think about in the coming week. Joel Matip, Emre Can, and Adam Lallana are all out due to injury. Joe Gomez most likely misses out but he is gradually getting closer to a return date so a place on the bench is a possibility. I think Klopp will start Clyne to get him some more game time as he returns to 100% match fitness. Oxlade-Chamberlain will probably be rested for Tuesday night but the rest of the team will most likely be at full-strength with the aim of taking off at least two of the front three if Liverpool are in the lead on the hour mark. 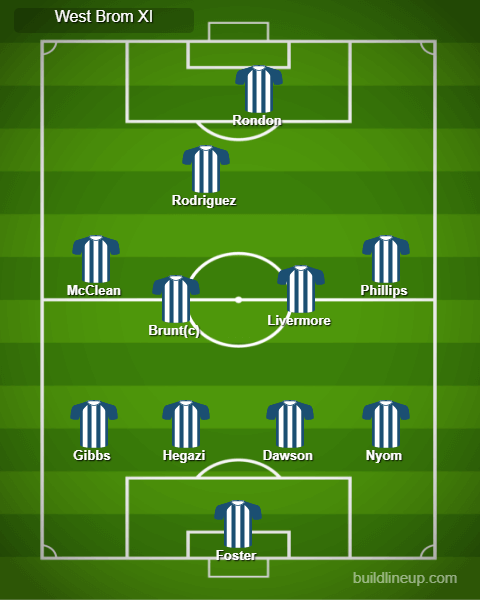 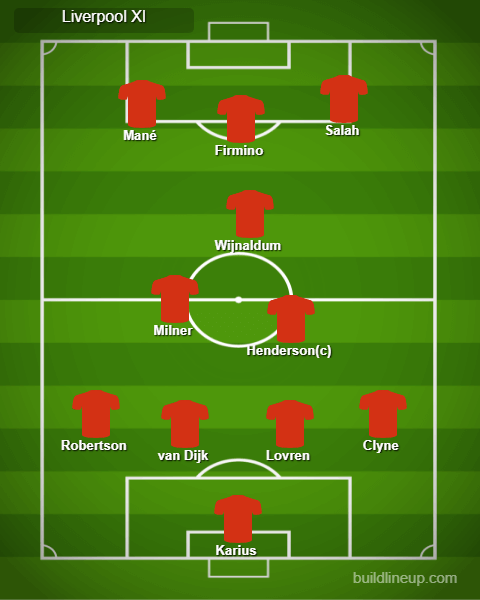 West Brom knocked Liverpool out of this season’s FA Cup with a 3-2 win at Anfield in the 4th round. The sides drew 0-0 when they met in Liverpool in mid-December. So, West Brom have done well against The Reds this season. Last term, this fixture ended in a 1-0 win for Liverpool with the only goal of the game coming from Roberto Firmino.

Liverpool are in flying form and will be looking to keep that going as we approach the Champions League semi-final on Tuesday. With a possible strong starting eleven as well as some pre-planned substitutes on the hour mark, Klopp should be able to get the three points on Saturday while, hopefully, keeping his best team ticking over for Tuesday night