Liverpool’s crazy season continues. Roma were put to the sword on Tuesday night at Anfield and if not for a lapse in concentration during the final ten minutes then we would be all but through to another Champions League final. Still, we should be, as Roma will struggle to keep Liverpool out next week again. In the league, Liverpool threw a two-goal lead away at West Brom last Saturday. They need to be careful not to have any more “silly” draws as Chelsea can still snatch that fourth spot from us. Beat Stoke on Saturday and we will be within touching distance of Champions League qualification again for next season, especially with our final game of the season being at home to Brighton after we travel to Chelsea.

Stoke’s last win was 12 games ago. They have drawn 6 and lost 5 since then. Lambert’s men are in 19th position, four points behind Swansea who are just above the relegation zone. Stoke also have a game less left to play so it’s not looking good for them at all. They have remained unbeaten in their last two games, drawing at West Ham and at home to Burnley. Defeat at Anfield on Saturday would more than likely be the final nail in the coffin that sends them down to the Championship for next season.

Unfortunately, this season’s successes in the Champions League have resulted in the Reds’ injury-list lengthening as we progress. Our midfield really is down to the bare bones, especially after last night’s season-ending injury for Alex Oxlade-Chamberlain. Already out are Joel Matip, Emre Can, and Adam Lallana. I’m sure Klopp would have liked to do some rotating in midfield but it pretty much has to be Henderson, Milner, and Wijnaldum, from here on in, unless, of course, he gives some game time to someone like Ben Woodburn.

Stoke don’t have too many injury worries at present. Choupo-Moting looks to be the only first-teamer who is more than likely going to miss out on the action this weekend due to injury. Lambert has been setting Stoke up in an old-fashioned 442 shape as of late. Crouch may make the starting line-up if he’s not too busy winning at Twitter. Shaqiri is their most likely danger-man from the midfield while, in goals, Salah and co will have to get past England international, Jack Butland. 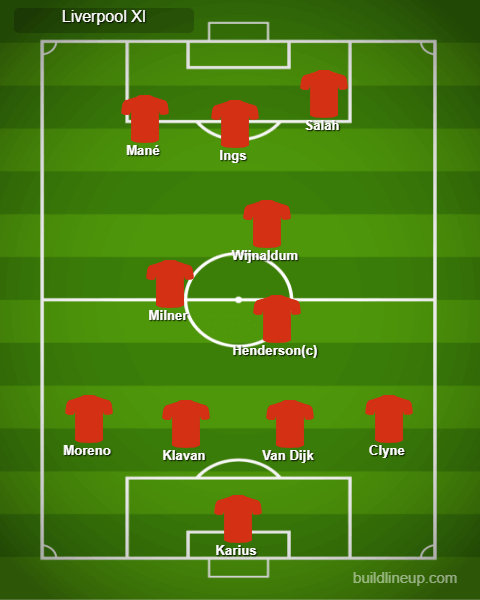 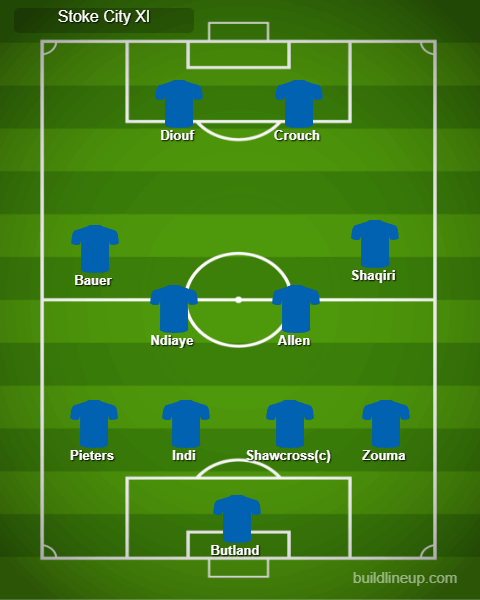 Liverpool won 3-0 at the bet365 Stadium back in late-November. Mané scored in the first half and Mo Salah came off the bench to score two more in the final 15 minutes. The last two meetings at Anfield ended in 4-1 wins for the Reds.

As Liverpool’s European dream rolls on, it could be expected for them to take their eyes off the prize of a top-four finish in the Premier League. But that can’t be allowed to happen. If this Liverpool team want to go on to be considered one of the greats then that will no doubt involve fighting on all fronts right to the end of each and every season. Granted, with another couple of good transfer windows there will be better strength in depth for Klopp to choose from but right now he has got to rally the troops he has. And, he will. Stoke have had a very poor season and Liverpool should have enough about them to take another three-point-step to Champions League qualification for next season.