Chelsea have had something of a renaissance in recent weeks. Just when I had written them off and considered Antonio Conte to be just seeing out his time until the end of the season, they’ve started grinding out wins again. It may be too little too late in their push for a top-four place with Liverpool just needing three points from their last two games to snatch fourth, but they will be glad to have managed to stay in the race this long. It really had looked like a foregone conclusion back in March and early April. No doubt, Liverpool’s progress in Europe’s elite competition has taken its toll on their squad and league form – three draws in their last four Premier League games proves that – but, nonetheless, Chelsea have played their part in this race since mid-April, too.

There are two different Liverpool teams at the moment. We have the Premier League outfit who have looked tired and somewhat lethargic since the beginning of April – because they are tired and lethargic. They have to be. Injuries to several key players have meant that Klopp now has to operate with “bare bones” of a squad at his disposal. With some rotation in the front three for league games and an exhausted midfield three, Liverpool have been falling short. The top-four should be sewn up, yes, but let’s not be too harsh. Klopp and his men have had other things on their mind.

Conte is without David Luiz, Danny Drinkwater, and Ethan Ampadu for Sunday’s game. Chelsea will more than likely line up in their 3421 shape which Conte has used for most of the season.

The Liverpool injury-list now includes the names of Emre Can, Joe Gomez, Adam Lallana, Joel Matip, and Alex Oxlade-Chamberlain. Klopp and the backroom team now have to make some choices on the best way for the Champions League final eleven to rest and recuperate in the three weeks between now and the final. I think we will see a strong starting lineup for each of their remaining league games with the plan to rest the main guys (Salah, Firmino, Milner etc) after 60 or 70 minutes of those matches. 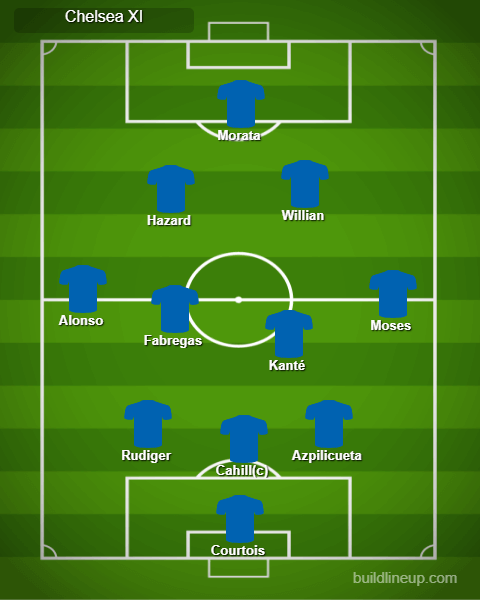 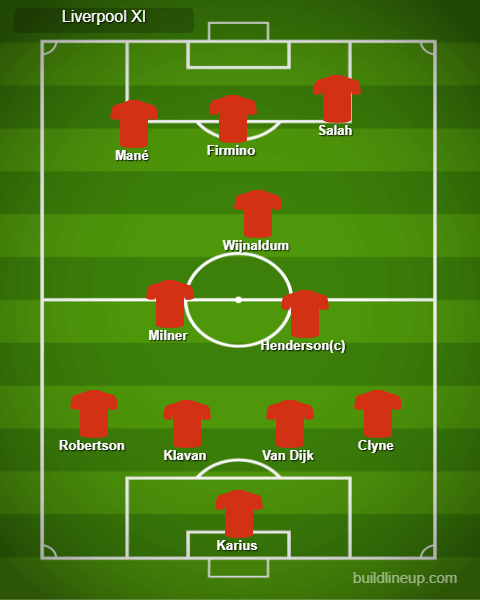 The sides drew 1-1 at Anfield back in November after a Willian cross somehow found it’s way over Mignolet into the far corner of the net to equalise for Chelsea. That was after Salah gave the Reds the lead shortly before that. Their last meeting at Stamford Bridge was Liverpool’s 2-1 win last season. In fact, Klopp has won on both his visits to Stamford Bridge as a Liverpool manager, so far. A 3-1 win for Liverpool in Klopp’s first season was one of the final nails in the coffin of a certain Jose Mourinho as his time at Chelsea drew to a close.

A draw will be enough in this game to secure Liverpool’s Champions League qualification for next season. I think the Reds will get that draw, too. I think we will get a repeat of the 1-1 scoreline from the game at Anfield in November.