Liverpool’s form table looks poor but we can remember how the wheels just came off a little towards the end of last season. The Chelsea and Roma defeats were mainly down to energy-preservation. Brighton were well-beaten at Anfield in the last league game and then Real Madrid ruined our dream with that Champions League final victory in Kiev. Anyway, onwards and upwards. New season, same enthusiasm and, hopefully, the same exciting football.

West Ham finished last season positively, winning two of their last three games. The draw was against second-placed Manchester United, so no shame there, either. In pre-season, West Ham only experienced one defeat.

Of Liverpool’s four major summer signings, three of them will expect to be regular starters for Klopp’s Reds. An eventful and mostly positive pre-season campaign has given Jurgen Klopp plenty to consider before the arrival of West Ham on Sunday. Daniel Sturridge seems to have just realised that there probably isn’t anywhere better to be in the football world at the moment. I’m guessing that dawned on him as The Reds steamrolled their way to last season’s Champions League final. Sturridge’s summer performances have been top-notch, and he looks hungrier than ever in front of goal. I live in hope that we may see that Sturridge of 2013/14 again. Notably, he has combined well with new signing, Xherdan Shaqiri, when on the pitch together. He also seems to have a budding bromance in the making with our new midfield dynamo, Naby Keita.

Alisson comes in to replace Loris Karius as Liverpool’s first-choice goalkeeper. There may be a fruitful career in the future for Karius, and I really hope there is, but it remains to be seen if that will be with Liverpool. Fabinho will sit at the base of the midfield with Naby Keita like the Duracell bunny in front of him. Jordan Henderson may well relish the opportunity of getting away from the “six” position and having the freedom to roam into opposition territory once more. Gini Wijnaldum and James Milner also showed in recent weeks that they will certainly not be looking to just make up the numbers. Alex Oxlade-Chamberlain is unfortunately out for the season so here’s hoping to a successful recovery for a player who was playing the best football of his career when disaster struck last April.

Lovren may not make the starting lineup on Sunday having just recently returned from holiday after his ‘extended’ World Cup involvement. Joe Gomez is expected to have overcome a knock to take Lovren’s place beside man-mountain Virgil van Dijk in the centre of defence. Joel Matip and Ragnar Klavan are both ruled out due to injury.

Fabinho, Keita and Milner is my predicted midfield trio. Henderson is also only recently returned from his summer break. As mentioned, Gini Wijnaldum has impressed in recent weeks and could not be faulted for expecting a starting place on Sunday, either.

Up front, Bobby Firmino is the only doubt and that is simply due to his late return, a la Henderson and Lovren. However, I think Klopp will start with Firmino in the centre and Sturridge will get a run from the 60 or 70-minute mark, all going well. Mohamed Salah and Sadio Mané will take their usual roles on either side of Bobby.

West Ham should be without Winston Reid, Manuel Lanzini, Andy Carroll, and possibly Yarmolenko, all due to injury. Predicting Pellegrini’s starting eleven at this stage is a bit like doing a lucky dip.

Lukasz Fabianski should get the nod in goals ahead of Adrian while Issa Diop and Jack Wilshere are also expected to make their debuts for West Ham. Pellegrini will probably stick with a trusted 442 formation which could also be construed as 451 with Arnautovic dropping back to midfield when they are out of possession. 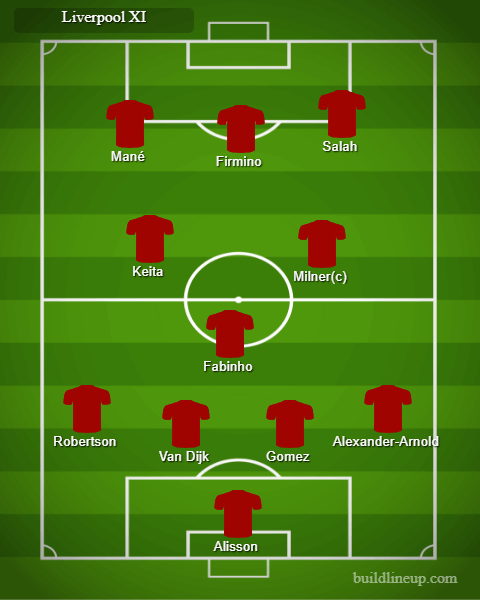 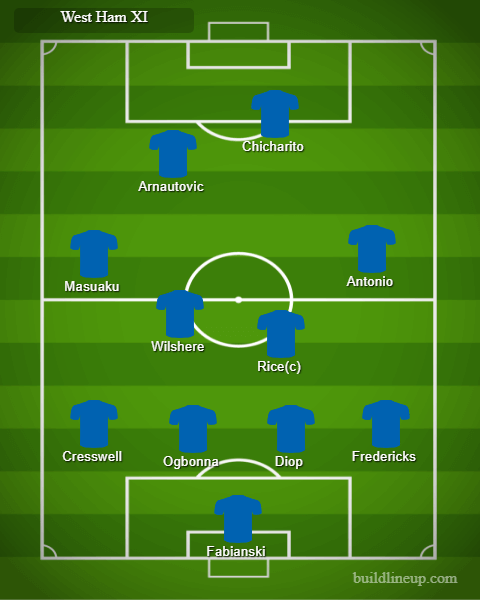 Liverpool have struck four goals in each of the last three meetings with The Hammers. A 4-0 win in London was followed by two 4-1 wins in the most recent games, one in London and lastly at Anfield.

West Ham have completed some shrewd business in the transfer market this summer, however, their most important deal might just have been getting Manuel Pellegrini to take the hot seat at London Stadium. However, there has been a significant gulf in class between the two teams in recent years and this early-season meeting should be too soon for Pellegrini and his men to get anything out of. Salah scored three goals in two games against West Ham last season and I expect more of the same on Sunday. Liverpool to win and get the season off to a flyer.