A quick look at the form stats below shows that Crystal Palace are the form team in the Premier League when taking the run-in at the end of last season into consideration. Roy Hodson’s team got off to a great start in their mini-London derby with Fulham at Craven Cottage last Saturday. Wilfried Zaha was on the scoresheet and today we had the news that the skilful attacker has signed a new contract extension with The Eagles. Life is pretty good for Crystal Palace fans at the moment and they will be dreaming of a top-half finish this season to improve on last season’s already-impressive 11th position.

Liverpool once again made their Premier League opponents sit up and take notice with a fantastic opening-weekend victory over West Ham at Anfield last Sunday. There has been a bit of a media frenzy about The Reds in the days since then and Jurgen Klopp must get his team to focus on maintaining their form and not letting the attention get to their heads. If Liverpool perform like the current squad is capable of for the rest of the season then we’re in for a hell of a journey. The season and the team’s exploits at home and in Europe will bring pressure, however. Dealing with that must be top of the agenda for Klopp and his team. It’s vital not to let Manchester City get ahead early on like they did last season. Three points at Selhurst Park would be a fantastic statement from Liverpool.

Scott Dann and Conor Wickham are both out due to injury while new signing, Max Meyer, is also a doubt but will face a late fitness test in his race to be fit. Early-season team predictions are tough so I’ve played it safe and said that Hodgson will stick with the eleven that served him so well at Fulham last Saturday.

The benefits of having Jeffrey Schlupp on the left of midfield is that he will be no stranger to defensive duties and he will be able to help Patrick van Aanholt out at the back who is up against Mohamed Salah.

Injuries have ruled out Dejan Lovren, Joel Matip and Ragnar Klavan. Alex Oxlade-Chamberlain is expected to miss out on the bulk of the season so it will be next summer before we see The Ox in a red jersey again.

I’ve gone for the same eleven again for The Reds as there were no glaring problems with the team that won convincingly against West Ham. Maybe Jordan Henderson might get the nod ahead of Gini Wijnaldum at the base of the midfield, or the club captain might even replace James Milner further up the park but the rest of the team should be the same. Fabinho should be prepared for a place on the bench again. I’d expect his first start to be Saturday week when Brighton visit Anfield. 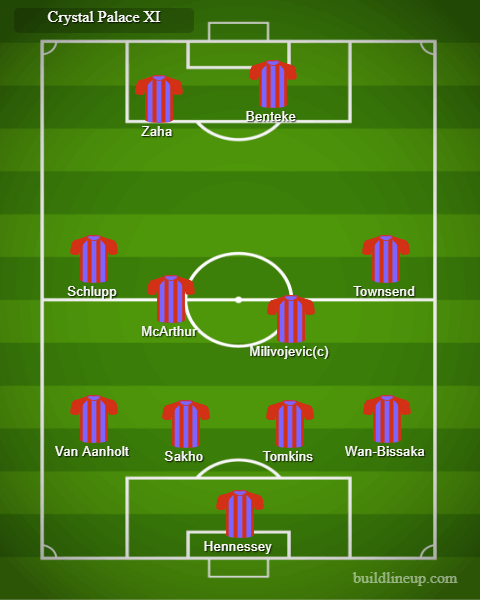 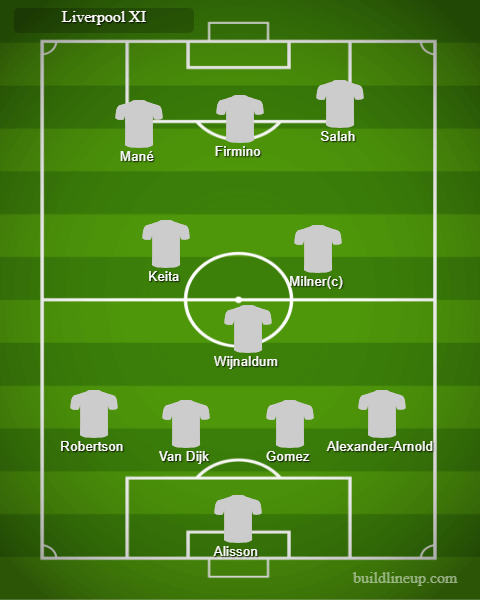 Up until last August, Crystal Palace had a bit of a hex over The Reds when it came to their games at Anfield – winning three visits in a row. Liverpool, however, did beat The Eagles 1-0 at home last season and have actually won on their last four visits to Selhurst Park (2-1 three times and a 4-2 victory). Expect goals on Monday!

Palace have been in great form and are by no means an easy three points for anyone, these days. Yet, I think this Liverpool team is on a mission and have hit the ground running. There were no early-season cobwebs on display at Anfield against West Ham and I think The Reds will have far too much firepower for Hodgson and co on Monday night. Back Liverpool -1 🙂