Liverpool have started the season well. Two impressive wins, both in differing manners, see The Reds with a +6 goal difference and yet to concede a goal. Liverpool’s xG stats from both games seem to point to the distinct possibility of a more sustained title-challenge this season. If Klopp can keep his men focused and not thinking ahead of their next game then Liverpool should snap up another three points on Saturday.

Brighton suffered defeat on the opening weekend at Watford but bounced back last Sunday at home to Manchester United. As you can see from the table below, Brighton’s only two victories in their last five competitive games were both home wins over the mighty United. Chris Hughton’s men will be aiming to show that they are not just at Anfield to make up the numbers and will look to give Liverpool a tougher time than they did on Merseyside when they met back in May in the final game of last season.

Liverpool are without Dejan Lovren and Joel Matip while Ragnar Klavan has left the club for Cagliari in Serie A. Lovren and Matip should be available for selection within the next couple of weeks. Alex Oxlade-Chamberlain is out for most of the season.

Joe Gomez has impressed as Virgil van Dijk’s partner at the back in Lovren’s absence. I expect Klopp to only make one change and that will be Jordan Henderson to start ahead of James Milner, just to spare Milner some minutes as he has started the season in full-on fashion. Fabinho will most likely make an appearance if Liverpool are looking good for the win after about 60 or 70 minutes.

Another possible change is Daniel Sturridge getting a start in place of Bobby Firmino as the Brazilian still looks like he’s not fully match fit after returning late from his extended summer break.

Significant Outgoings: None of note

Lewis Dunk looks set to miss Saturday evening’s game. Also, fullback, Bruno, is expected to miss out due to the injury he picked up at Watford on the opening weekend of the season. Jose Izquierdo and Florin Andone are also doubts for Saturday’s game.

I expect Chris Hughton to stick with the same starting eleven that won so convincingly against Manchester United on Sunday. They will set up in the 4411 shape. 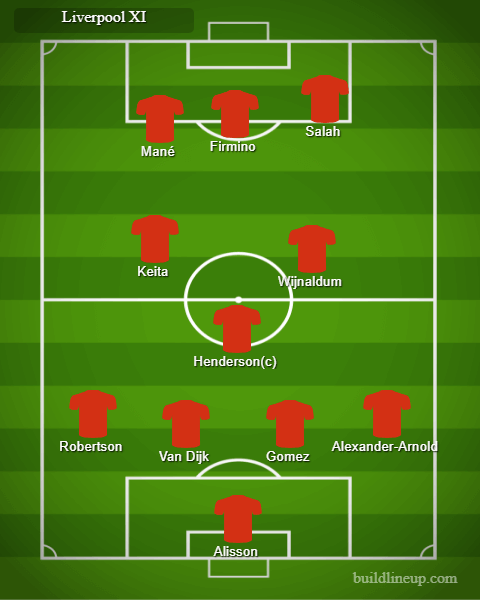 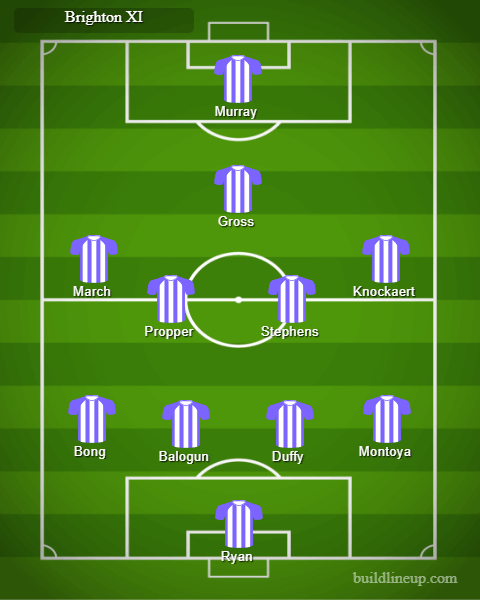 Liverpool enjoyed two comprehensive wins over Brighton last season. The Reds won 5-1 at the Amex Stadium when the sides met in December of last year and then Liverpool won 4-0 at Anfield in the final game of 2017/18 to confirm their place in this season’s Champions League. Liverpool’s goals that day in May came from Mohamed Salah, Dejan Lovren, Dominic Solanke and Andy Robertson.

Liverpool to win and another clean sheet – that’s the ideal, isn’t it? Well, that’s what I think we’ll get. While Mohamed Salah and Bobby Firmino have looked a little off the pace so far, Sadio Mané has been outstanding. With Xherdan Shaqiri and Daniel Sturridge also very strong options from the bench, The Reds should have too much for Brighton again on Saturday.