Like Liverpool, Spurs have made an impressive start to their Premier League season. They won their first three games, only tasting defeat against Watford in their last outing as The Hornets continued their 100% start. Spurs, most impressively, dismantled Manchester United in front of their own fans with Lucas Moura, in particular, looking like a different player than the one we saw last season. Moura has pounced on his opportunity at more game time in the absence of Son Heung-min. Spurs’ only ‘home’ game at Wembley so far, this season, was their 3-1 victory over Fulham.

Liverpool’s last defeat was on that fateful night in Kiev. Real Madrid and Gareth Bale brought an end to our dream of Champions League glory. The Reds’ have responded in the perfect manner at the start of this season, however. Four wins from their opening four games placed Jurgen Klopp’s men at the top of the Premier League table as they entered the international break. It was at this stage last season that Liverpool returned from the break for a very tough away tie to Manchester City. One Sadio Mané red card and a top-class footballing performance from Pep Guardiola’s men later, meant Liverpool were on the end of a 5-0 drubbing. The following month, Liverpool travelled to Wembley and, again, were well beaten by a very strong Spurs team, with Harry Kane, Dele Alli and Son Heung-min running riot in a 4-1 win.

However, it has been duly pointed out that ever since that miserable result in London last October, Liverpool’s defence has morphed into one of the top two in the league. This season, Alisson Becker has only picked the ball out of his net once, after his cockup at Leicester. To clarify, Liverpool’s defensive stats immediately improved after that Spurs defeat. They conceded just 8 goals in the following 13 league games, in the remainder of 2017. Then, of course, Virgil van Dijk arrived and the defence went from average to very, very good. That’s where we are at now. With Joe Gomez already impressing in the early stages of this season, Dejan Lovren may have a job on his hands to get his starting place back. But Saturday, without doubt, is going to be the toughest test this Gomez-Van Dijk partnership has encountered thus far.

Hugo Lloris and Moussa Sissoko are both out. Erik Lamela and Dele Alli have slight knocks but should be available for selection.

Mauricio Pochettino will most likely go with a 4231 shape as most sides struggle against Liverpool’s speedy attack and counter-attacking play when they have only three at the back. It will be interesting to see if Danny Rose is tasked with keeping Mo Salah quiet. Pochettino, as an alternative, could opt for the right-footed Kieran Trippier at left-back to deal with Salah, the inverted-winger/roaming striker.

I expect Lucas Moura to keep his place, even though Son Heung-min is back from international duty. Moura has been one of Spurs’ best performers, so far. Moussa Dembele and Eric Dier will most likely anchor the midfield for the North London team.

Dejan Lovren and Alex Oxlade-Chamberlain are unavailable. Adam Lallana is still recovering from the injury that led to his withdrawal from international duty last week.

Joe Gomez and Virgil van Dijk will continue at the centre of the defence with Joel Matip taking a place on the bench. The front three will consist of the usual suspects – Mo Salah, Roberto Firmino and Sadio Mané. In midfield, Klopp will have decisions to make, again. I would be very surprised if Klopp decides that this game is the right one for Fabinho to make his long-awaited debut, although, ironically, Liverpool could really do with his specialised DM-role protection in front of the back-four to thwart Christian Eriksen and Dele Alli. But, realistically, I expect Fabinho to be given his first Liverpool start at home to Southampton, or maybe at home to Chelsea in the League Cup, later this month.

Jordan Henderson had a poor afternoon against Leicester City in Liverpool’s last outing, struggling in his number 6 role. For this reason, my hope is that the midfield consists of the trio who took us through our first three games of the season. Gini Wijnaldum should sit at the base of the midfield with James Milner and Naby Keita providing the energy and running in front of him.

Alisson will start in goal while Trent Alexander-Arnold and Andy Robertson have pretty much made the full-back spots their own, and rightly so. 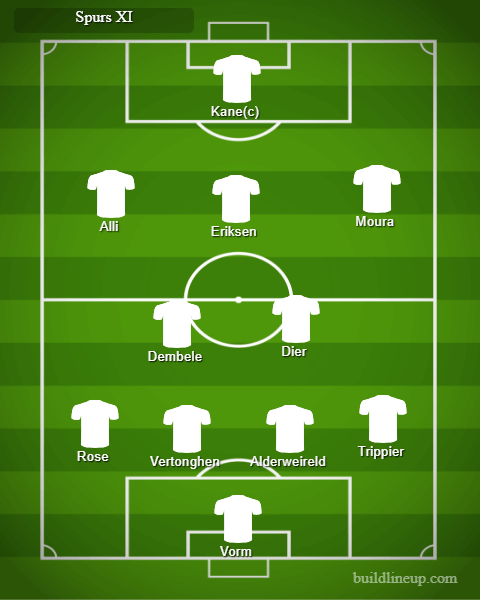 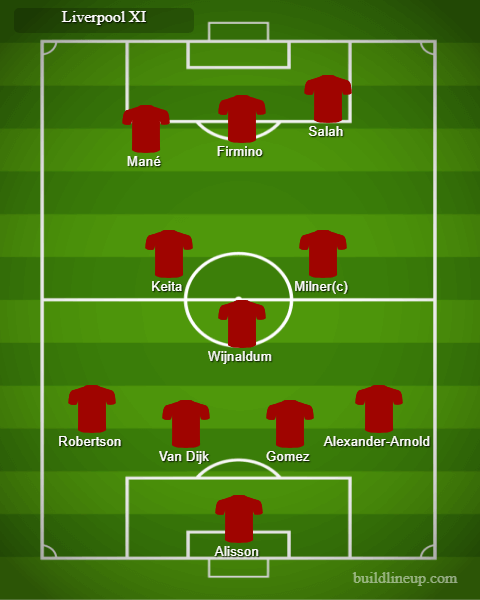 Liverpool’s trip to Wembley last season was a nightmare. Spurs won 4-1 with goals from Kane x2, Alli and Son. Mo Salah scored Liverpool’s lone reply, that day. Dejan Lovren had a terrible day, with Klopp deciding to replace with after 31 minutes of play.

When the sides met at Anfield, it was a cracker of a game back in January. Salah gave Liverpool an early lead but Victor Wanyama scored an absolute belter at the other end to make it 1-1 in the 80th minute. Harry Kane then missed a penalty in the 87th minute after a blatant dive from the England striker at the hands of Loris Karius. Salah then produced another moment of magic in the 91st minute and it looked like The Reds had picked up the three points. However, more suspect refereeing after some theatrics from Erik Lamela gave Harry Kane another chance from the spot. This time he scored and Liverpool had to settle for a 2-2 draw.

Last season’s hammering at Wembley really did leave a mark. Spurs, thanks to Pochettino, are not like the weak and frail team of bygone years. There is a toughness and a resilience there now that they badly needed. I am lacking confidence as we enter this game and I can only hope that I’m wrong with my prediction. There will be some titanic struggles on the pitch – Van Dijk vs Kane, Robertson vs Moura, and more. I don’t often predict a Liverpool defeat, but something tells me Spurs might just come out on top in what should be a very tight affair on Saturday.