We are all so sick of hearing how this Liverpool team is not playing great but still managing to get the results they need. A great sign, of course. But how fantastic would it be for Klopp’s men to just take the game by the scruff of the neck on Tuesday night and show the world that last season’s run to Kiev was no fluke?

Liverpool have now won their first five league games of the season. Saturday’s win at Wembley was against their toughest opposition yet and as you can see from the xG stats below they should have won by more than just the single goal.

There were some issues there for all to see, however. Poor decision-making up front from Mohamed Salah and Sadio Mané was the main concern. Salah seems to be worrying that he’s not hitting last season’s figures and trying too hard to score. This is, undoubtedly, only a temporary concern, though. The Reds’ front three will click into gear soon (though Mané already has!) and the results will get even better. Let’s hope Tuesday night is the start of that.

PSG, like The Reds, have started the season in great form. Five wins from five mirrors Liverpool’s league record, so far. PSG have bagged 17 goals and conceded four in those five games. This trip to Anfield certainly does present PSG’s first real test of the season, as you can see from their listed results in the table below.

The Paris side regularly enjoys complete dominance in Ligue 1 and this season looks like it will be more of the same. The downside to this, in recent years, has been their failure to seriously challenge the better sides in the Champions League due to the lack of competition they face in France, week in week out. Tuesday night at Anfield is certainly going to be a step up for PSG, this season – a step I think they may struggle with.

The Reds are without Dejan Lovren and Adam Lallana due to injury. Alex Oxlade-Chamberlain has not been included in Klopp’s Champions League because of his long-term injury which has him out for the season.

It’s getting close to the stage where Jurgen Klopp may begin to think of rotating the team a bit more, however, I expect to see much the same team up until Liverpool’s League Cup encounter with Chelsea, later this month. In five games so far, Klopp has only made one change – bringing in Jordan Henderson instead of Naby Keita for the win at Leicester at the start of September. The starting eleven was back to the same players who had started the first three games of the season for the win at Spurs on Saturday.

With James Milner running a colossal 12.9km at Wembley, he may well be rested for Tuesday night. That would be the only change I expect, with Jordan Henderson again being the man to come into midfield.

Alisson Becker will start in goal and the back four will be as it has been for the first five games. Henderson will step into midfield with Keita and Gini Wijnaldum ahead of him. Unfortunately, I can’t see Klopp playing Wijnaldum at the base of midfield with Henderson in the more advanced role – a pity, seeing as how brilliantly Wijnaldum has taken to the ‘6’ position in recent weeks.

Up front, it should be business as usual with Mo Salah, Bobby Firmino and Sadio Mané all starting. Firmino posted on social media on Saturday night that he was all good after picking up a nasty looking eye injury, tussling for the ball with Spurs’ Jan Vertonghen. Hopefully, he is recovered fully and leading the line for The Reds this Tuesday.

Gianluigi Buffon and Marco Verratti are both suspended for this game. Thomas Tuchel currently has concerns in both fullback positions, with Dani Alves and Layvin Kurzawa missing out through injury.

The French champions will most likely have Thomas Meunier and Juan Bernat in at right-back and left-back, respectively. Antoine Bernede is expected to take Marco Verratti’s place in midfield, alongside Lassana Diarra and reported Liverpool target, Adrien Rabiot.

Tuchel rested both Kylian Mbappe and Neymar for their 4-0 win over St Etienne on Friday night. They will start up at Anfield, flanking Edison Cavani in attack. On the bench, PSG will still have the likes of Julian Draxler and Angel Di Maria to call on, too. 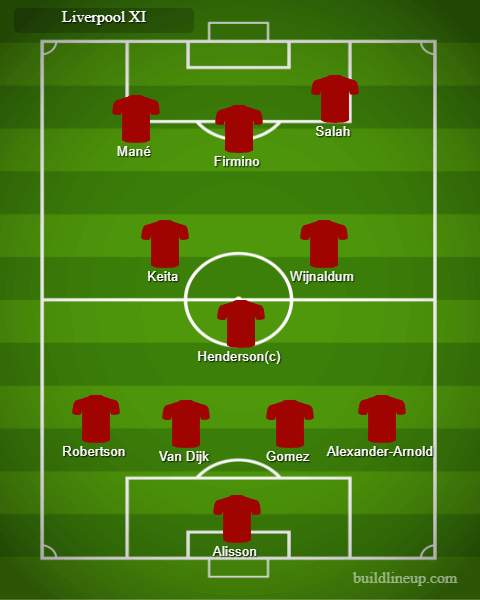 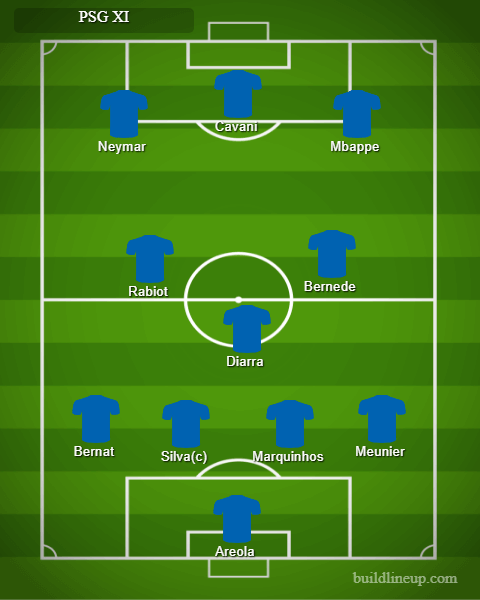 The two sides have only met twice before in competitive football. This was for the two legs of the European Cup Winners’ Cup semi-final of the 1996/97 season. Liverpool won the first-leg 2-0 at Anfield with Robbie Fowler and Mark Wright scoring the goals. PSG won the return game 3-0, however. Advancing to the final where they eventually lost out to Barcelona.

This game is a very tough one to call. Yet, I do think Liverpool are currently a stronger overall outfit than PSG. The French team certainly have superstars in their ranks – just look at their front three. But, also, just look at Liverpool’s whole team. The Reds are a more solid unit now and if our two young fullbacks can nullify the threat of Neymar and Mbappe then most of the supply to Cavani will be stemmed. Besides the Champions League final in Kiev last May, this is certainly going to be one of the toughest nights in the young careers of both Trent Alexander-Arnold and Andy Robertson. However, you can be sure they will be psyched for the task ahead. Joe Gomez is also a very young centre-back and he will need all the help he can get from the gargantuan Virgil van Dijk beside him. I think this team is on the way to some very, very good times, though. Tuesday night is just another stop on the journey. Liverpool to win and Firmino to score one, at least.