The Reds go marching on, it seems. Seven wins on the bounce to start this season. Jurgen Klopp’s Mighty Reds are yet to even step up their game and these are the results they are giving us. It has been a fantastic start for anyone supporting Liverpool and long may it continue. However, these next couple of weeks certainly do present the toughest challenges yet for Klopp and co. Two games in a row with Chelsea, then Liverpool travel to Napoli in the Champions League before playing Manchester City at Anfield. The big games are coming thick and fast now for Liverpool and we wouldn’t have it any other way!

Chelsea drew 0-0 at West Ham, on Sunday. The game was a pretty tight encounter with both sides having few opportunities to take all three points. Before that, Maurizio Sarri’s men had won six games on the run, five in the league and one in the Europa League.

Sarri has this Chelsea side playing some good football from the midfield while building on a stable defensive setup. As you can see from the table below, Chelsea have only conceded two goals in their last five games.

Virgil van Dijk will be rested for Liverpool after picking up a bruised rib injury against PSG which was playing up again on Saturday in the home win over Southampton. Joe Gomez replaced Van Dijk as a precaution and there will be no sensible reason to risk Van Dijk in this League Cup encounter with a pivotal couple of weeks ahead in Liverpool’s schedule.

Divock Origi, Adam Lallana, and Dejan Lovren are also out but should be available for selection again in the next week or so. Of course, Alex Oxlade-Chamberlain is not expected back until close to the end of the season.

Klopp has some big calls to make on Wednesday night. I hope Xherdan Shaqiri gets a run after impressing so much in the first half, on Saturday. It’s hard to know what the rest of the starting eleven will be but I would guess that Simon Mignolet, Nathaniel Clyne, Alberto Moreno, Fabinho, and Dominic Solanke may well all get a place in the first eleven.

Chelsea are most likely going to be without Antonio Rudiger and Pedro who both have slight knocks but should be available again for Saturday’s league encounter. The Blues’ Dutch midfielder, Marco van Ginkel, is still recovering from his long-term ACL knee injury.

Sarri will, no doubt, rotate his starting lineup as much as Klopp should. Chelsea also boast a squad with good strength-in-depth. It’s in competitions like the Carabao Cup where the big teams use the opportunity to rest the most important first-team members such as Eden Hazard.

I would expect Willy Caballero to get a start in goal with Gary Cahill taking the captain’s armband at centre-back. Ruben Loftus-Cheek may get a game in midfield as Sarri will most likely rest two of his favoured midfield trio – Jorginho and Mateo Kovacic. Up front, Willian will most likely get some game time alongside Alvaro Morata and there might be a rare opportunity for Lucas Piazon to impress at Anfield, too. 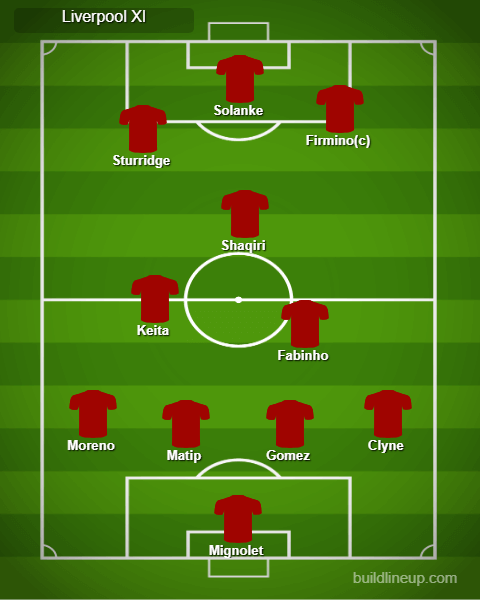 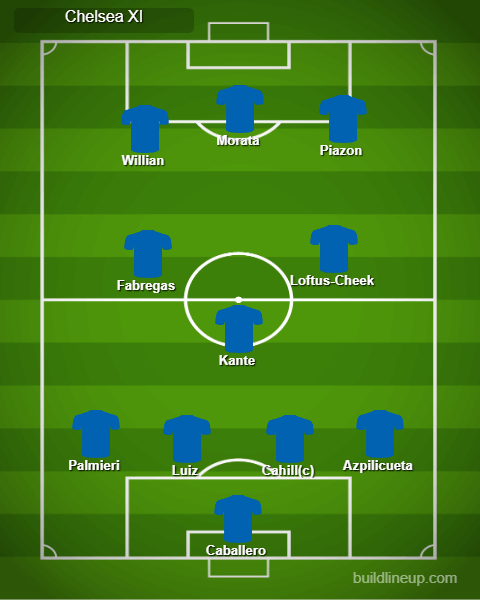 Chelsea beat Liverpool 1-0 at Stamford Bridge near the end of last season, thanks to a first-half goal from Olivier Giroud. At Anfield, last season, the teams played out an entertaining 1-1 draw. Mo Salah gave Liverpool the lead before an extremely fortunate Willian cross looped over Simon Mignolet to equalise for Chelsea near the end.

The last time the sides met in the League Cup was at the semi-final stages of the 2014/15 season. Chelsea won 2-1 on aggregate after a 1-1 draw at Anfield, followed by a 1-0 home win, after extra time.

Worryingly for Liverpool, they have not beaten Chelsea in their last 7 meetings at Anfield in all competitions (5 draws, 2 losses). The last 4 games between the two, on Merseyside, have all ended 1-1. The Reds’ last home win against Chelsea was in May 2012, winning 4-1, with an own goal from Michael Essien, plus strikes from Jordan Henderson, Daniel Agger, and Jonjo Shelvey!

This is a very tough game to call as the predicted lineups is a bit of a lucky dip! I think home advantage may just sway it in favour of The Reds. Shaqiri might be the difference as he will still be raring to go after being taken off at half-time against Southampton. Hopefully, a victory for Liverpool and, most importantly, an injury-free night for the team.