Chelsea, along with Manchester City, have been the closest league competitors to Liverpool, so far this season. The Blues have made the best start they could have imagined under new boss, Maurizio Sarri. Disregarding Wednesday night’s game, due to the heavy rotation involved on both teams, Chelsea had already been very tough to stop with Jorginho and Mateo Kovacic settling in well while Eden Hazard has looked more like his old self, too. Their League Cup victory at Anfield showed us all just how serious they are to be taken. Sarri and his team know that Saturday evening’s meeting at Stamford Bridge is the perfect opportunity for them to announce themselves as serious title contenders.

Prior to Anfield’s League Cup exit on Wednesday night, Liverpool had been simply been unstoppable. Tricky wins at Palace and Leicester, along with impressive victories away to Spurs and home to PSG, have shown just how far this team has come in the (almost) three years since Jurgen Klopp took the reins, at Anfield.

Make no mistake, Wednesday night’s defeat will have left a bad taste for these Redmen and they will be looking to right that wrong on Saturday.

Chelsea do not currently have many injury concerns. Antonio Rudiger, Emerson, and Pedro are all carrying slight knocks but none are expected to be out of Saturday’s game.

Like Liverpool, Chelsea will have many players fresh and ready to go for Saturday after being rested for the League Cup encounter on Wednesday night. Sarri will most likely stick with his favoured 433 shape with Jorginho, N’Golo Kanté and Kovacic in midfield. I think Sarri will choose Olivier Giroud to lead the line for this game with Eden Hazard and Pedro providing the pace on either side of him.

In defence, Sarri needs to choose between Rudiger, Gary Cahill, Andreas Christensen, and David Luiz in the centre. Cesar Azplicueta and Marcos Alonso should take their spots in the fullback roles.

Liverpool should be back to full strength for Saturday’s game. The back four in front of Alisson should remain the same. I expect Dejan Lovren has a tough task at hand to force his way back into Klopp’s first team due to the start Joe Gomez has made to the season. Gini Wijnaldum should hold his place at the base of midfield with James Milner and Naby Keita just ahead of him. Up front, it will be the trio of Mohamed Salah, Roberto Firmino and Sadio Mané.

Alex Oxlade-Chamberlain remains sidelined through injury and his aim is to return before the end of the season. Divock Origi and Adam Lallana are both facing late fitness tests to see if they will be available for selection, too. 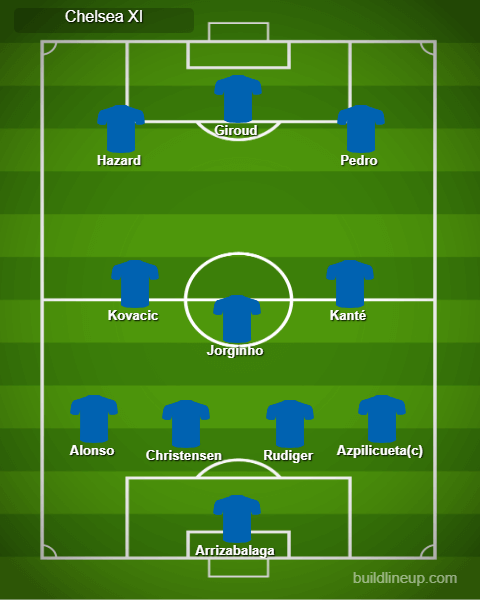 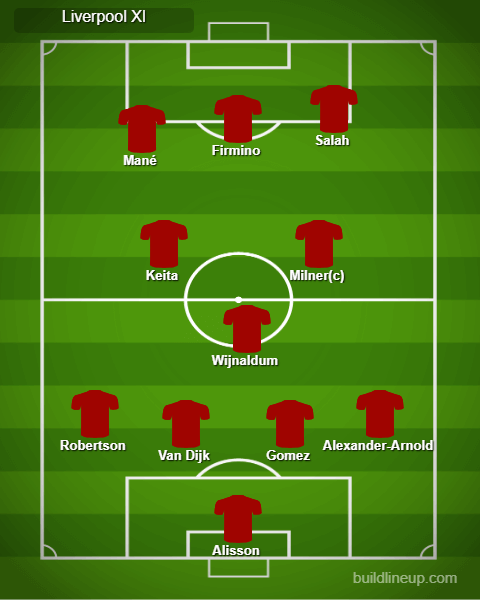 On Wednesday night, the two sides met in the Carabao Cup with Chelsea winning 2-1, at Anfield. Daniel Sturridge gave Liverpool the lead in the second half but Chelsea left-back, Emerson, equalised before a wonder-goal from Eden Hazard won it for The Blues with five minutes to play.

The last time the sides met in London, Olivier Giroud scored the only goal of the game. Chelsea took all three points back in May in the end of season fixture. The previous season, Liverpool won 2-1 at Chelsea. Dejan Lovren and Jordan Henderson were the scorers, that day. Liverpool went two up in the first half before Diego Costa pulled one back after the break.

I think Liverpool’s first-choice starting eleven will have too much for Chelsea, this weekend. Alonso will be restricted in his attacking wing-back role due to the defensive duties posed to him by Salah on the right. Firmino and Milner will, no doubt, press hard on Chelsea’s midfield metronome, Jorginho, and that could be the key to Liverpool getting the result they want at ‘The Bridge’. However, Hazard needs to be contained. Klopp has some thinking to do about how that is to be achieved. I think The Reds will do enough to take all three points on Saturday. 2-1 to Liverpool.