Napoli lost Maurizio Sarri to Chelsea, during the summer. Sarri then also took their fantastic midfield-metronome, Jorginho, to Stamford Bridge with him. Carlo Ancelotti came in and, although he has made a relatively positive start, they are already behind the standards they set, last season. An early-season defeat at Sampdoria left them trailing Juventus early on. Then Juventus beat them 3-1 on Saturday evening to attain an early six-point lead at the top of Serie A.

In the Champions League, Napoli drew their first game, 0-0, in Belgrade. They know that they must take all three points on Wednesday night to get back in the running to progress from this extremely tough group.

Liverpool played Chelsea in their two most recent fixtures. The Blues knocked Liverpool out of the Carabao Cup with a 2-1 win, at Anfield, last Wednesday night. Then the sides played out a cracking 1-1 draw, at Stamford Bridge, in the league, on Saturday.

Liverpool started their Champions League group off with a fantastic 3-2 home win over Paris Saint Germain. This trip to Napoli will not be easy for The Reds but another three points would set Jurgen Klopp’s men up nicely at the top of the group. If Liverpool can guarantee any kind of early qualification for the knockout stages later in the season, then there will be further room for Klopp to rotate the squad later in the group. In turn, this would benefit Liverpool’s Premier League title challenge, greatly.

Napoli’s two main injury concerns are in defence with Vlad Chiriches and Faouzi Ghoulam both expected to miss this game. Ancelotti has generally set his team up in a 433 shape, similar to how Napoli lined out under Maurizio Sarri, for the last few years.

Mario Rui will continue at left-back in the absence of Ghoulam while Dries Mertens should start up front in place of Polish striker, Arkadiusz Milik. David Ospina will be in goals for Napoli after former Reds’ goalkeeper, Pepe Reina, left Napoli to join the AC Milan squad in the summer.

From Liverpool’s registered Champions League squad, Adam Lallana and Divock Origi are unavailable for selection, due to injury. Jurgen Klopp may well dabble in some slight rotation, again, but I think it will be as full-strength as possible with just under four days remaining between this trip to Naples and Manchester City’s visit to Anfield.

I think James Milner may be saved for the Manchester City clash with Naby Keita replacing him in midfield. Jordan Henderson and Gini Wijnaldum will probably make up the rest of the midfield. The goalkeeper, back-four, and front three will be full-strength. There is the possibility that Virgil van Dijk is rested after just about passing a fitness test for the Chelsea game, on Saturday.

Daniel Sturridge’s wonder-strike against Chelsea showed us just what he can offer from the bench, this season. It is possible that Sturridge is given a starting place in Napoli. After all, he has scored in our last two games and also scored our first Champions League goal of the season, at home to PSG. I think he’ll be on the bench but will definitely get some minutes, in Italy. 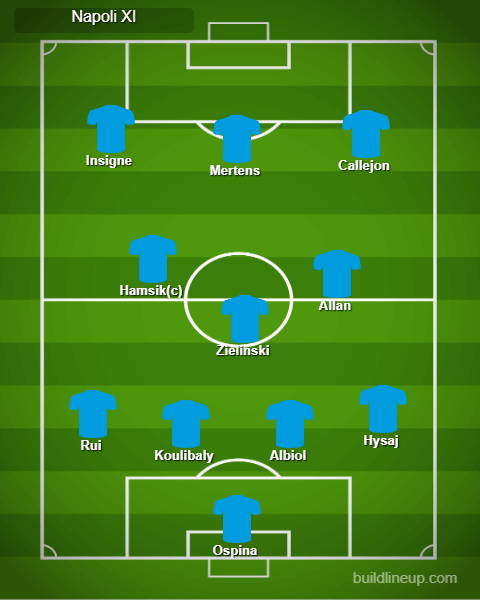 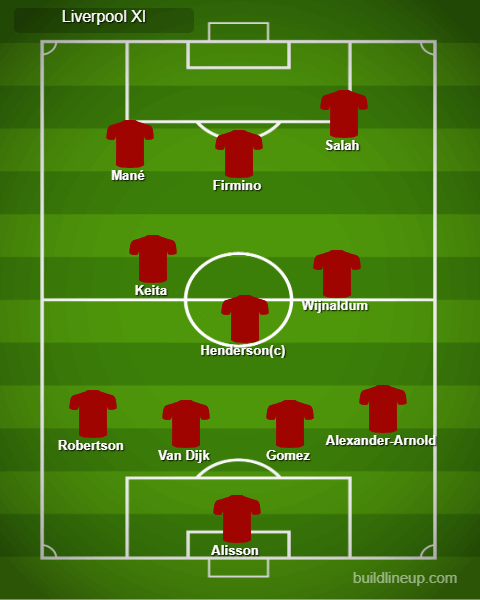 Liverpool beat Napoli 5-0 in an impressive showing during a friendly fixture in Dublin just two months ago. However, there is a lot more at stake on Wednesday night and we all know how you can’t read too much into pre-season results. The last time the two sides met in European competition, it was the 2010/11 Europa League group stage. Liverpool beat Napoli 3-1, at Anfield. Ezequiel Lavezzi gave Napoli a half-time lead before Steven Gerrard, on as a half-time substitute, scored a hat-trick in the final 15 minutes of the game. The fixture in Naples ended in a 0-0 draw, that season.

Napoli are still adjusting to life under Carlo Ancelotti and, although still a very good and entertaining outfit, look to be at a slightly lower standard than they were, last season. Klopp is making this Liverpool side very tough to beat and Napoli may struggle to contain the Reds’ attacking play, on Wednesday night. A draw would be a satisfactory result for Liverpool, however, I think they will do enough to take all three points.