Liverpool’s form has taken a definite hit over the last week or so. Yet, the most important fixture, in my view, was when Jurgen Klopp’s men attained the most positive result of the last week – with Daniel Sturridge bagging a late equaliser at Stamford Bridge to maintain The Reds’ unbeaten league record.

On Wednesday night, Liverpool put in a poor, sluggish performance in Italy. They did restrict Napoli’s xG to a very low rate in the first half, however, the home team then took far more control after the break and, as you can see from the xG stats below, went on to grab a well-deserved win.

Now, Klopp and his team face the task of bouncing back from this disappointment against one of the best ever Premier League teams, on Sunday.

Despite a surprise home loss to Lyon in their opening Champions League game, Manchester City have continued on the same fantastic form they displayed for the bulk of last season. Four straight wins since that Lyon defeat also shows their ability to bounce back impressively after taking a knock, too. However, Sunday’s trip to Anfield is without doubt City’s biggest test of the season, so far.

Jurgen Klopp has some big decisions to make over the next few days. Liverpool’s front trio is not currently firing on all cylinders, failing to register a single shot on target in Napoli, on Wednesday night. There have been calls for Klopp to mix things up with the introduction of Daniel Sturridge and Xherdan Shaqiri into the starting eleven. This is a possibility but for Sunday, I expect Klopp to stick with the same front three, to start.

In midfield, Naby Keita is rumoured to be okay after initially looking in some pain when he left the pitch in Naples, during the week. However, I would be surprised if he is risked from the start, at Anfield, this weekend. This means Liverpool’s midfield will most likely consist of Jordan Henderson, Gini Wijnaldum, and James Milner. This midfield possesses plenty of energy and guile but seriously lacks in creativity. This could be the area of the pitch where Liverpool possibly lose the game.

At the back, Alisson is in fine form between the sticks while the back-four should be the same again. Trent Alexander-Arnold and Andy Robertson both put in uncharacteristically poor performances in the Champions League, on Wednesday, and will need to sort their heads out right from the start to prevent City’s attack running riot.

Adam Lallana is still a doubt so he may not make the squad. Alex Oxlade-Chamberlain is, of course, out for the rest of the season. Dejan Lovren is available for selection and will be itching to get his starting spot back from young Joe Gomez.

I expect Gundogan to get the nod in midfield, alongside Fernandinho and David Silva. Raheem Sterling and Leroy Sané will most likely flank Sergio Aguero, on either side.

At the back, Ederson will be in goal and the back four should consist of Kyle Walker, Vincent Kompany, John Stones, and, possibly, Aymeric Laporte at left-back. 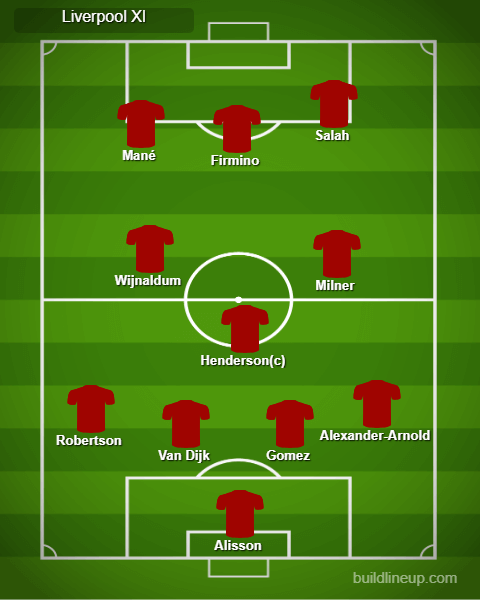 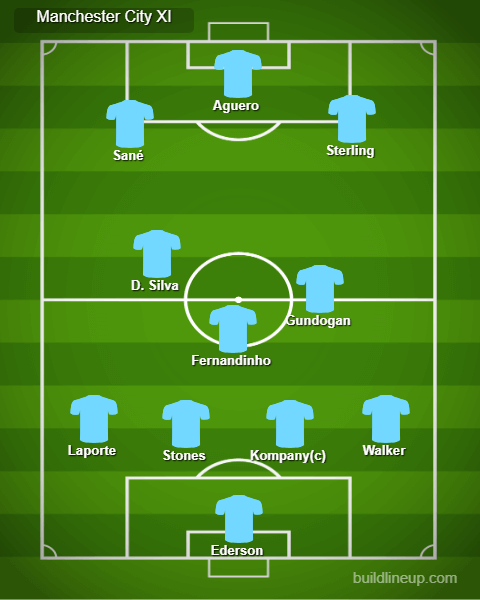 Mohamed Salah and Sadio Mané both got on the scoresheet in the two Anfield victories, last season. The goals have been harder to come by in recent games, however. Liverpool need to hit the ground running against City and the first goal could be absolutely vital, on Sunday. I think we’ll see a much-improved performance from what we saw on Wednesday, at Napoli. The Reds simply have to be better and the Premier League must be our number one target, for this season. Anfield should be bouncing for this game. I expect plenty of goals and Liverpool to have too much for City, just about.