David Wagner’s Huddersfield team are still looking for their first win of the season. Three draws and five defeats make up their opening eight league games while they also exited the Carabao Cup thanks to a 2-0 loss at Championship side, Stoke City.

The Terriers drew at home to Cardiff in their first home game but since then have lost at home to Crystal Palace and Spurs. This is not an easy time for Wagner. His misery may well be compounded this weekend by his best friend, Jurgen Klopp, via another home defeat.

Most recently, Huddersfield fought hard for a respectable 1-1 draw, at Burnley. As you can see from the xG stats below, they were actually the stronger team on the day and with a little more luck, could have taken all three points.

The last three weeks have been very tough for Klopp’s Reds. Two games with Chelsea, followed by a trip to Naples and a home fixture with Pep Guardiola’s Manchester City seen Liverpool lose two and draw two. Arguably, the two games Liverpool lost were the least significant in the grand scheme of things. No one is too upset that The Reds are out of the League Cup – sure, winning that trophy or even a good run in that tournament would have been great for the fringe players but if we were given the choice of which games to lose before that four-game run, the Chelsea game in the League Cup would have been the first pick for all of us – and an away defeat to Napoli in the Champions League can at least be remedied when the Italian side visit Anfield later in the season. Also, Liverpool have two games with Red Star Belgrade coming up next in Europe so it’s the perfect opportunity to put the Napoli defeat behind them.

Daniel Sturridge’s fantastic late equaliser at Stamford Bridge, along with Riyad Mahrez’s penalty miss at Anfield, have kept Liverpool’s unbeaten league record alive. Now, the important thing is for Liverpool to not make those two results count for nothing by failing to beat the weaker teams in the league. City don’t drop many points, as we seen from their record haul, last season. Chelsea have been displaying scintillating form under Sarri, so far. While it’s too early to say Liverpool have to get back to winning ways, Saturday’s game is one where a draw just is not good enough anymore.

For their home defeat against Spurs, Wagner set his team up in a 3511 shape. However, it is hard to imagine him employing the same formation when dealing with the wide attacking options Liverpool have. Their last game at Burnley saw the team use a 4231 shape and this is most likely what Wagner will use for Saturday evening’s game.

Schindler and Mathias Jorgensen (Zanka) will be the central-defensive partnership with Erik Durm at right-back. If passed fit, Chris Lowe will remain at left-back.

Wagner really does have some serious injury-list problems, at the moment, and he will be hoping his midfield is not weakened due to the possible absence of Philip Billing and Aaron Mooy. Billing should sit at the base of the midfield alongside Jonathan Hogg while Mooy will be tasked with creating opportunities going forward with Alex Pritchard and Rajiv Van La Parra. Laurent Depoitre will lead the line in attack.

After another dreaded international break, it’s looking like Klopp is going to be forced into some changes to his starting midfield and attack.

Naby Keita, Mohamed Salah, and Sadio Mané all picked up injuries while representing their respective countries, in recent days.

Keita’s hamstring injury almost certainly rules him out of contention for Saturday and further fitness tests will determine just how long he is set to miss for The Reds.

Sadio Mané suffered a broken thumb in his game but is expected to be available to play against Huddersfield.

Salah’s injury is reported to be a strain to his hamstring, rather than a torn hamstring. This is good news for Liverpool but I would not be surprised if he is on the bench at Huddersfield due to the fact it is a muscle injury.

Virgil van Dijk returned to Melwood early, too. However, it was a prearranged agreement between LFC and the Dutch medical staff that he would only play their first fixture, against Germany, and then return to Liverpool. Van Dijk is fit to start on Saturday evening.

Unfortunately, Klopp is definitely without James Milner who picked up a hamstring injury against City after playing almost all of Liverpool’s opening 11 fixtures of the season.

Adam Lallana should have overcome his groin strain in time to be available for selection while Alex Oxlade-Chamberlain is out until next summer. 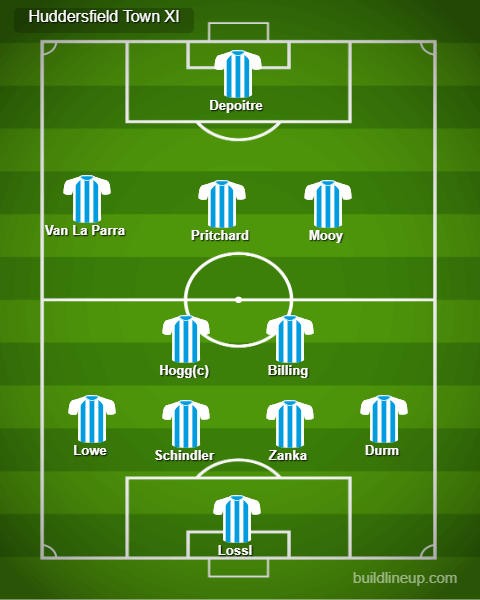 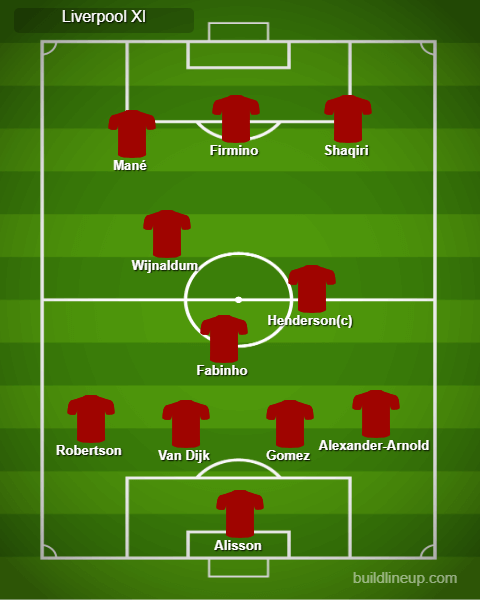 Liverpool won both of last season’s meetings with Huddersfield by a 3-0 scoreline. The scorers at John Smith’s Stadium back in January were Emre Can, Roberto Firmino and Mohamed Salah (penalty).

Liverpool’s style is not so much heavy-metal football anymore as Klopp has to juggle the demands of a title challenge as well as progression in the Champions League. Squad depth has improved and it is certainly going to be called upon, this Saturday. Liverpool’s defensive improvements have been what this season’s progression has been based on, so far. I expect a tight game on Saturday with Liverpool’s strength at the back once again pivotal to another three points gained.