Liverpool have managed to keep the pace with Manchester City at the top of the Premier League, so far this season. A hard-fought win at Huddersfield Town on Saturday evening brought a four-game winless run to an end and The Reds now head into what is, theoretically, an ‘easier’ run of fixtures.

If Liverpool can take six points from FK Crvena zvezda in their next two Champions League games then Jurgen Klopp’s men will be in a great position for qualification for the knockout stages of the tournament as Napoli still have to visit Anfield, too.

FK Crvena zvezda, or Red Star Belgrade as some of you may know them, are the current Serbian champions and normally have things very much their own way in their home country. Red Star’s 6-1 defeat to PSG in their last Champions League game was their first loss since last March (and even that was a Serbian Cup quarter-final defeat after extra-time!). They lost only one league game in the whole of last season and have won 11 and drawn one of their opening 12 games, this season.

Jordan Henderson, Naby Keita, and Sadio Mané are all doubts due to injury. Alex Oxlade-Chamberlain is continuing his long road back but is not expected to be available before the end of the season.

Klopp is likely to use this game to rotate the starting eleven again. Adam Lallana is unlikely to start a second game in four days as he is just back from injury but he will probably get some more game time off of the bench. Andy Robertson’s form has dipped in recent weeks and Wednesday night may just be the ideal opportunity for the young Scottish captain to be rested with Alberto Moreno taking his place.

I think Fabinho will get a rare start after looking quite comfortable in his substitute appearance at Huddersfield, on Saturday. Trent Alexander-Arnold should return at right-back with Joe Gomez rested and Dejan Lovren keeping his place in the centre beside Virgil van Dijk.

James Milner will surely be rested so Gini Wijnaldum and Xherdan Shaqiri will most likely be in midfield with Fabinho.

Up front, I expect Mohamed Salah, Daniel Sturridge and Roberto Firmino to start with Sadio Mané’s broken thumb given some further time to heal fully.

Red Star Belgrade have been set up in a 4231 shape for most of this season. That was how they played it from the start in their 6-1 defeat in Paris and most recently for their 3-1 league victory Rad Beograd.

The only name on the FK Crvena zvezda team which may sound familiar to many of you is German attacking-midfielder, Marko Marin, who has spent time with Chelsea, Sevilla, Werder Bremen, and Fiorentina, among others. 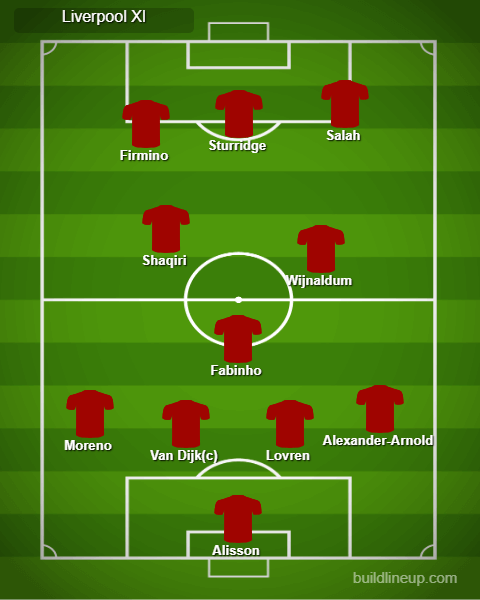 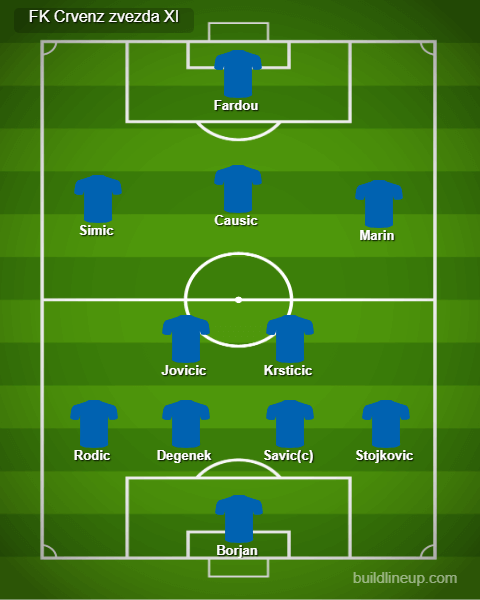 Liverpool have come up against Red Star Belgrade in the European Cup one season, previously. Bill Shankly’s Reds were knocked out of the 1973/74 competition after losing 4-2 on aggregate (a 2-1 defeat in each leg) to the Serbians. Those were the only two games in which these sides have met.

Last season, it would have been normal to predict the attacking juggernaut that was Liverpool FC to win a fixture like this by four, five, or even more. The Reds’ positive showings so far this season, however, have been underpinned by a very solid defensive setup. Klopp will probably use the opportunity to rotate his starting eleven but Liverpool should still have more than enough to take all three points against the Serbian side.

All xG stats courtest of Understat.com and/or FiveThirtyEight.com