Liverpool have won their last two games and not conceded a goal since the defeat in Naples at the start of the month. Despite the trip to Arsenal, The Reds’ next batch of fixtures look very winnable compared to the mammoth task they faced in the first couple of months, this season.

With more of the new signings now beginning to settle and look more at home in the side, Jurgen Klopp can risk further rotation as the fixtures come thick and fast between now and January.

As you can see from the table below, Liverpool’s xG stats are not quite as dominant as they were for most of last season. It’s just further confirmation of a solid defence underpinning the positive results, so far, this campaign. Wednesday night’s Champions League win was more like a performance from last season but that was always going to be the case against the weakest team in Liverpool’s group. It will be interesting to see if Klopp instructs his men to continue in the same vein, on Saturday. If they do, then Cardiff could well be steamrolled.

Neil Warnock’s newly-promoted side are struggling to adjust to the step up, so far. With just one win in their opening 9 league games, The Bluebirds are currently in 17th-position in the league.

However, they did turn over fellow promotion-buddies, Fulham, with a 4-2 victory, last Saturday. Whether that result serves as a springboard to an upturn in form for Warnock’s side, remains to be seen. They could have certainly done with an easier fixture than a trip to Anfield in the search for a second win in a row.

Liverpool’s Alex Oxlade-Chamberlain is on the long-term injury list and will be lucky to see any action before the end of this season. Jordan Henderson and Naby Keita are both still carrying knocks with Keita the most likely to be available for selection, on Saturday.

Klopp is sure to rotate some players, on Saturday. My guess is that Joe Gomez could be rested with Trent Alexander-Arnold keeping his place at right-back while Dejan Lovren replaces Gomez in the centre, beside Virgil van Dijk. I was hoping Andy Robertson would be given a game off for the visit of Red Star Belgrade but that wasn’t the case. I can’t see him being rested for a Premier League game so he should be in at left-back.

Fabinho really impressed against Red Star and I’m hoping he keeps his place at the base of the midfield. James Milner will probably get his starting place back with Xherdan Shaqiri at the attacking-tip of the midfield trio.

Up front, it should be business as usual for Mohamed Salah, Roberto Firmino, and Sadio Mané. All three were on the scoresheet in the Champions League, midweek. Now is the perfect opportunity to show the rest of the league that they’ve clicked back into gear.

Cardiff will be without former Liverpool defender (though he never made an appearance for The Reds), Lee Peltier.

Midfielders, Danny Ward, Nathaniel Mendez-Laing, Aron Gunnarsson, are all expected to miss Saturday’s game, too. Joe Ralls is suspended for the trip to Merseyside.

Striker, Gary Madine, has a slight knock but he should be fit for selection.

Callum Peterson will most likely lead the line for Cardiff, as the lone striker. Bobby Reid played just off of Peterson for the Fulham game and both players got on the scoresheet. However, Reid will most likely be sacrificed for an extra defensive midfielder, on Saturday. Liverpool need to be wary if Reid does make an appearance off the bench, however. 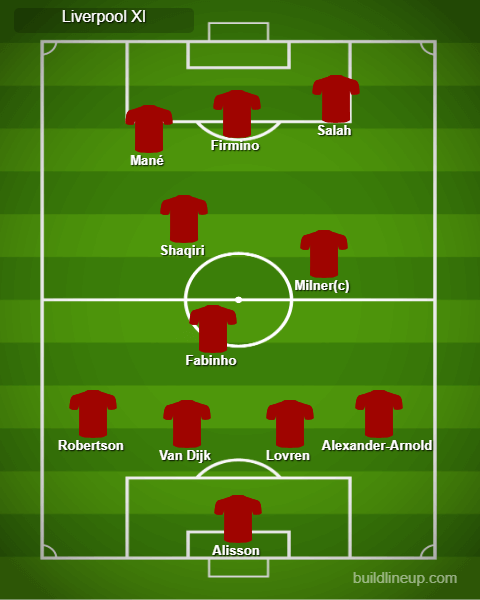 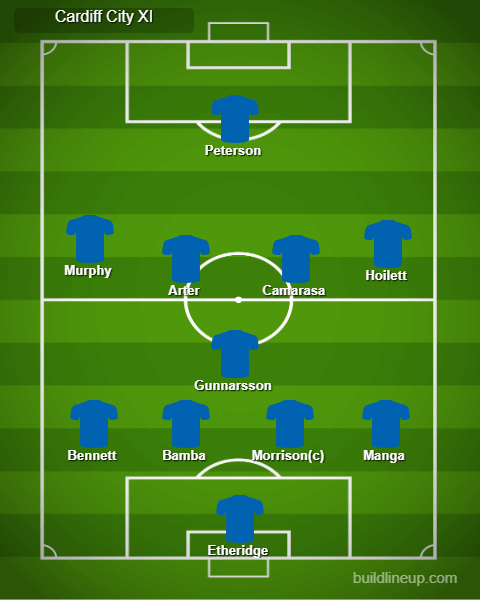 Liverpool did the league double over Cardiff City when they were last in the Premier League during the 2013/14 season. The Reds won 3-1 at Anfield and 6-3, in Cardiff! Luis Suarez bagged a hat-trick in Wales and managed five goals against them over the two games.

Liverpool turned in a patient and dominant performance in the Champions League, on Wednesday night. Klopp’s team now has the opportunity to step it up a gear against Cardiff, on Saturday. With all three frontmen scoring against Red Star Belgrade, Cardiff could be arriving at Anfield at the real wrong time.