Before last Sunday’s 2-2 draw at Crystal Palace, Arsenal had won 11 games straight in all competitions. A tough start to the season, facing Manchester City and Chelsea in their opening two league games, left The Gunners with two defeats but they then turned their form around, and how.

Yet, the argument is that Arsenal lost their only two games against ‘Big Six’ opposition, City and Chelsea. The 11-game win streak was a fantastic achievement but was more about showing consistency against teams they would have been expected to beat anyway.

Looking at the xG stats also highlights that Arsenal had quite a bit of luck on their side, too. The Fulham result, as seen below, is quite incredible. The newly-promoted side actually had the best of the chances but Arsenal’s front men were putting away opportunities with a low xG expectancy or rating.

Also, the draw at Crystal Palace was a game that Arsenal really were fortunate to get a point from.

This is not saying that Unai Emery is not doing a great job there, so far. As the saying goes, you can only beat who’s in front of you. Well, Saturday is Emery and Arsenal’s first real test since losing to Chelsea back in August.

Liverpool seem to have clicked back into gear in recent weeks with a hard-fought win at Huddersfield Town followed by two convincing victories over FK Crvena zvezda and Cardiff City, both at Anfield.

The Reds’ 26 points from a possible 30 in the league is a phenomenal return from their first 10 games but it has just been enough to keep level on points with Manchester City and in second-place on goal difference.

Unai Emery has the following injury concerns this week. Hector Bellerin currently has a thigh injury and will face a late fitness test, however, he is considered to be a major doubt to be fit to start. Mohamed Elneny, Konstantinos Mavropanos and Laurent Koscielny are all unavailable. There will also be late fitness tests for Nacho Monreal and Sead Kolasinac with Monreal expected to make it back in time for selection. This is good news for Emery as he can bring the Spanish full-back in to deal with Mohamed Salah, rather than handing that task to an out-of-position Granit Xhaka.

Bernd Leno seems to have taken over from Petr Cech as Arsenal’s first-choice goalkeeper and will most likely keep that spot for Saturday’s game. Veteran full-back, Stephan Lichsteiner, is the obvious replacement for Hector Bellerin at right-back.

Lucas Torreira and Granit Xhaka normally sit at the base of Arsenal’s midfield in Emery’s 4231 setup. Mesut Ozil will keep the captain’s armband in the playmaker role and I expect Henrikh Mkhitaryan and Alex Iwobi to flank Ozil on either side. Matteo Guendouzi is suspended for Saturday’s match after getting sent off in the Carabao Cup victory over Blackpool on Wednesday night.

Alexandre Lacazette is expected to lead the line as the lone striker for The Gunners.

Jurgen Klopp has a relatively small injury-list at the moment. Jordan Henderson still has a tight hamstring and is a major doubt for this weekend. Naby Keita, also hamstring, will face a late fitness test and might just make the bench at the Emirates. Alex Oxlade-Chamberlain is, of course, out for the rest of this season.

It will be interesting to see the starting eleven Klopp selects. James Milner has been on the bench for the last two games but his grit and discipline might be favoured by Klopp when dealing with a fluid midfield such as Arsenal’s. I think Fabinho will hold onto his starting place along with Milner in midfield while Gini Wijnaldum will most likely be the third man in the centre for Klopp’s team.

Up front, it will be business as usual with Mohamed Salah, Roberto Firmino and Sadio Mané ready to take on the Arsenal defence.

In defence, Trent Alexander-Arnold will be hoping to put recent social media rumours behind him with a solid performance at right-back while Joe Gomez should return in the centre beside Virgil van Dijk. Andy Robertson will also be back at left-back and Alisson will keep his place between the sticks. 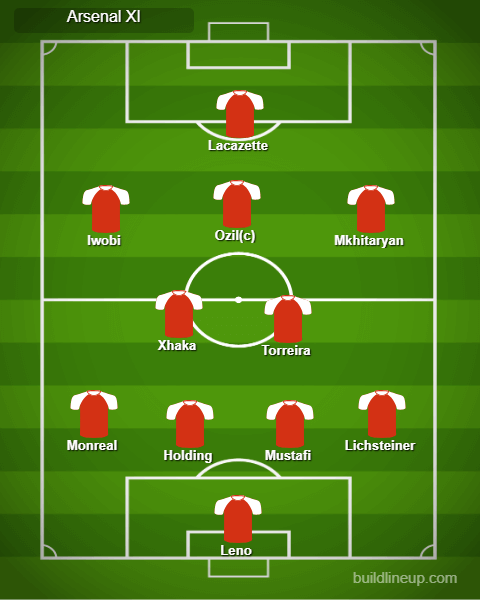 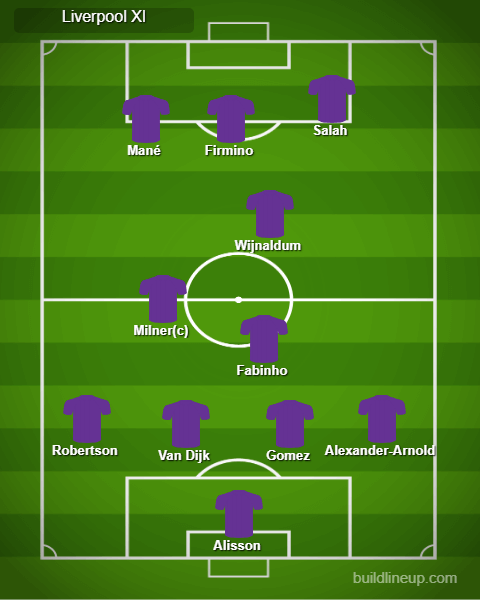 The Gunners haven’t beaten Liverpool, home or away, since April 2015. That game was a convincing 4-1 win for Arsenal at the Emirates Stadium as Liverpool struggled during the final stretch of Brendan Rodgers’ era.

The sides have met six times since with Liverpool winning 3 and the other 3 games ending in draws. One of those draws was the entertaining 3-3 between the sides in Arsenal last December. Liverpool beat The Gunners 4-0 when they met at Anfield over a year ago.

Arsenal have been in fantastic form, remaining undefeated since losing at Chelsea back in August. However, I feel there is a vulnerability there that Liverpool can exploit. Studying the xG ratings from many of Arsenal’s games, it’s clear many of those wins were closer than first appeared. Now, by no means do I think Liverpool will win easily on Saturday. I do think Klopp’s men have enough about them to put Emery’s Arsenal on the back foot and take all three points, though.