Paris Saint Germain have been getting their results lately with solid performances. The highlight of their recent spell was the 4-0 win at the home of Thierry Henry’s hapless Monaco side earlier this month.

Thomas Tuchel knows his side will almost certainly be out if they lose to Liverpool. However, having only conceded two goals in their last five games, PSG will certainly pose a tough ask of Jurgen Klopp’s man.

Liverpool lost their two away games in this group so far. They went down 1-0 to a late Lorenzo Insigne goal in Naples and, more recently, put in a turgid performance to lose 2-0 to FK Crvena zvezda (Red Star Belgrade) in Serbia.

Since that defeat, Liverpool have beaten Fulham and Watford in the Premier League with last weekend’s win at Vicarage Road achieved through a particularly impressive patient and professional performance.

Last week, it was announced that both Neymar and Kylian Mbappe had picked up slight knocks. Luckily for PSG, it looks like both players will make it back into the starting eleven for Wednesday night’s game after missing out on their 1-0 win at home to Toulouse on Saturday.

Stanley Nsoki is also carrying an injury but should be available for selection for PSG.

Tuchel has been lining PSG out in a 3-4-3 shape, recently. It is unclear whether he will revert to the 4-3-3 formation he used in the game at Anfield in September.

Liverpool have two injury worries within their Champions League squad. Adam Lallana and Joe Gomez are both doubtful for this game.

In Gomez’s absence, Dejan Lovren should partner Virgil van Dijk in central defence with Trent Alexander-Arnold and Andy Robertson tasked with keeping Neymar and Mbappe quiet on the flanks.

I’m hoping Klopp chooses the 4-2-3-1 shape and puts Fabinho and Gini Wijnaldum in at the base of Liverpool’s midfield.

If Liverpool do lineup in the 4-2-3-1 formation then it will be Mohamed Salah as the out-and-out striker with Xherdan Shaqiri, Roberto Firmino and Sadio Mané behind him. 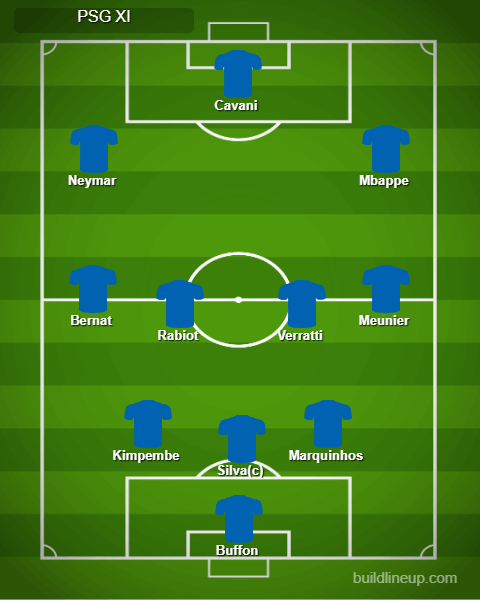 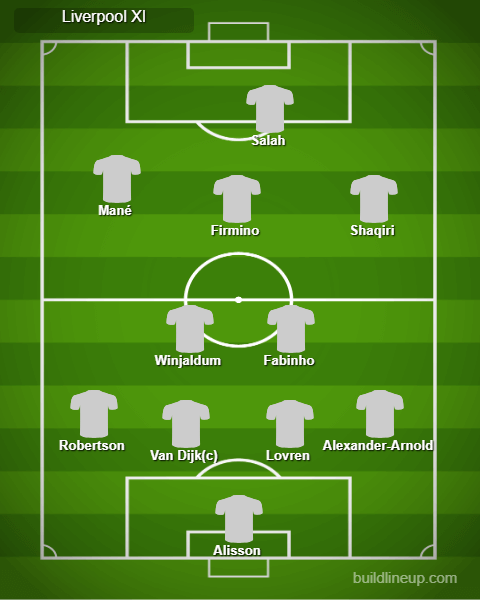 Liverpool beat PSG in a pulsating encounter at Anfield back in September when Firmino came off the bench to score a late winner.

The Reds have played PSG once before at Parc des Princes. It was in 1997 when PSG won 3-0 in the European Cup Winners’ Cup semi-final first leg. Liverpool won the second leg 2-0 at Anfield but went out 3-2 on aggregate.

It should be another high-tempo game with plenty of chances at both ends. I think a score draw is on the cards with so much attacking talent on display for both sides.