Liverpool have been battling along on the home front while three consecutive away defeats in the Champions League has left their progression beyond the group stages in that competition in doubt ahead of their last game with Napoli next month.

The Reds are still just two points behind the seemingly-unstoppable machine that is Pep Guardiola’s Manchester City’s side. Points cannot be dropped on Sunday and hopefully, we see a performance more akin to that which beat Watford last weekend rather than the leaden-footed midfield display served up to us in Paris on Wednesday night.

Everton’s form has taken a notable upturn in recent months after some initial teething issues earlier in the season. Players such as Gylfi Sigurdsson and newly-capped Brazilian international, Richarlison, have really been catching the headlines with some top-class performances for The Toffees.

Marco Silva has never lost in head-to-head games against Jurgen Klopp so Everton will probably arrive at Anfield with a certain amount of confidence on Sunday, and rightly so.

Liverpool’s long-term absentee, Alex Oxlade-Chamberlain, is the only first-teamer who is currently out of action. ‘The Ox’ is hoping to be back on the pitch at some stage in April or May.

Divock Origi, Adam Lallana and Dominic Solanke are all unavailable for Sunday’s game but none would have expected a starting place in Klopp’s eleven at this stage.

I’m hoping Klopp lines Liverpool out in the 4-2-3-1 shape and gives Fabinho a run at the base of midfield with Gini Wijnaldum. This would give a starting place to Xherdan Shaqiri, alongside Roberto Firmino and Sadio Mané, just behind Mohamed Salah who would be our out-and-out striker.

Everton’s only injury concern is Jonjoe Kenny who has been out with a knock since October and won’t be available for selection on Sunday.

Silva has had a very settled first eleven for most of the season and the only change of note has come in recent weeks with Colombian international, Yerry Mina, taking over at centre-back instead of Kurt Zouma who is on loan from Chelsea.

Everton will set up in their usual 4-2-3-1 formation and I think Silva will keep Mina in the starting eleven at Zouma’s expense.

The Reds need to watch Richarlison and Gylfi Sigurdsson who have been linking well in recent months and turning in noteworthy individual performances from week-to-week. 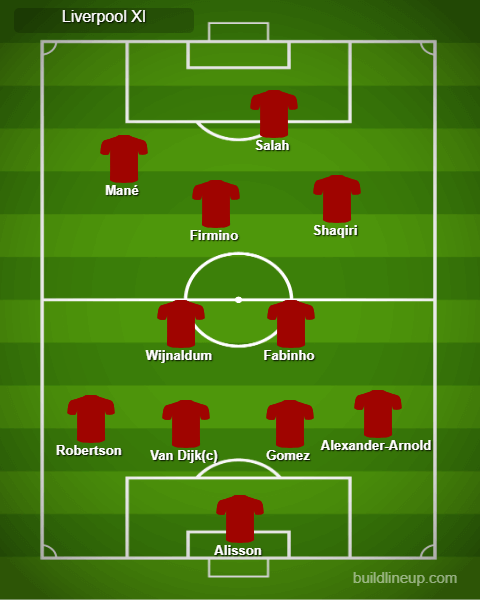 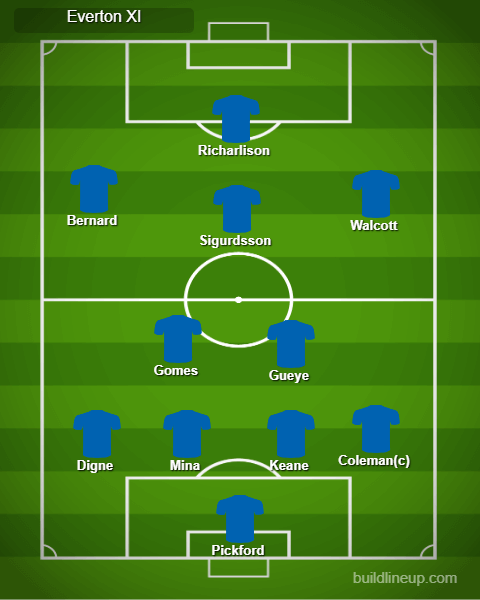 The sides drew 0-0 in their last meeting, last April, at Goodison Park. Their last encounter at Anfield was in January’s 2-1 FA Cup win which included a fantastic late winning goal from Virgil van Dijk on his debut.

They drew 1-1 at Anfield in the league last season. Salah had given The Reds the lead but a Wayne Rooney penalty after 77 minutes made sure Everton went home with an undeserved point that day.

Sunday is going to be tough. It will be a great atmosphere and I’m hoping The Reds are up for it but Everton have shown at Stamford Bridge that they are not going to be overawed by the occasion. That said, Liverpool should still possess enough strength all over the pitch to take all three points. It will be tight but Liverpool should get all three points.